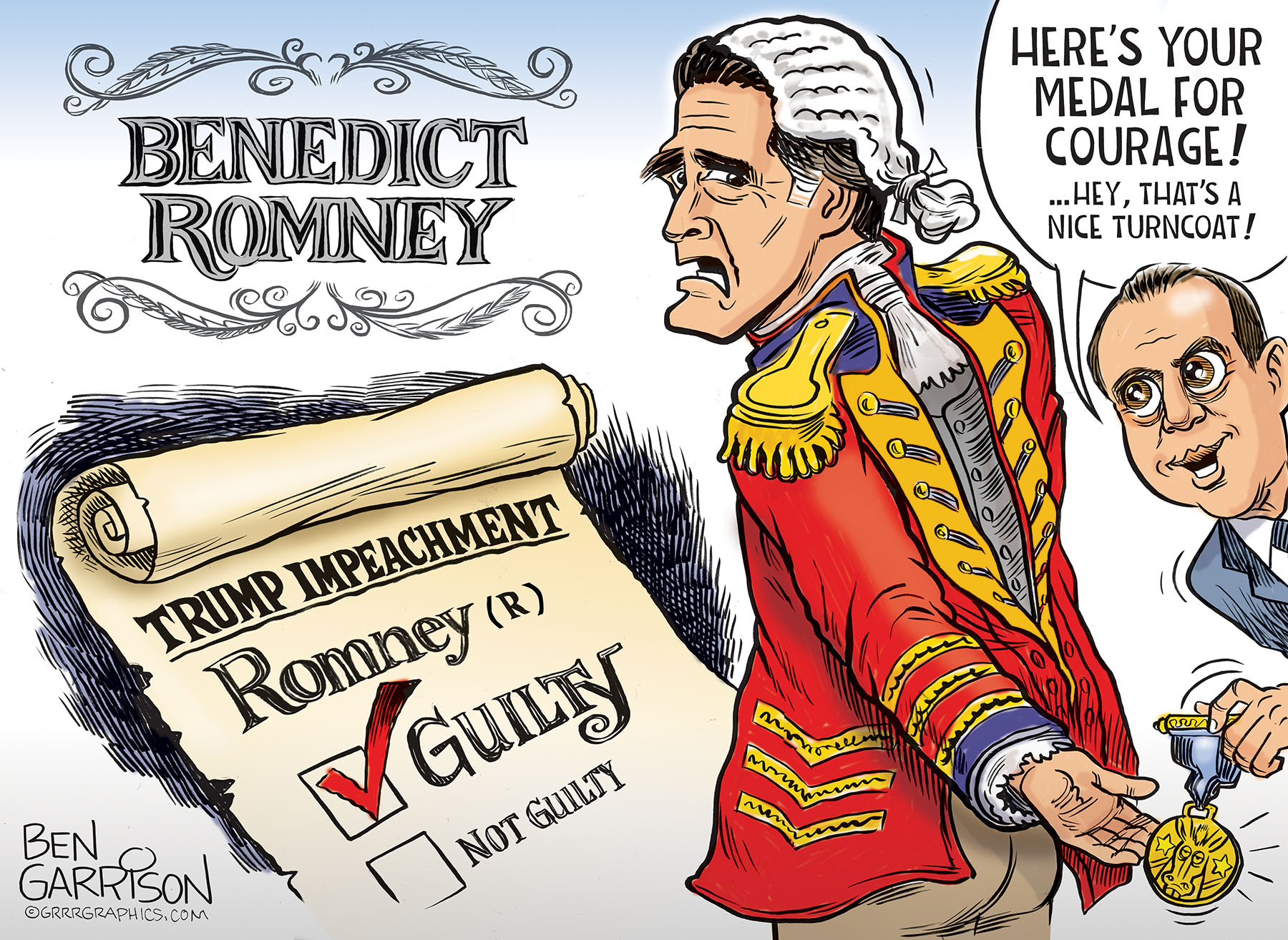 Like Judge Andrew Napolitano, Romney didn’t receive spoils from the president and so he turned against him. Romney is a notorious flip flopper who has changed his positions repeatedly. His ‘GUILTY’ vote against Trump was a flop.

Romney didn’t try very hard to defeat a very beatable Obama. He will never be president and it must grate on him to see Trump’s success. Rick Gorka, a former Romney press secretary, said the senator’s decision to convict the president Trump for  ‘abuse of power’ was motivated by bitterness and jealousy. Romney claims he couldn’t vote “not guilty” due to his conscience. We laughed out loud when we heard him say that.

Romney has a severe case of ‘Trump Derangement Syndrome.’ He is McCain 2.0.

Nancy Pelosi tore up Trump’s speech and Mitt Romney tore up any chance he had of ever being respected again by his own party.