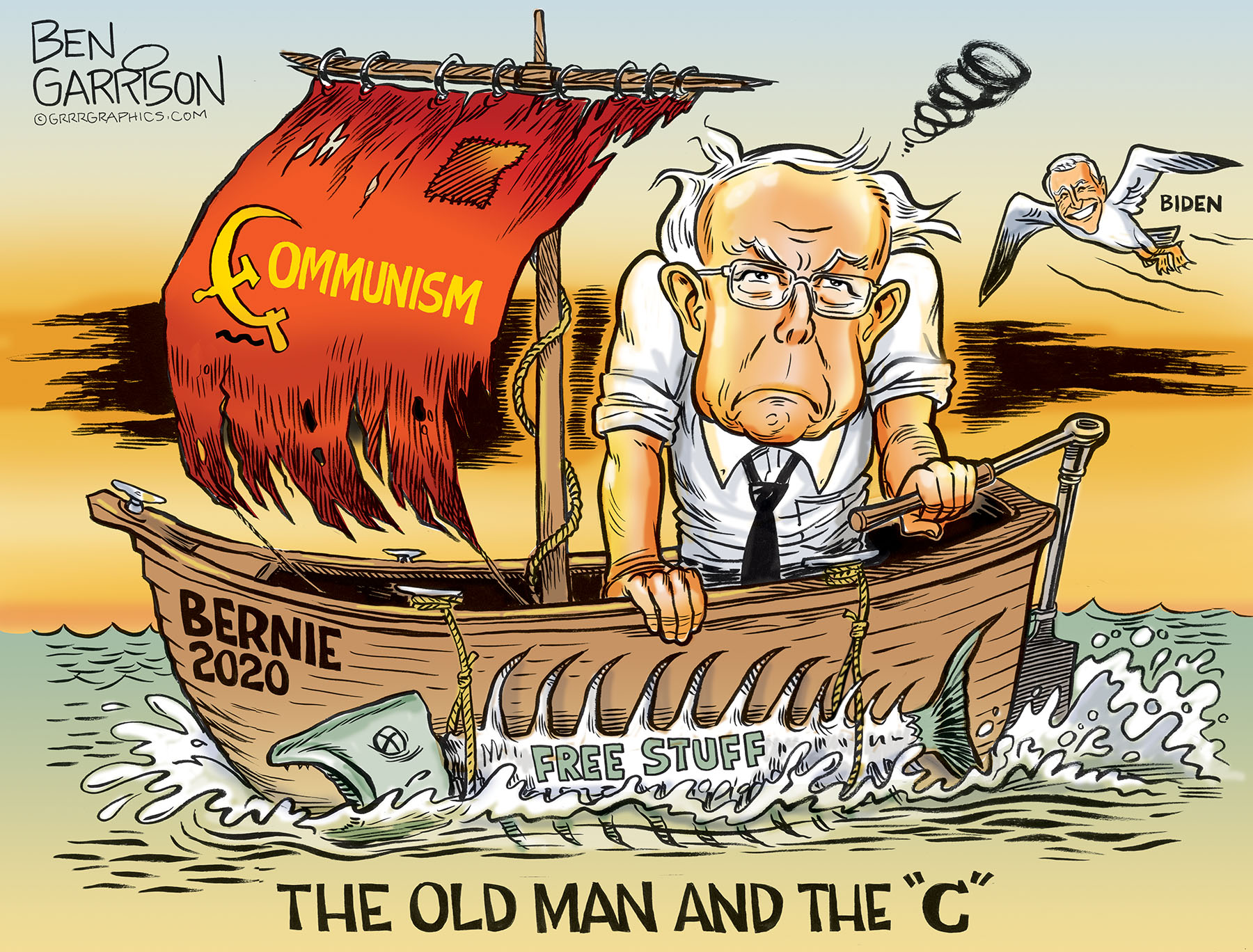 The old commie Bernie Sanders has given up on his latest presidential fishing expedition. His promise of ‘free stuff’ resonated with many, but the end result was the same. The sharks in the Democratic Party didn’t want Bernie and that was that. Instead, the Democrats have tied an albatross named Joe Biden around their unlucky necks.

I doubt Bernie will make another go at the presidency. He’s too old right now and has had heart trouble. His biggest trouble has been selling his communism or socialism, or whatever he wants to call it these days.

He wanted to reel in voters with his lure of free stuff. It did indeed attract many young voters, but those same young voters didn’t really turn out in the primaries. His bigger problem was many Americans realize socialism has never and can’t ever work. All the free stuff is quickly devoured. Once the money of others runs out, then workers must work hard to keep the free stuff flowing. Those workers have guaranteed jobs and pay, though. Why work hard if that’s the case?

Hard workers soon realize they receive no extra pay or advancement from any extra effort. They also see their co-workers getting the same pay for goofing off. Soon, everyone is goofing off. After all, the government guarantees free stuff and equality. Only the latter can be guaranteed. Everyone becomes equally poor.

The promised big fish of free stuff is soon reduced to bare bones. That’s when the government resorts to force. Everyone must work or face the threat of murder or gulags. That’s what the old Soviet Union did and it enabled them to last a bit longer than they should have lasted.

Bernie should retire, relax, and enjoy his millions. You can bet he won’t be doling it out to you and me.