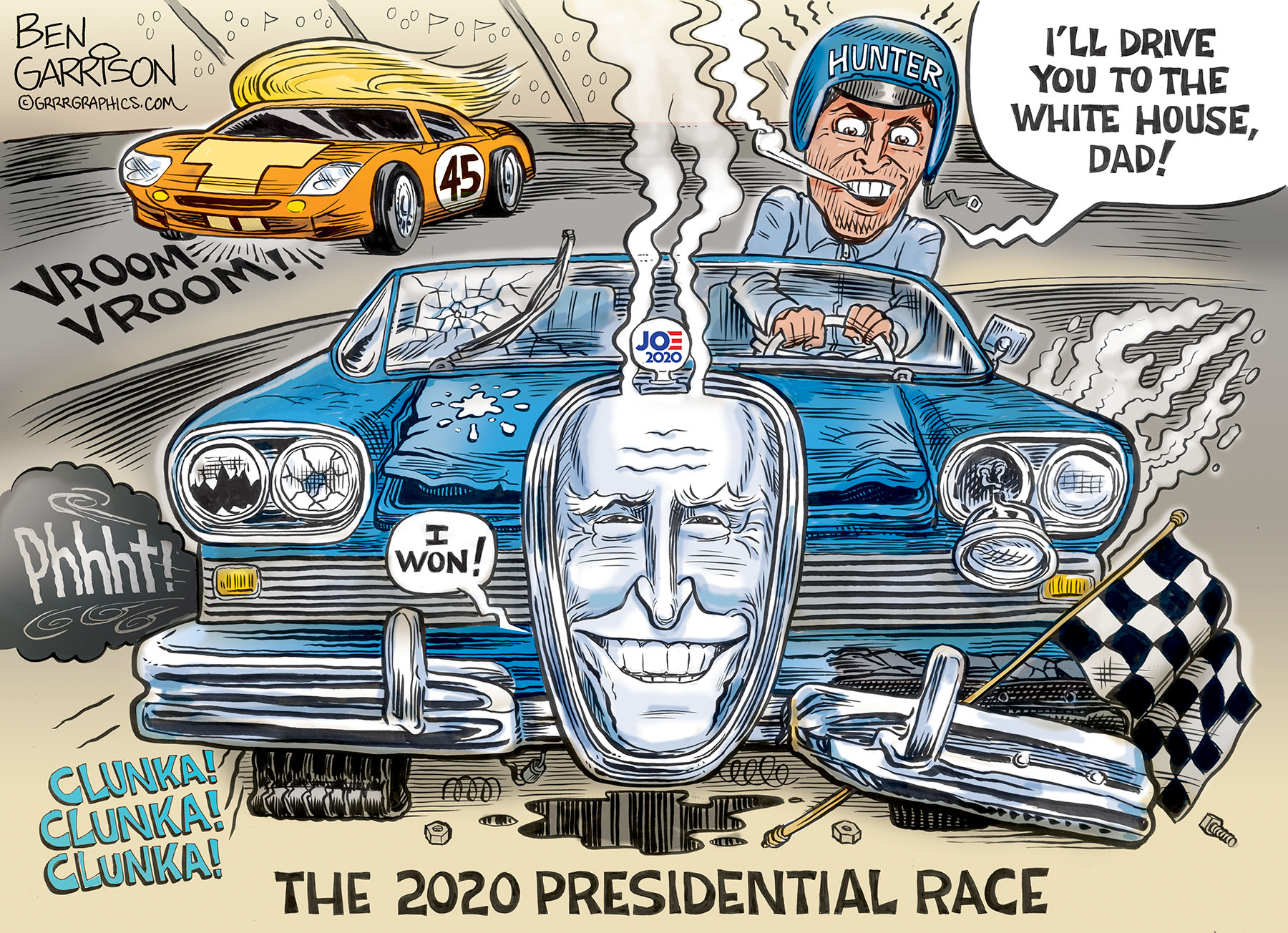 Talk about “Cash For Clunkers “

Joe Biden is a disaster on wheels.

As a candidate, he was a rolling, sputtering mess. His brain kept stalling. His air filter was worn out from sniffing. He spent most of his campaign in a basement garage. He’s a broken down embarrassment whose lies have backfired on him many times. He’s an Edsel who raced against a real race car in the Daytona 500 and somehow won. Of course he should have lost, but the checkered flag was magically jammed into his fender.

He’s a corrupt, shifty career politician who made sure his family cashed in on any government operation. His crack smoking son, Hunter, made a fortune from his dad’s influence in China, Ukraine, and elsewhere. Hunter made a pit stop and had his front grille replaced. His teeth had rotted out due to meth smoking.

The vote was stolen from Trump, who probably lapped Biden many times. Trump won in a landslide.

The Democrat Party controlled the counting in key states and they had plenty of foreign and domestic help. The rogue CIA was instrumental in the death of JFK. They helped in an attempted coup of a lawfully-elected president, Trump. I wouldn’t be surprised if they weren’t involved.  The Swamp knew Trump was a threat to them, so they went all out to steal the finish line in favor of one of their own.

If China Joe is allowed to steal the presidency, he will complete Obama’s destruction of America. His administration will be Hell on wheels. The troops will not be coming home. Instead, Biden will look for ways to start new wars, probably beginning in Syria. Pay for play will be the order of the day. The Swamp will get deeper and vaster and it will make sure it’s never challenged again. The Supreme Court will be packed and the Electoral College will be eliminated. The Democrat Socialists and globalists will take permanent power. The billionaire class at the top will get richer. Amazon will get bigger while small businesses will be destroyed. Americans will become poorer and more dependent on government. Citizens will be forced to exchange remaining freedoms for government assistance. Censorship will become commonplace. There will be lockdowns and forced vaccinations. Biden will drive us toward a dystopian society. He has no brakes.

We need a U turn here. The stolen election needs to be rectified immediately. Despite the Obama judges and establishment media who lie and tell us election security was ‘robust,’ we need justice. The perpetrators who arranged the theft, no matter how lofty their ranking, need to go to prison.

We were told to wear masks. We did not resist. Mask wearing became permanent. If we do nothing about this rigged election, the rigging will become permanent. Rigged elections mean our Republic is over. Patriots who resist will be seen as traitors to the new socialist state and eventually they’ll be sent to camps. Bill Gates and his fellow elitists think they own and control everything. They will solidify their grip on power and the Swamp will drain us.

A great many caution flags are now flying.

(Special thanks to Bob B. for his cartoon suggestion).