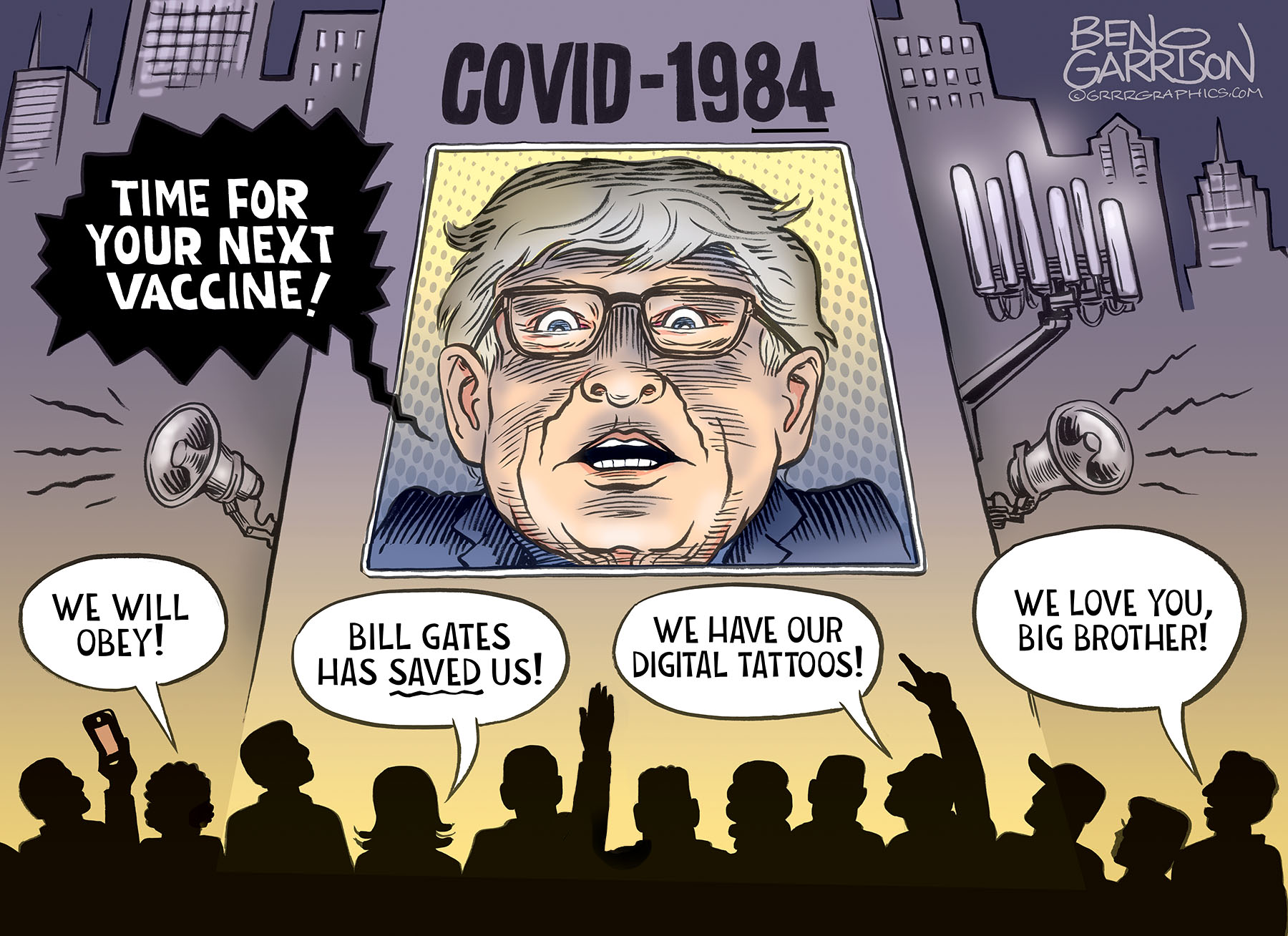 I keep thinking of the late Aaron Russo’s excellent video, “From Freedom to Fascism.” His video helped wake me up and if he were alive today he’d be very disappointed at how easily Americans have fallen lockstep in line with whatever big government ‘authorities’ tell them to do. We’ve now arrived at the Orwellian police state he warned us about.

Bill Gates is worth over $100 billion and like his fellow billionaire George Soros, he funds a great many organizations to help him reach his goal. Bill wants medical tyranny, which will result in eugenics.

Gates is neither a doctor nor an elected official, but his control over us is staggering. Gates funds globalist medical institutions such as the World’s Health Organization, headed by a communist revolutionary and close friend of China. Gates has many medical and pharmacological stooges working for him—including the diminutive Fauci, who helped make sure American taxpayer money went to fund the coronavirus research in Wuhan.

While the Covid-19 virus may be real and dangerous, it’s being way over-hyped and over-blown by the medical tyrants and the mass media, who drum a daily beat of fear into the heads of citizens. For decades, the globalists have used their climate change narrative as a means to make us all afraid. They wanted to make us feel bad for breathing, as if we all were some sort of cancer that was destroying their planet with fossil fuels. They wanted the Green New Deal to destroy our industry and economy, thus making it possible to usher in their vision of complete control over the populace by means of tracking, social credits, and digital currency.

The virus is working much better for them than their climate change bunk. They want to portray humans as a virus infecting the planet. THEIR planet. They own it. They see us as nuisance.

The very top of the pyramid, including Gates, owns and controls most everything and they want us fearful, masked, and content at losing our income and ability to socialize. Social distancing prevents protest. They certainly don’t want a repeat of “Occupy Wall Street.” Bear in mind there is no law that people can’t gather, but the police haven’t let that stop them. In many states, the cops are handing out huge fines and threats of jail time. Churches have been targeted. They want faith directed at Gates, not God.

So here we are. A squeaky-throated computer nerd named Bill Gates is now Big Brother. He expects the economic stranglehold to produce such fear and desperation that everyone will gladly take his vaccine and be digitally tracked.

Humans are NOT a virus. Resist the vaccine as if your life depends on it, because it will. Down with Big Brother!