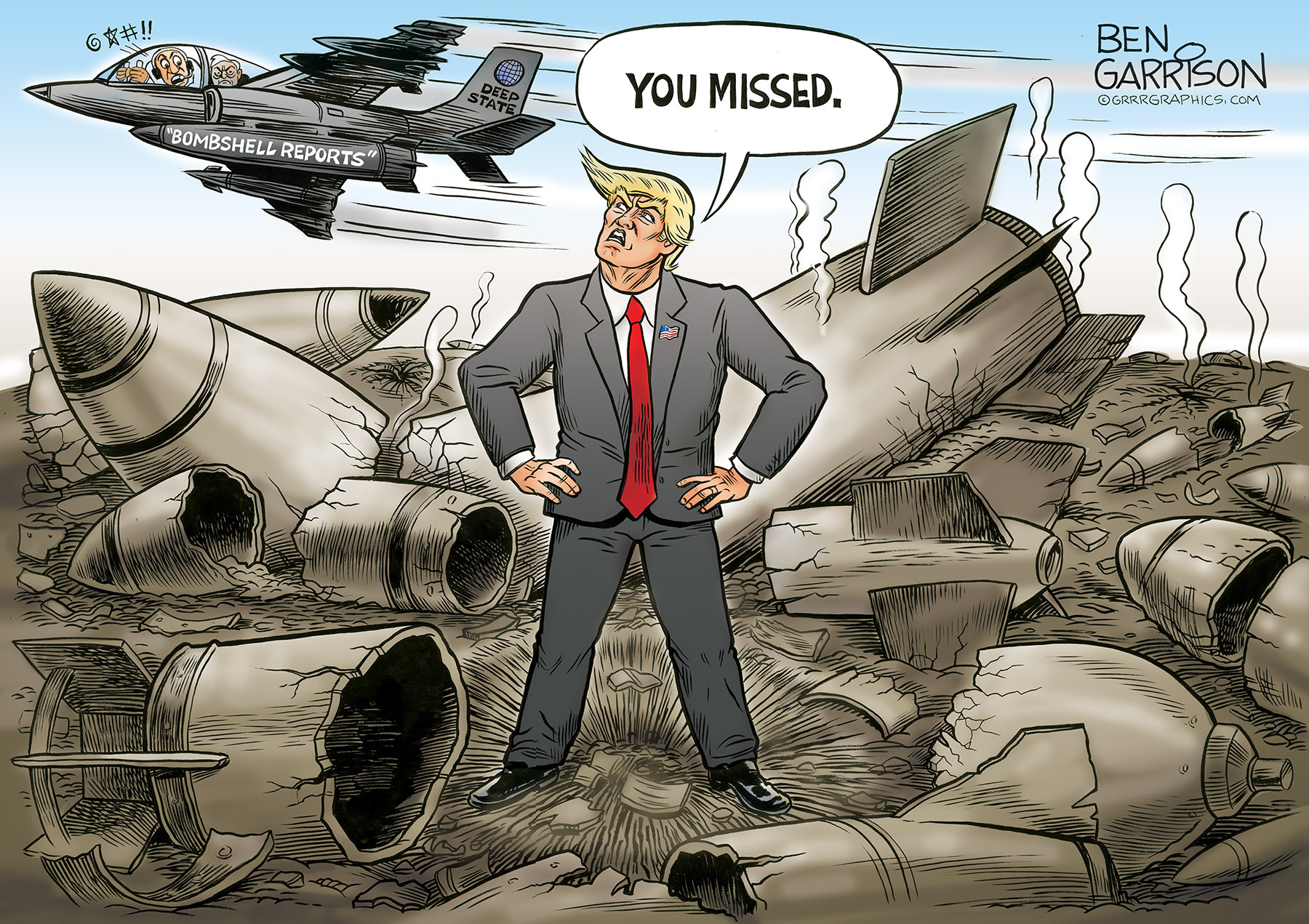 Those lying, left-leaning lunatics who sully the name of journalism released another ‘bombshell’ designed to destroy President Trump. Buzzfeed dropped such a bombshell and everyone thought it would mean the end of Trump. It was another dud. Buzzfeed has lied so much they should change their name to ‘Bunkfeed.’ The coastal city newspapers and former ‘mainstream’ media as well as the liberal Internet media remain relentless in their determination to remove a lawfully-elected president from office by means of outright lying, which really amounts to sedition.

Bill Maher relentlessly calls Trump a traitor and Putin puppet, even though there’s not one shred of evidence to support his vitriol. “Trump is DaAaangerrrousss!” Maher exclaimed. So are you, Bill—you’re a dangerous Deep State tool. Your handlers know how comedy helps sugarcoat their propaganda. There IS plenty of evidence to show Hillary and Mueller colluded with Russia, but that is ignored. Maher called Trump a traitor who should be removed from office. That’s the main purpose of the Deep State’s lying media megaphones. They will make up any kind of bunk to justify the removal of our lawfully elected president. Trump’s life is also in mortal danger. It’s a good thing he has many levels of  security protecting him.

Opinion is one thing, but reporting ‘facts’ that are quickly revealed as lies is bad journalism and a disservice to citizens. Breathless, breaking news and large headlines are used to grab attention. Lies are screamed out to suggest Trump is guilty. Then, later and in a much quieter manner, their stories are refuted or retracted. Yet the lies are what the public remembers. Hearsay or anonymous sources are used by such the legion of those nattering nabobs of Trump negativism. They are paid to perform their jumping jacks of lies when their Deep State handlers pull their strings. The LA Times, The Washington Post, The New York Times, Yahoo, The Huffington Post, Buzzfeed, and a legion of other liberal mouthpieces are now constantly spewing slanted, anti-Trump hatred. They hope one of their bombshells will eventually explode and do damage.

None of their bombs have hit the target and they can’t stand the fact that President Trump is still standing.