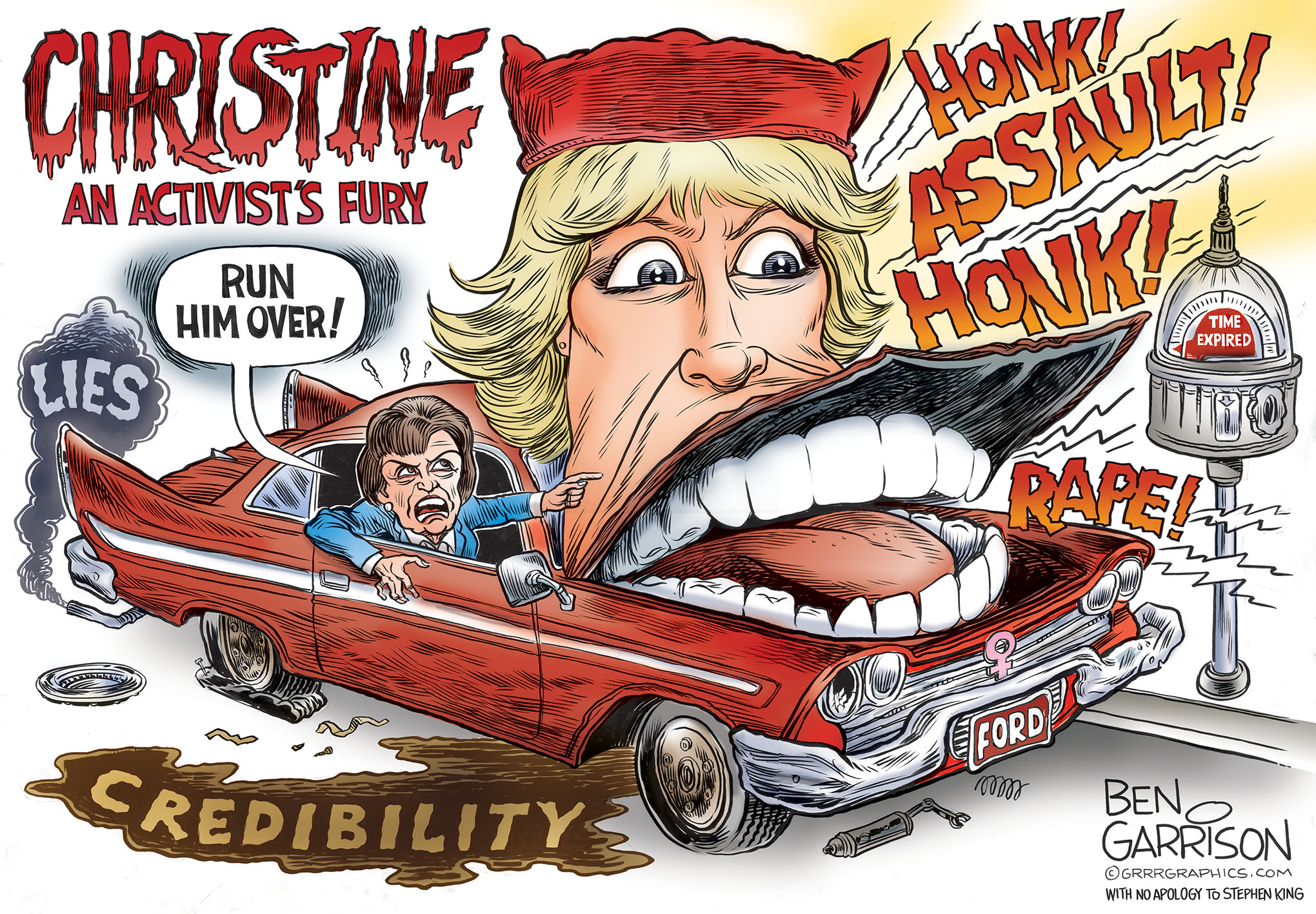 Like the car “Christine” in Stephen King’s novel of the same name, Christine Ford seems haunted by past trauma, but her timing belt is off.

She’s waited over 30 years to scrape rust from her memory and come forward with accusations toward an honorable man who should become our next Supreme Court Justice.

She has accused Kavanaugh of stepping too hard on the sexual gas pedal when they were both teenagers at a drunken party. Kavanaugh categorically denies any sexual assault took place and in fact, he said he wasn’t even at the party.

Ford can’t even remember the year the party took place, nor could she recall how old she was or even how she got there.

It just so happens she’s also a far-left anti-Trump feminist and activist. As a car, she’d be making a lot of left turns.

To make matters even more risible, Hillary Clinton stumbled forward in full sanctimony to announce Ford ‘deserves the benefit of the doubt.’ Bill’s rape and sexual assault victims did not receive that same benefit from crooked Hillary. She did her best to silence and humiliate them further.

Senator Feinstein is doing her best to stop Kavanaugh and Trump any way she can. If that means assassinating someone’s character, so be it. She has no conscience or honor, only frenzied partisanship that borders on sedition.

Fight the Sedition of the Left- Join Ben on Patreon! Patrons Receive Early Release of Cartoons and More!

As for Ford, she’s missing a piston. This will probably become apparent when Congress carefully overhauls her testimony.

PS.I know the car “Christine” in Stephen King’s novel of the same name was a Plymouth Fury and not a Ford. I claim artistic liberty. 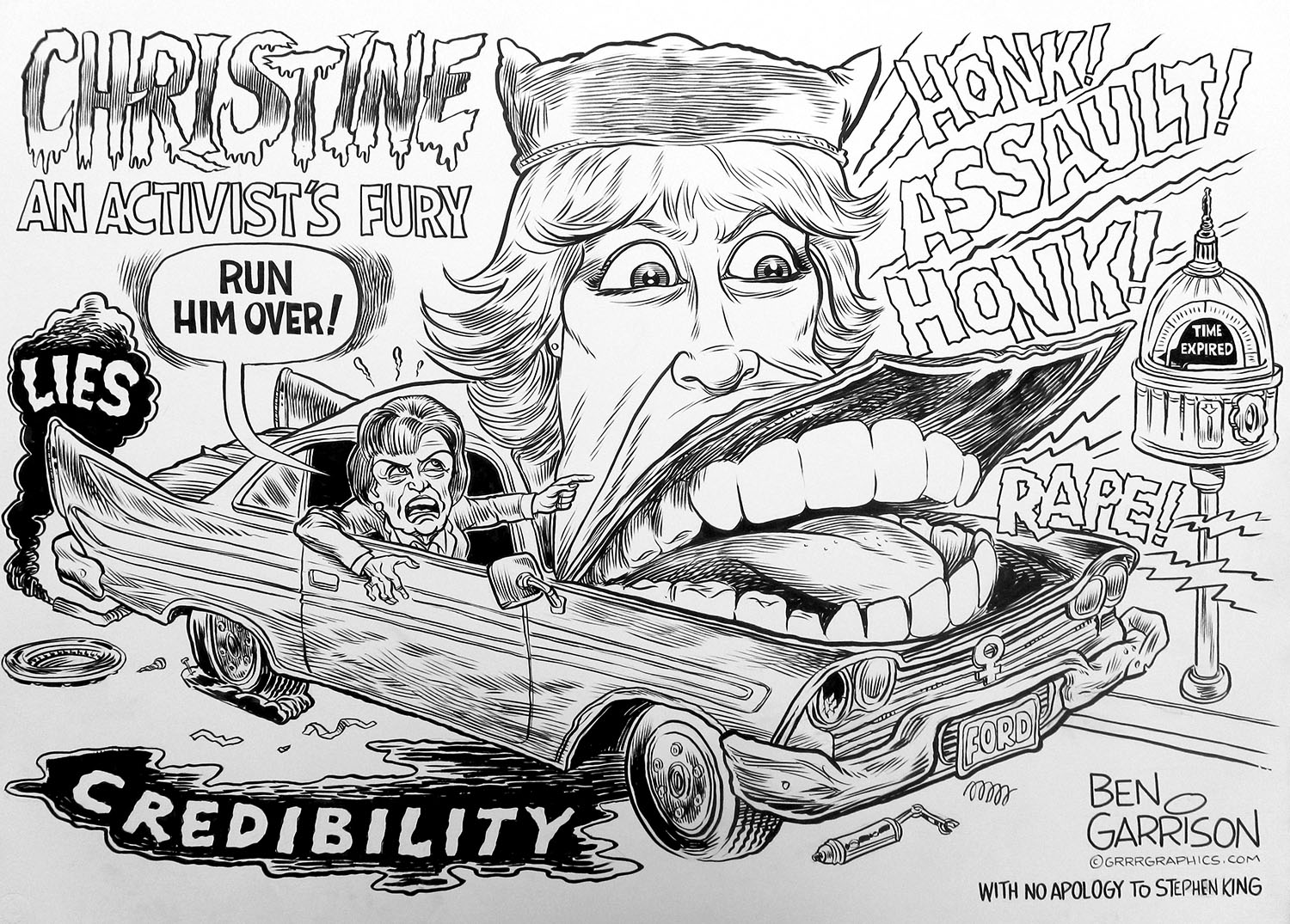