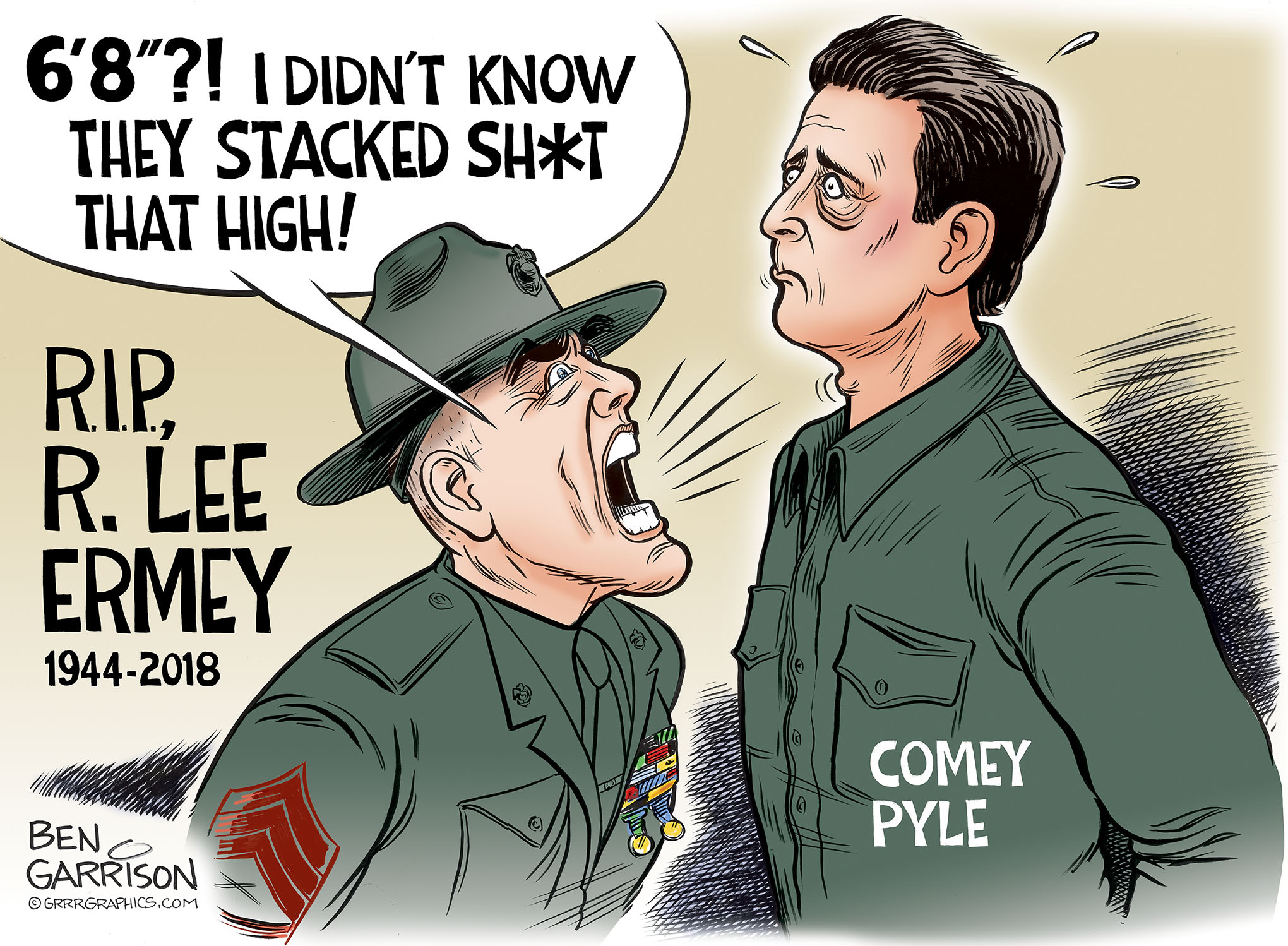 Ronald Lee Ermey died yesterday from complications due to pneumonia.

He was best known for his drill sergeant roll in “Full Metal Jacket.” He also followed us on Twitter.

Ermey said the Obama administration was trying to destroy our country so that it could be more easily driven toward socialism. He was exactly right about that, but he apologized when he realized it would cost him work.

It cost him, all right. Despite his remorse, Geico, a company for which he was doing commercials, fired him and then Hollywood shunned him as well. The leftist oligarchy always goes after people who stand up against socialism by destroying their ability to make a living. It happened to me, too.

Ermey supported Ted Cruz, but he also knew Donald Trump and was happy to see him elected because it meant our Second Amendment rights would be kept safe

I added Comey to the cartoon for comic relief. 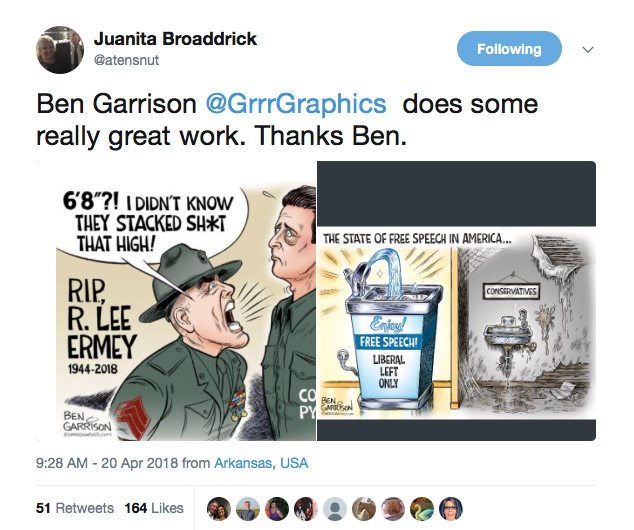