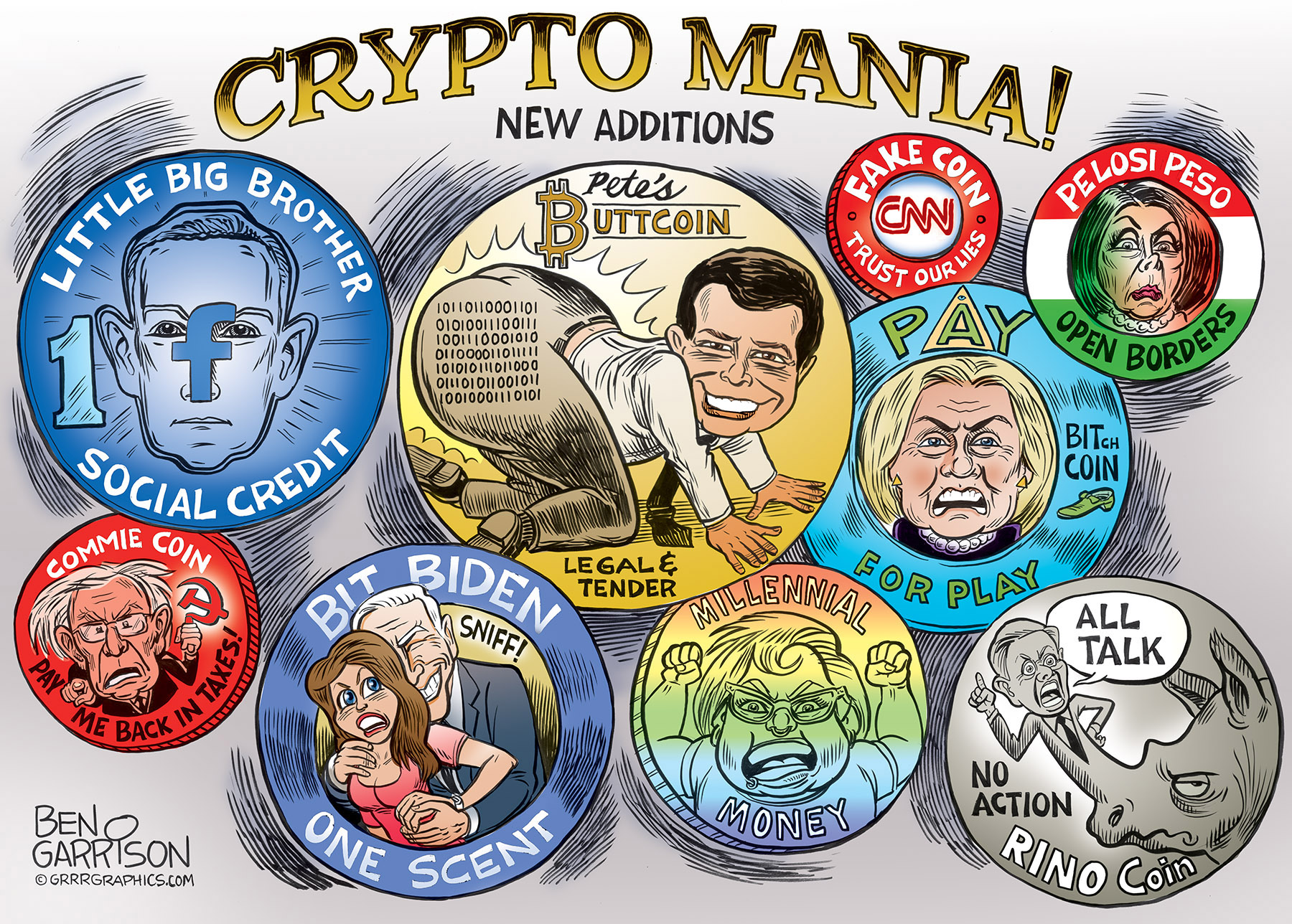 Bitcoin is making new highs for the year and it inspired me to draw this cartoon.

Mark Zuckerberg is going to roll out a Facebook cryptocurrency based on a reliable blockchain called “Libra,” suggesting scales of justice. It will be his justice, of course. VISA and PayPal are already backing it, and to me that raises even more red flags. I think it will be used to advance a social credit system like the one currently being used in China. While ‘Libra’ is supposed to help make purchases on select sites, it will also inevitably be used to regulate behavior. Positive posts on Facebook might be rewarded while perceived negative ones will cost users. In this manner they hope to control online behavior through the use of their cryptocurrency.

The rest of the coins in my cartoons are meant has humor, but Zuckerberg’s crypto is no joke. It’s scary because it’s not just about convenience—it’s mostly about control. The authoritarian control freaks, including Zuckerberg, are already fabulously wealthy, but they can’t fully control Bitcoin. Their solution is to come up with their own cryptocurrencies. Once they get the public hooked on them, they’ll be able to penalize or turn off accounts as they see fit.

This is why going cashless is a bad idea. It’s also why it’s a good idea to have real money—gold and silver—hidden but handy. They can’t turn off gold.