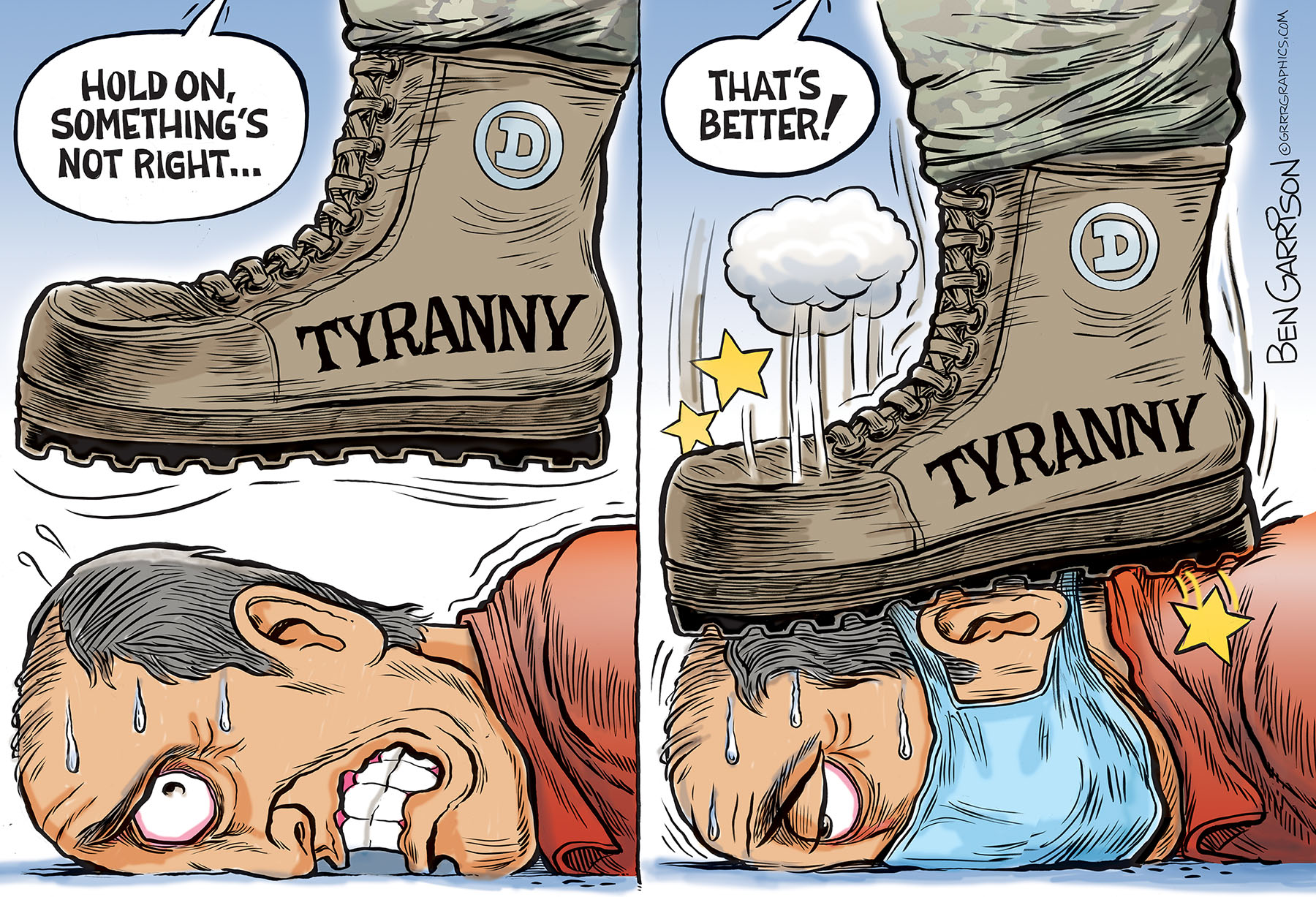 The Democrats have become the party of lies, tyranny, and sedition.

The Democratic Party doesn’t care about the middle class or if people have jobs. They want a ‘Green New Deal and ‘climate change’ action, which means the mass destruction of energy jobs. “Lunch Bucket” Joe Biden told coal miners that he would shut down their jobs and that they should ‘learn to code.’

We’ve already lost a lot of our rights. Thanks to rogue agencies such as the NSA, CIA, and FBI, our privacy and Fourth Amendment are gone. Thanks to the social media barons, our First Amendment is being obliterated. Google, Twitter, Facebook, and YouTube obey China, not our Constitution. If China Joe is elected, he will attack our Second Amendment.

The Democrats are now running their ‘pandemic’ game plan. Bill Gates and his medical goon, Dr. Fauci, made sure the Wuhan virus lab was fully funded. Masks are required just because Democrat mayors and governors say so. It’s about compliance, not safety. It’s a scam. Very few have died from the coronavirus. They quarantined and locked down millions of Americans who weren’t sick. Next the medical tyrants will demand we all get jabbed with their mandatory, DNA-altering vaccine that comes with tracking technology. It’s the mark of the beast.

Hydroxychloroquine? It works, but according to corporate news and Silicon Valley media, we must ignore that and pay attention only to the global health “authorities.’ Obey Bill Gates, who has successfully purchased ’science’ and scientists for his own ends.

Masks and vaccines are not about keeping us well. They’re about making us slaves. Dementia Joe Biden wants to make social distancing and masks a law. Wearing a dehumanizing mask will become a permanent requirement for the slaves. The slave masters won’t have to wear them. We’ve already seen Nancy Pelosi and Dr. Fauci pull theirs down when they thought they were off camera.

If they can’t beat Trump fair and square, the Democrats will engineer a coup. It will be supported by massive amounts of propaganda and lies. Nancy Pelosi has already condemned Trump and the GOP as ‘domestic enemies.’ Obama’s generals and Deep State functionaries have also railed against Trump. They say he is “dangerous.”

The Democrats have become the party of lies, tyranny, and sedition.