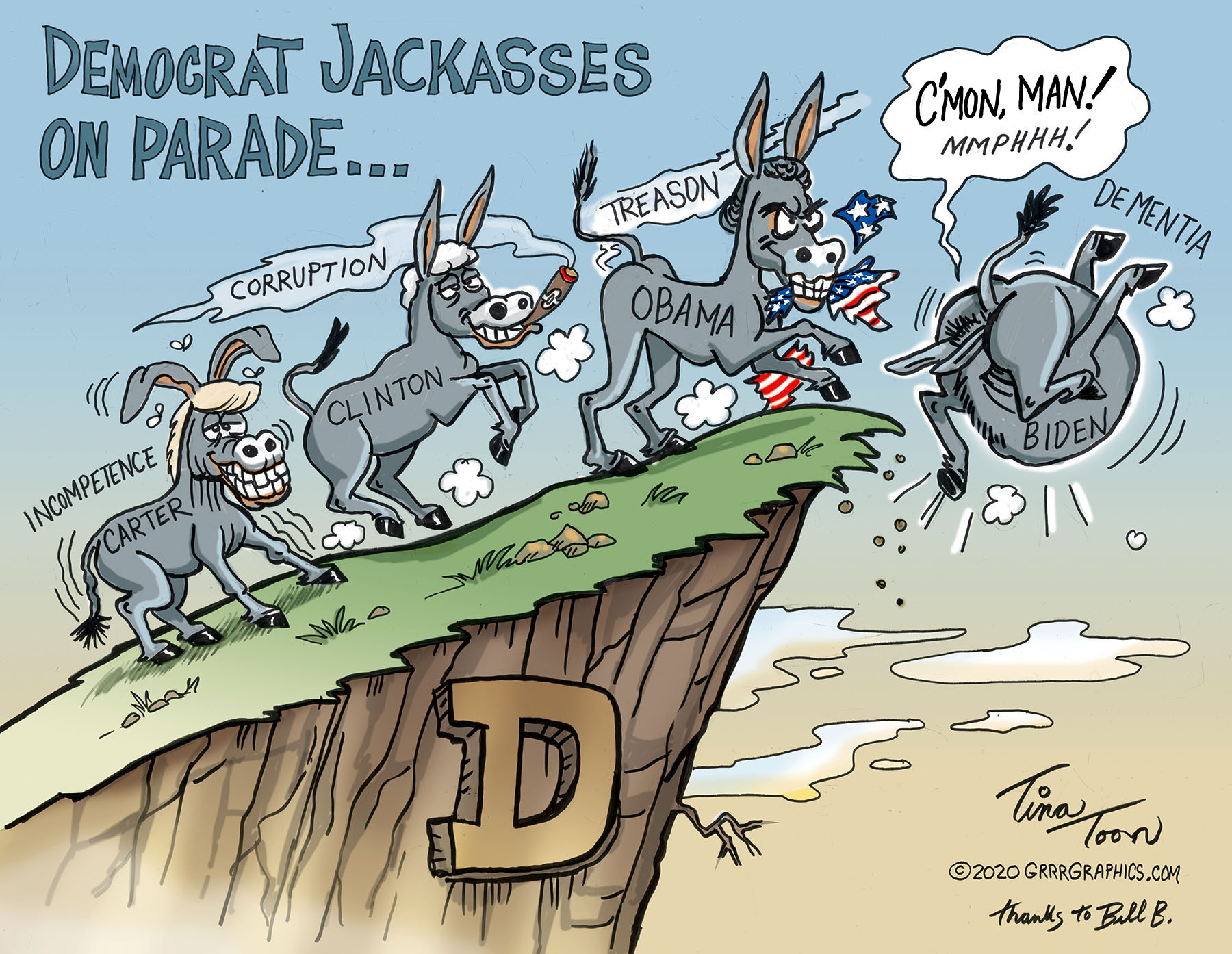 Having lived through the Carter, Clinton, and Obama presidencies, we have come to the realization that nothing good ever comes from a Democrat President.

Biden is a walking disaster and would be worse than Obama (if that’s possible). Biden will be just one more jackass in the long line of jackasses post JFK.  The radical Democrats do not solve problems, they create problems and then tell you they will “solve” the problem that they created, IF you vote for them. You are seeing this right now as Biden claims he will create jobs for the American people, “Build Back Better”, after the Democrats and their lockdowns destroyed Trump’s economy.  Luckily for us, we the people see through this and realize the Democrats will say and do anything to regain power and once they achieve it, they won’t let go.

Anyone who criticizes a future Democrat President will be a “racist” or a “conspiracy theorist” or a “sexist bigot”.

Any future Republican President will be a “racist” or the “election was stolen” or “white nationalist”.

We see how this game is played.

RIP Democrat Party of JFK you are missed.