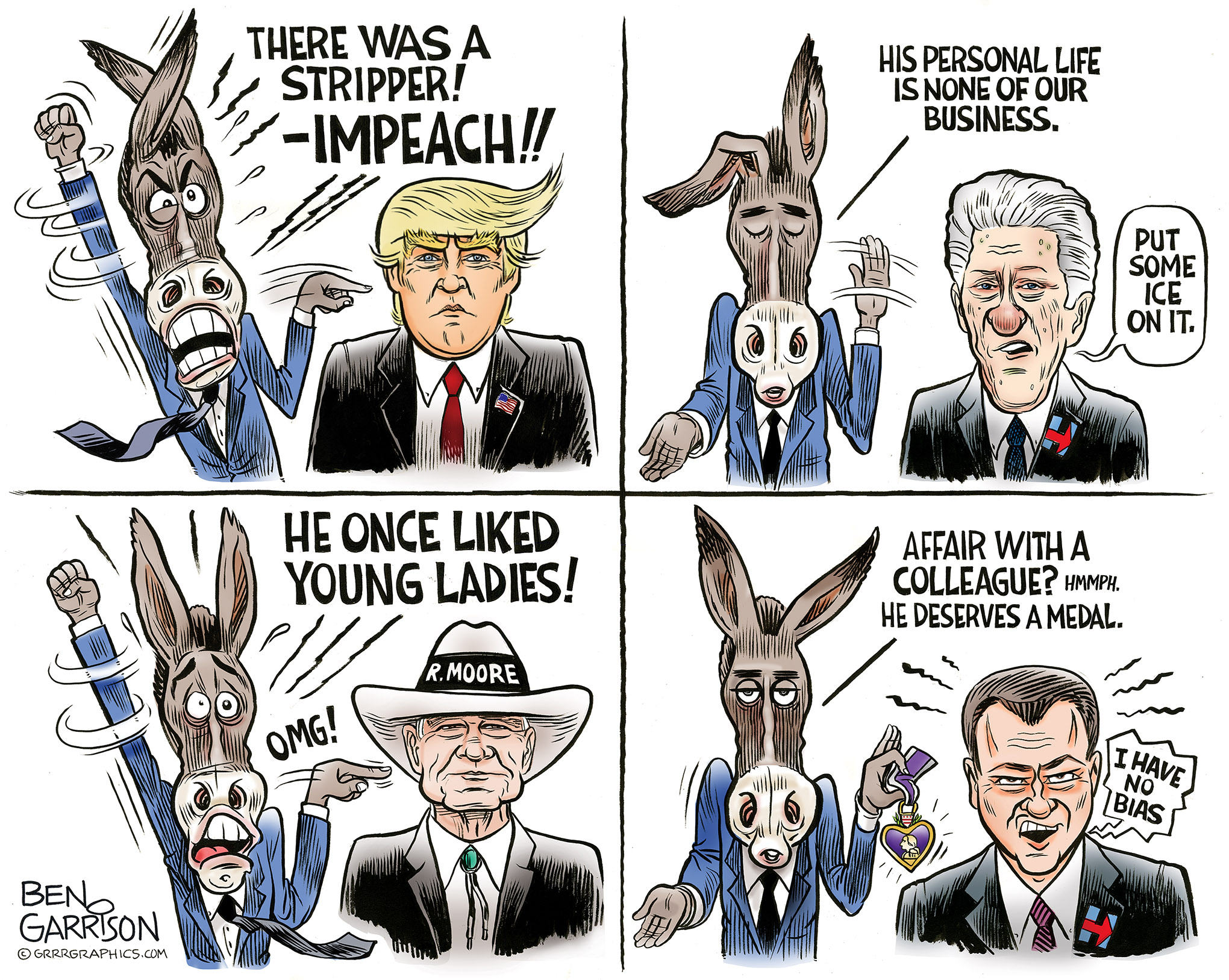 Sex has always been integral to politics and elections.

Gary Hart was dropped out of the ’88 presidential race when his affair was revealed. An affair also ruined the vice presidential candidacy of John Edwards, a smiling senator from North Carolina with perfect hair.

Many presidents have had affairs while in office, especially Kennedy. The press ignored his escapades. Clinton admired Kennedy and he also had an insatiable appetite for women. The legacy media too largely ignored this until the Monica Lewinsky scandal broke.

Yes, the government should stay out of our private lives, but the taxpayers are paying politicians such as Clinton. He abused his power by carrying on with a young intern in the Oval Office itself. The left-leaning press also ignored evidence that Bill sexually assaulted and even raped several women. Such behavior gets overlooked since Clinton was one of their own.

The biased left-leaning media also shamelessly went on an all-out assault on Judge Roy Moore’s reputation, claiming he liked to date teenagers when he was a young man. Some of the proof was questionable and downright concocted, but it was enough to cost him the Senate election in Alabama.

Last week we saw Republican Congressman Louie Gohmert question FBI agent Peter Strzok, and he brought up Strzok’s affair with a colleague, Lisa Page. The left gasped and shouted out their moral outrage to silence Gohmert. They went into the same, loud sanctimonious outrage mode that they use against Trump.

Hypocrisy at its finest.

Strzok was obviously biased against Trump and pro-Hillary. That made him a hero to the Democrats, and one of them even said Strzok deserved a medal. No—he deserves to be fired from the FBI. 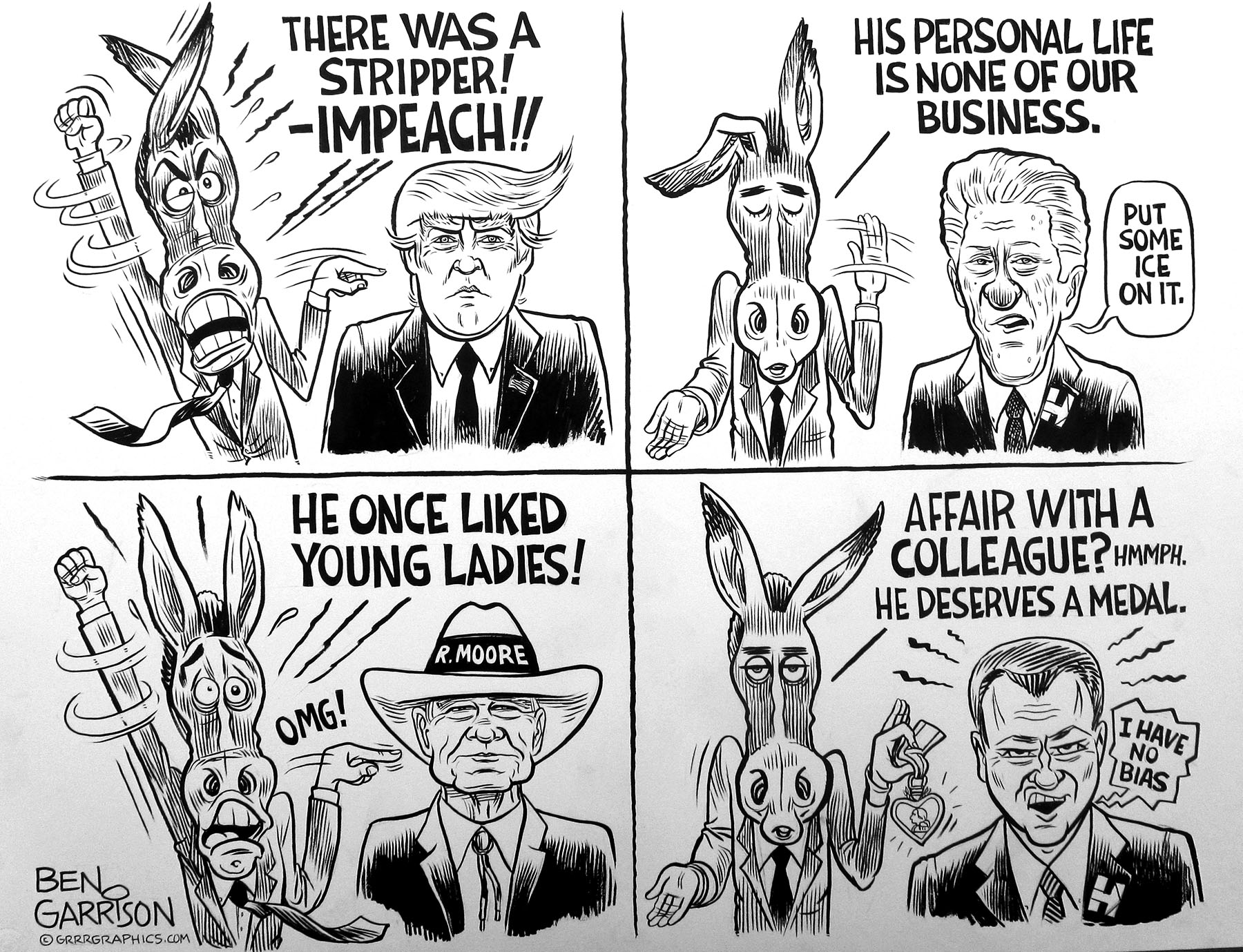