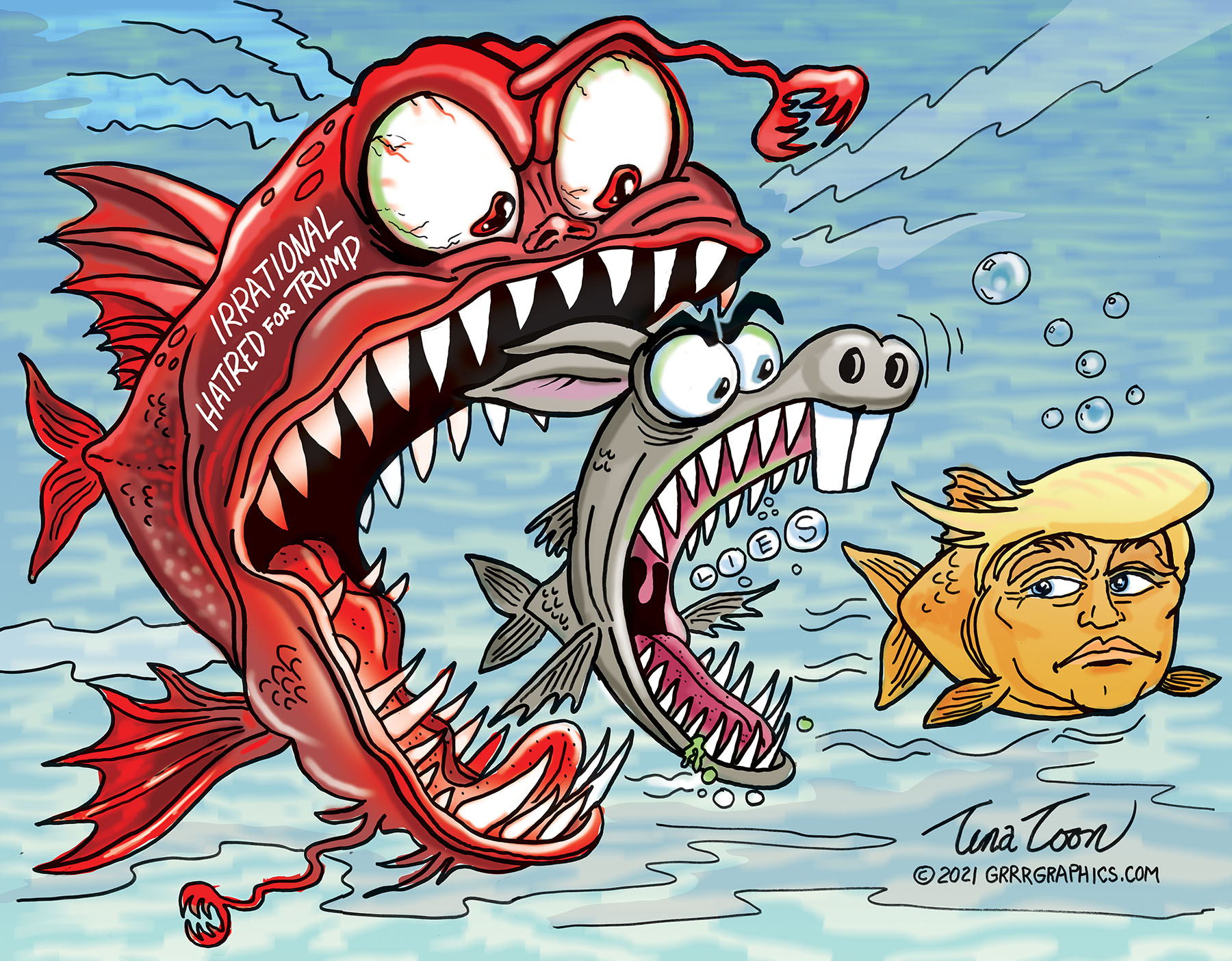 From the minute Trump rode down the golden escalator with the lovely Melania in 2015, the political establishments of both parties hated him. At first they mocked and laughed at him, calling him names like “clown” and “TV con man,”  but their laughter turned into disbelief when Trump won the 2016 Presidential election.  “Trump is President, how can that be?” they wailed.  Politics Incorporated  was rocked, and the mockery quickly turned into red, hot hatred.

Angry Democrats and the lap dog media threw everything at Trump. Russian collusion, pee pee, Stormy, “fine people”, and on and on. I won’t bore you with the laundry list of everything they accused Trump of.  They impeached him in Pelosi’s Palace of Hate, the Democrat controlled House.

And now, they are impeaching Trump once again after he has left office. Never before has a former President been impeached after he has left office and become a private citizen. It’s unconstitutional. Of course, the Constitution means nothing to Democrats, they only quote it when they can use it to their advantage, otherwise it can be ignored like all the other laws the Democrats ignore.

“Orange Man Bad” is what the Democrats can proclaim, even when ORANGE MAN is no longer President.

The Democrats are SO ADDICTED TO HATE, they can’t quit!  The Democrats are like a ravenous junkie looking for that next hit of Trump hate so they can feel morally superior over ORANGE MAN and his “rube racist ” supporters.  The Democrats want to make sure Trump never, ever runs for President again. They want to punish, censor, and persecute any and all Americans who voted for Trump.

They want to erase Trump, AND YOU, from history.

The biggest boomerang in American history  just made a tight curve and is barreling back towards the Democrats at warp speed.

I have no idea what is going to happen, but we are on a collision course with history and the American people will not be sitting on their hands.

The Democrats are consumed by their own unhinged hatred and have over reached. Everyone knows it. This is why they are so scared of Trump and feel they have to cripple him with a second impeachment.

We are living through a modern day Salem witch trial and future Americans will look back at history and shake their heads with disgust saying, “How could they have be so stupid and hateful.”

The Democrats are out to get you. Never forget that.

WWG1WGA  (not a conspiracy theory)