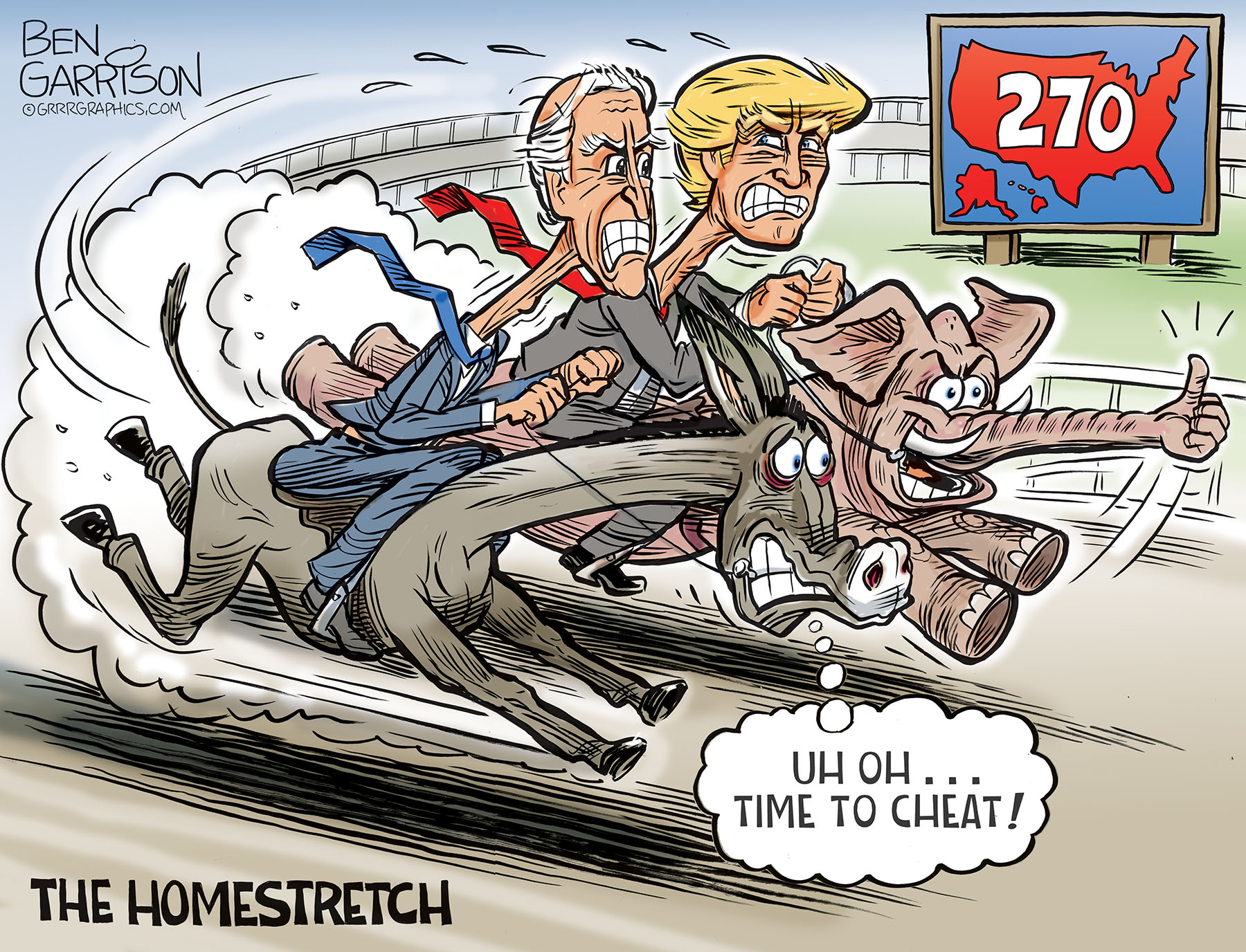 We predicted Trump would win by a landslide. We were wrong. Too many Americans cast their votes for a very old and corrupt career politician with dementia and his running mate, who is a communist. Kamala wants to make us all ‘equal’ by means of government force.

Or are we wrong? The Red Wave was real, look at the surge in Florida of Black and Latino voters breaking for Trump.  There was no voter fraud in the Republican run state and it showed.

Think!  Why would people want to vote for someone (Biden) who wants to destroy our economy, make us wear masks permanently, protect the swamp, and will sell us out to China? Because they want free stuff. Snowflakes young and old want big government to take care of them. Freedom? Meh. They’d rather have government censor us and take away our guns.

We shall prevail- Help us take on the Swamp with a donation today!

It was looking good for Biden at first. The stock market futures plunged. Then Trump made a big comeback and took Texas and Florida. The stock futures skyrocketed. Everything pointed to Trump’s reelection. Then suddenly, it all stopped. Certain key states had to count mail-in ballots. About 3 a.m. Mountain Time (my time) Biden magically overcame a big deficit in Wisconsin and took the lead. I expect him to take the lead in Georgia as the Democrats find fresh ballots mailed in from dead people and pets. Trump’s ballots were probably dumped along the road. Oh, but the Democrats say there have been no irregularities and we must believe them.

We need to get back to people voting at polling places. Mail-in ballots are too easily abused.

Trump has never lost anything in his life, and you can be sure he will not lose this election. A team of MAGA lawyers have been assembled and are ready to take on the Democrat’s fraud.

Stay calm, keep it together and pray for our President!