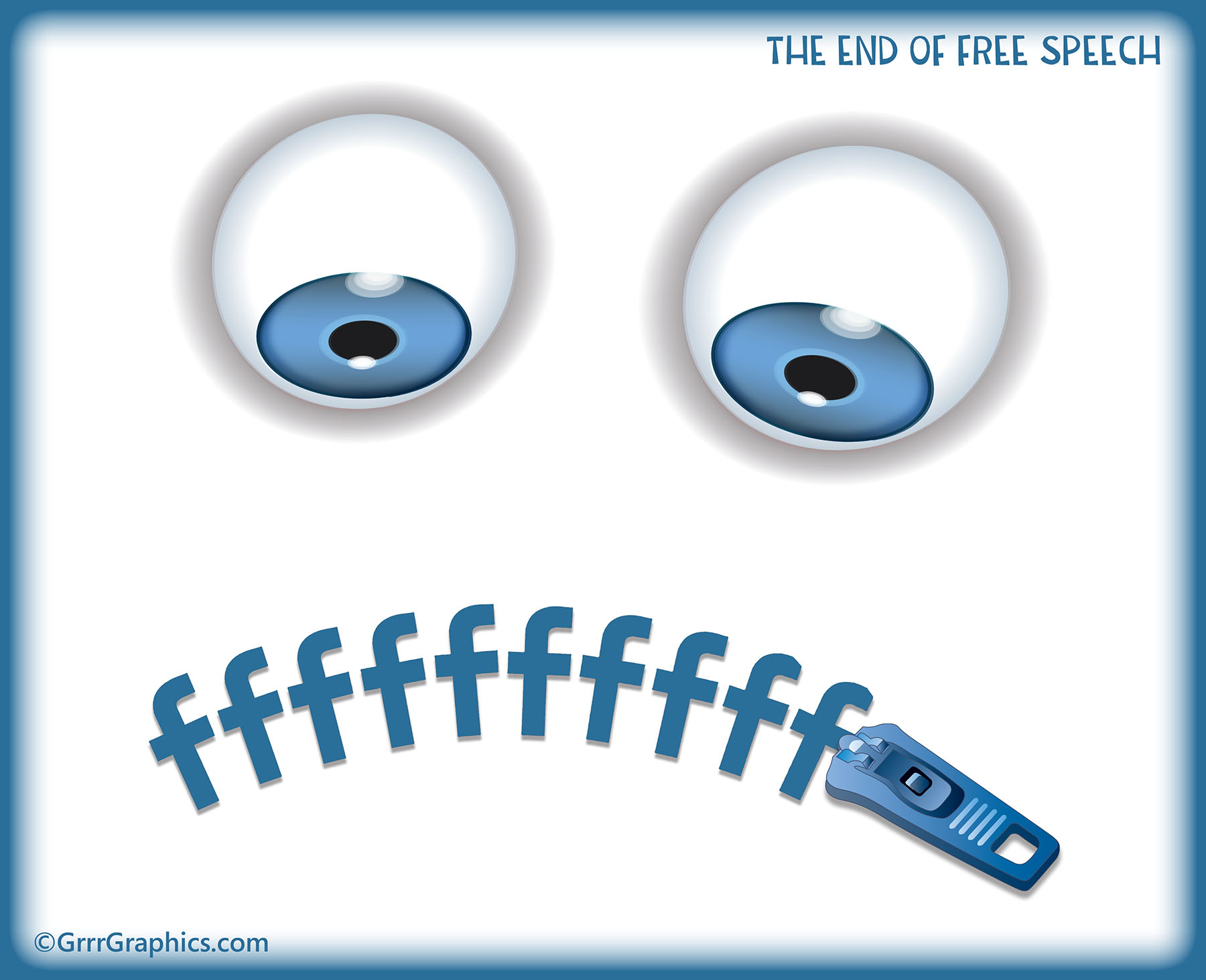 Facebook has banned real, legitimate political speech on its platform. A lot of people get their news from Facebook as well as Google and Twitter, but now the Silicon Valley companies run by billionaires think we no longer deserve a First Amendment. Like the communist tyrants in China, they want to dictate what can be said and what can’t. Zuckerberg, like the other social media moguls, loves China’s system of thought control. The Facebook billionaire even asked President Xi to name his child.

If we don’t elect representatives willing to fight for our freedoms, then we’ll slide deeper into slavery. If the corrupt mass media are allowed to help steal the election for Biden, it’s over. We will be allowed to repeat only the official narratives of the globalists. If we are allowed to speak at all. Eventually that speech will be in Mandarin.

Had enough? It’s time to push back- if we don’t resist and push back BIG Tech will roll over us and our freedom will be lost forever!

Urgent- We need your support! Only A Few More Days to the most important election of our life time! Support free speech and support GrrrGraphics Cartoons!