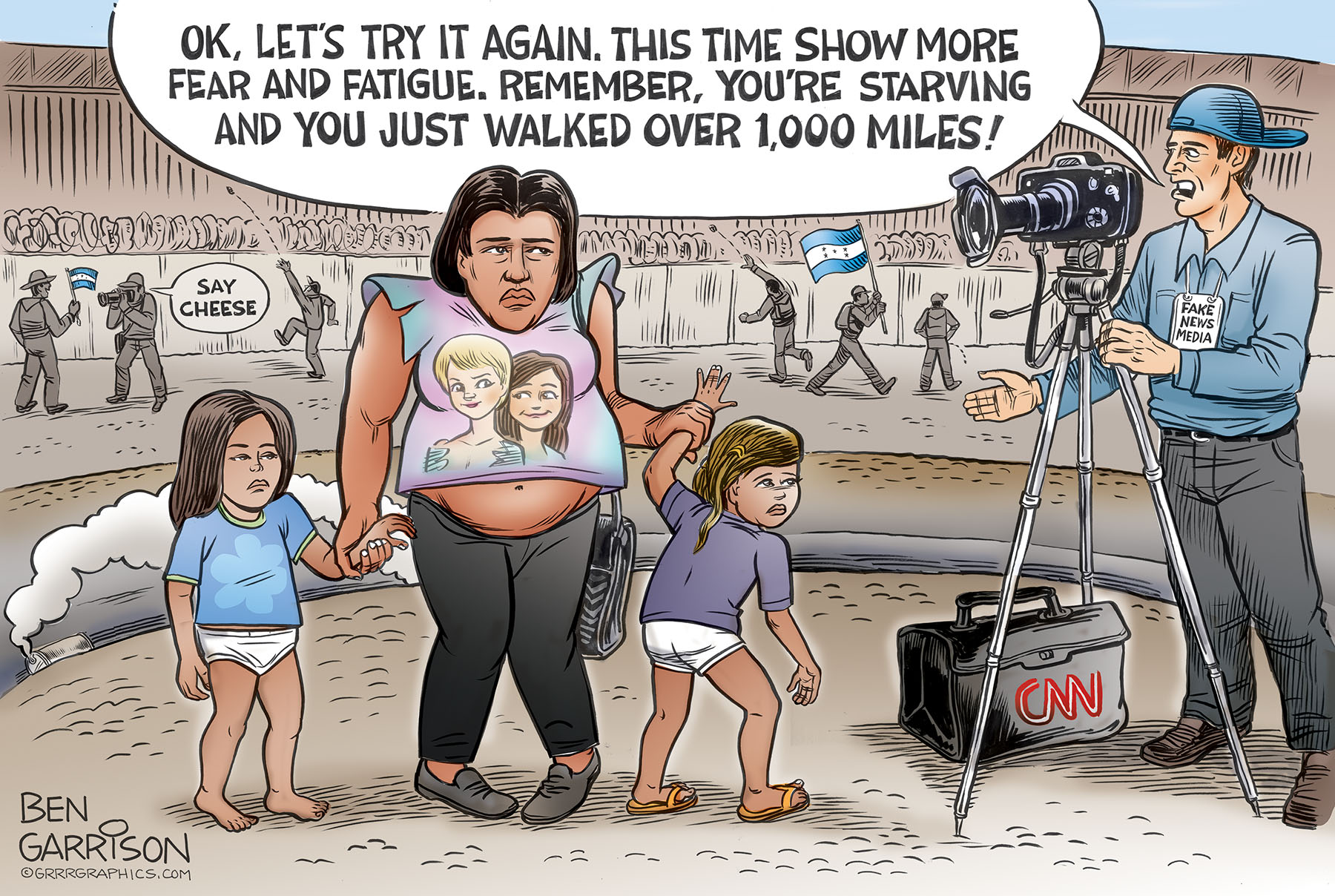 Update December 12, 2018  About 100 Hondurans marched over to the US consulate in Tijuana, Mexico Tuesday morning demanding Trump let them into the United States or pay them $50,000 each to go home.  Here’s a better deal. Hit the road!

On Sunday between five hundred and a thousand caravan migrants carrying their country’s flag bull rushed the border. They screamed profanities and hurled rocks and bottles at the brave Border Patrol men and women protecting our nation.

The Border Patrol was correct to use non-lethal tear gas to break up the horde of invaders. They are defending our nation’s border from an invading force, complete with weapons, (however crude) and flying a foreign nation’s flag.

Right on cue, the moral outrage of the Fake News media elite and the Democrats reached a fever pitch with hand wringing and tears, with cries proclaiming “this is not America” and “Trump gasses women and children”.

The Soros funded caravan, (that Jim Accosting Acosta said didn’t exist and wouldn’t scale border walls) is growing impatient waiting in Tijuana, Mexico. The Mexican people are growing weary of thousands migrants using their resources and committing crimes. A new poll released shows seven out of ten Mexicans have a negative view of the invading migrants.

Are the Mexicans racist too? Because that is what the left will call you if you question their policies of open borders free-for-alls.

The propaganda moment of the day was a photo of a starving migrant mother clutching her two large crying children clad in diapers running away from tear gas.

This photo was meant to  “gas” up quite a few tears of sympathy for the caravan’s plight. Oh, that mean Trump and Border Patrol, they are monsters gassing a poor starving mother and her children, the Fake News Media cried all Sunday and Monday.

The mother was in fact trying to cross the border illegally with her five children, ranging in age from toddler to teenager, attempting to get to the children’s father in Louisiana. No one knows the status of the father; he may be an illegal alien too.

People have claimed the Photo was a set up; this could be true. With the amount of photographers ready to sell a “touching” photo to Democrat propaganda arms like CNN.

We really don’t know for sure, but it smells fishy. It gets even stinkier when the starving mom happily posed for a photo holding the very canister of tear gas she and her children were made so “terrified” that they cried. 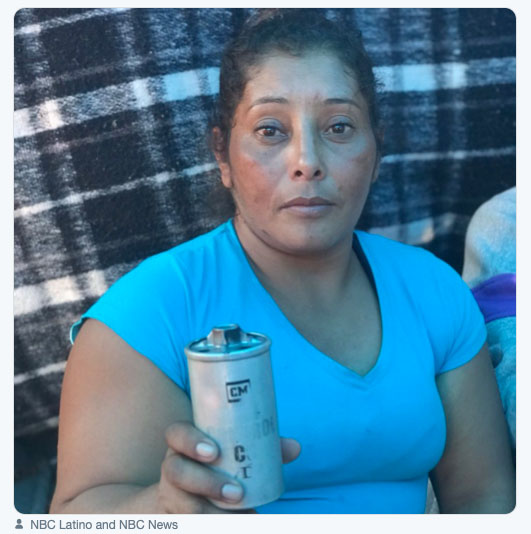 Maybe she should keep the canister as a souvenir of what happens when you try to break through another country’s border.