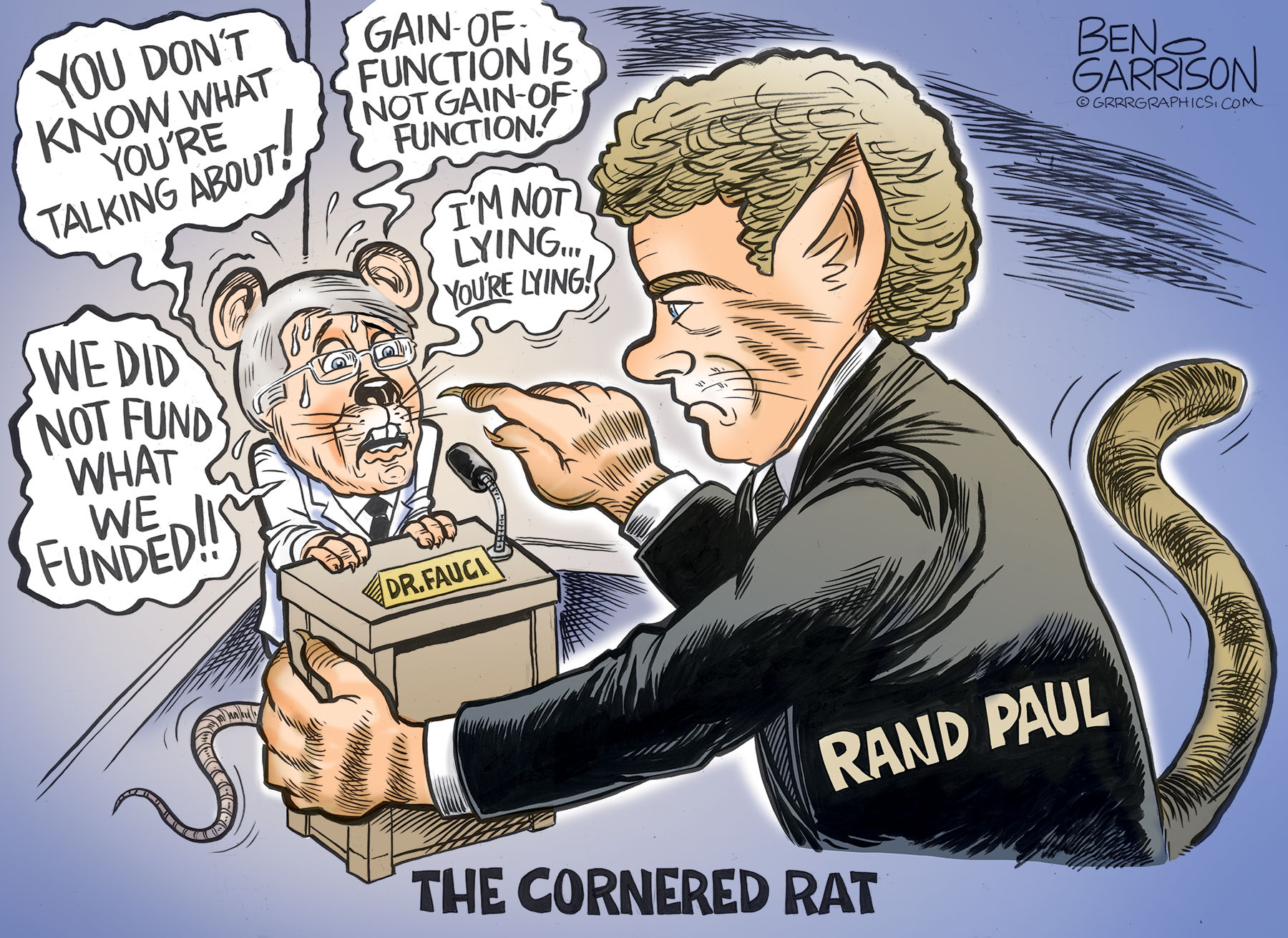 The Liar Fauci Gets Caught By Senator Rand Paul

Rand Paul: “I Will be Sending a Letter to the Department of Justice Asking For a Criminal Referral” Into Fauci

Dr. Fauci lied to Congress again when he claimed he never lied to Congress. The gnome of narcissism was visibly uncomfortable when Rand Paul cornered him. Instead of answering the Paul’s questions clearly, he dithered and insulted the senator. Fauci could not deny that he DID fund the Chinese Communist bioweapons lab, which helped them to achieve ‘gain of function’ with COVID-19.

Fauci is a hack for Bill Gates and the chief medical advisor to the Biden regime. He is the best-paid government employee. He has lately earned his money by flip flopping and lying to the American people. He claims to be the epitome of science, which enables him to say with glee…”You don’t know what you’re talking about!”

The diminutive doctor should be arrested and imprisoned, but I predict he’ll go unpunished. Those that are part of the ruling cabal never face the consequences for their crime. Instead, they appear on and are praised by the mainstream lying media. Even Fox News joined the act. Neil Cavuto condemned the questioning of Dr. Fauci and referred to it as a ‘pile on.’ Fauci was then praised as glowing point of light in America.

As for Dr. Fauci, LOCK HIM UP!

Help us fight for America, Our most popular prints signed by Ben Garrison- Your purchase keeps our cartoons online click now to order your historic signed Ben Garrison print