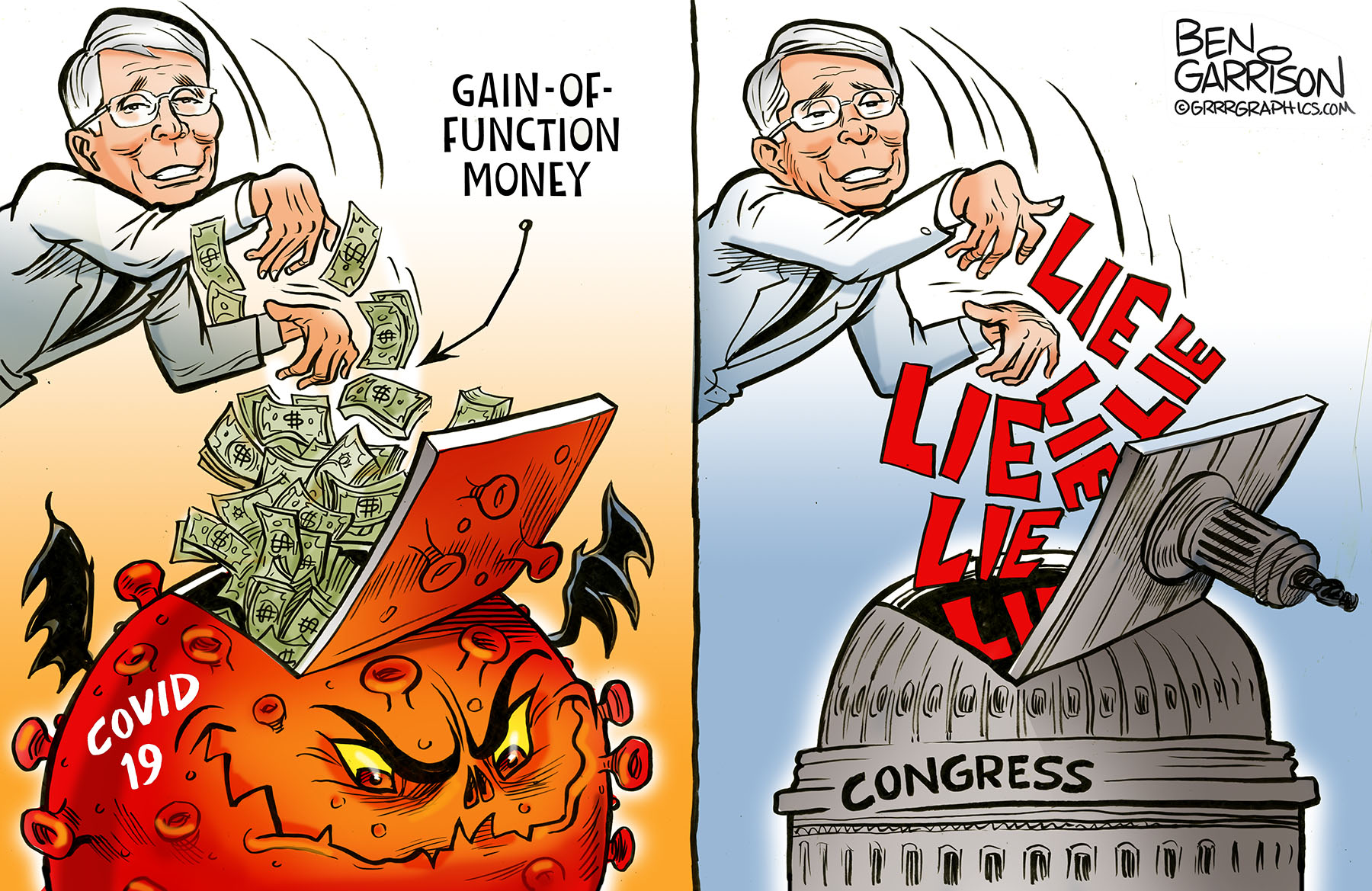 “If anybody is lying here, Senator, it is you.” — Dr. Fauci, upbraiding Senator Rand Paul

No, Dr. Fauci, it is YOU. You lied to Congress multiple times. You are a serial liar.

You are the highest-paid ‘official’ in government. You rake in nearly a half million dollars per year and your main job involves the prevention of pandemics. Not only did you fail, you and the oligarchy who consider themselves to be the ‘elite’ caused one!

You sent millions of US taxpayer dollars to a communist-controlled bioweapons lab in Wuhan. You and Bill Gates predicted a pandemic would happen. Then you made it happen. Yours was a plannedemic.

The COVID-19 outbreak was then used to steal an election, shut down an economy, and usher in the destructive Green New Deal. It was also used as an excuse to shove noxious, under-tested liquids into the veins of reluctant citizens. Millions of people have died from your virus and thousands more are dying from the experimental and ‘mandatory’ jabs. At the same time you and your master, Bill Gates, continue to clean up on your Big Pharma investments.

Will you be arrested for lying to Congress? Will you see jail time? Probably not. Even though you are now the biggest medical mass murderer in history, you will most likely receive the praise and rewards that you crave. Another serial liar, McCabe, was given a full pension and praise from Biden. It’s unlikely Joe’s warped nut-job of an Attorney General, Merrick Garland, will prosecute you. He’s too busy going after soccer moms.

We are now being run by a lawless mob who stole the presidential election and got away with it. Shameless, sociopathic criminals are attempting to control all of us at a granular level. You, Dr. Fauci, are one of those shameless, criminal sociopaths—but since you are part of the ‘Big Club,’ you’re safe. We no longer have equal justice under the law.You’re 80 years old, but you won’t retire because you love being in the spotlight. You claim to be voice of science. Josef Mengele probably claimed the same status. It’s time to prosecute you, Dr. Fauci, for crimes against humanity.—Ben Garrison