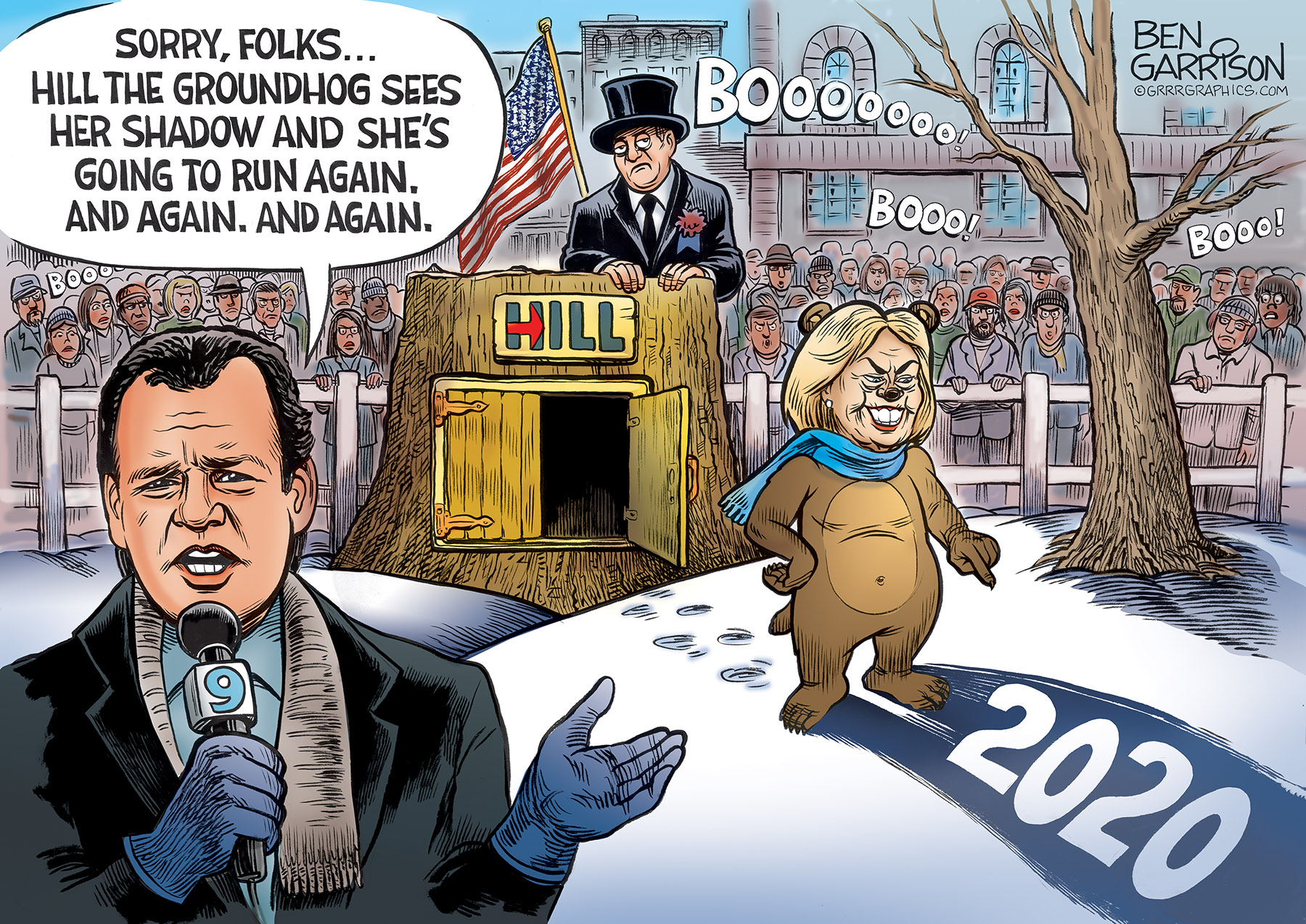 Will Hillary see her shadow and run for president a third time?

Many people, including H. A. Goodman and myself have said she will. Hillary just came out and said she ‘feels the urge’ to run again. Of course she does. She’s a narcissistic sociopath who has craved the power of the presidency since she was a young woman. Running for president is an addiction she can’t kick.

She went on a tour to promote her book about ‘gutsy women.’ A boring documentary was made about her. She’s constantly in the public eye. So why hasn’t she announced already?

There are a variety of reasons. Her health cannot have improved all that much. She could not handle the stress and pressure of running in 2016. Remember when she passed out and was tossed like a side of beef into a waiting black medical ban?

She must know she can’t repeat that and so most likely she’ll present herself as a savior in a rigged convention this summer. Everyone knows none of the other candidates stand a chance against Trump anyway. The one who was fresh, original, and had a modicum of integrity was Tulsi Gabbard and Hillary promptly slandered her as a Russian agent.

Hillary will continue to play the reluctant candidate. She will avoid the stress of debates, traveling, and public speaking until after she steals the nomination from Bernie once again.

I want Hillary to run again. Seeing her lose again to Trump would be a glorious. She needs further humiliation as payback for years of dirty deed doing. The danger is she will double down on her rigging, including votes from illegal immigrants, hacked voting machines, more dead people voting, and so on. I don’t think that will be a factor, because Trump will compensate with his landslide of support. 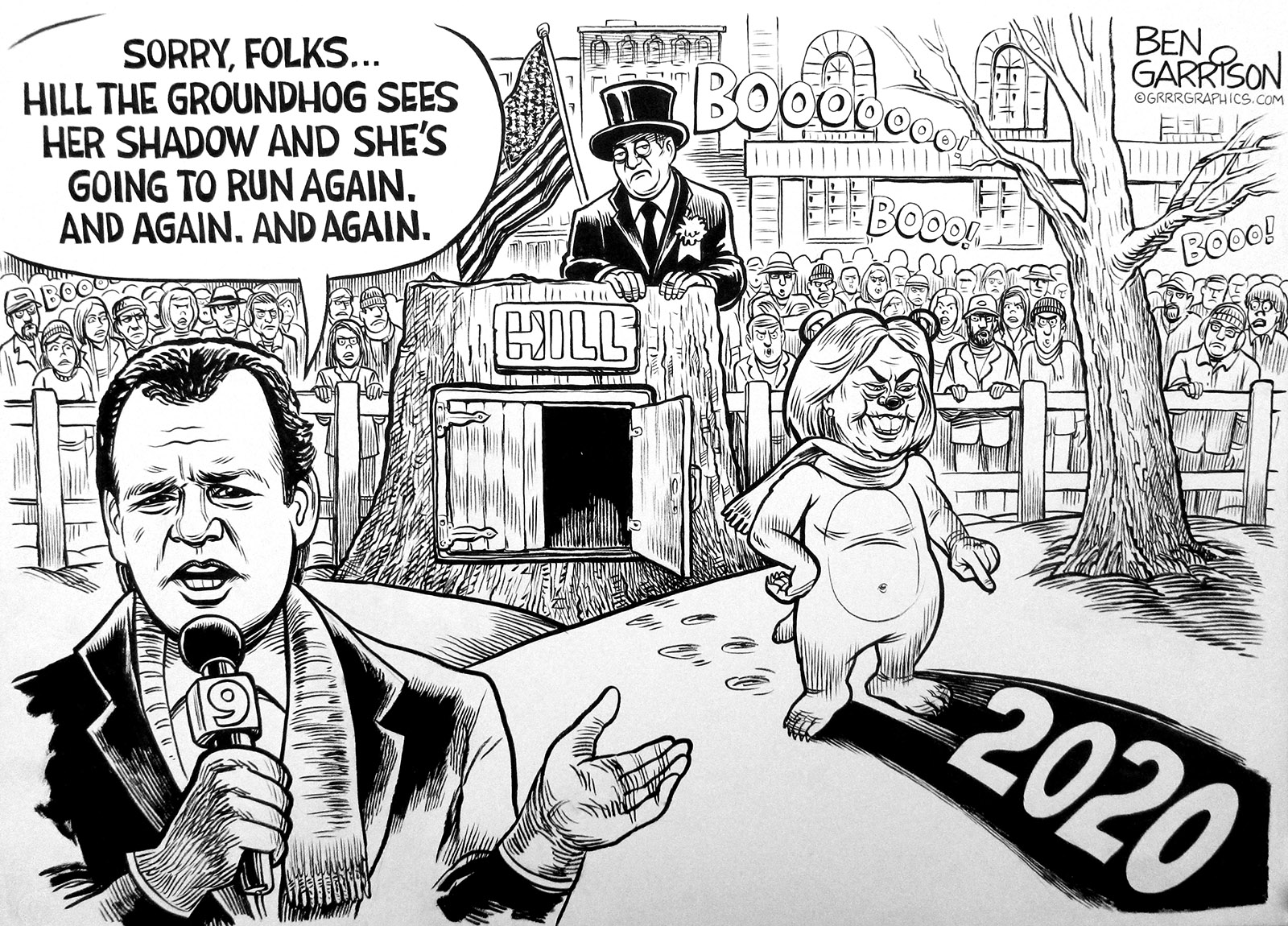