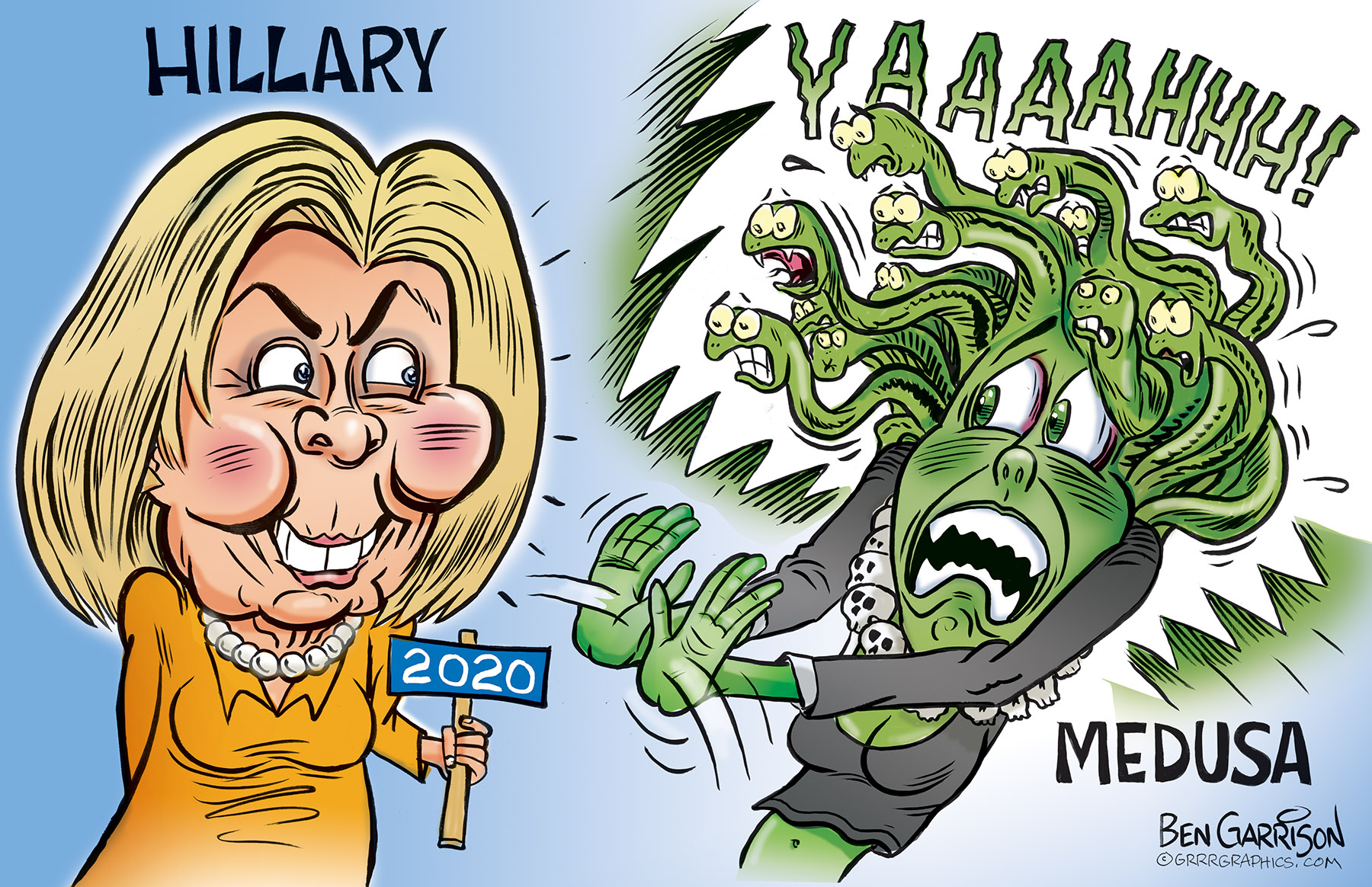 Who Wears it Scarier?

For a long while I’ve predicted that Hillary Clinton would run again in 2020.

I’m surprised she didn’t announce late last year, but she did have some sort of ‘procedure’ to remove many of her wrinkles. She did this to make herself appear more youthful for her next run. The left praised her new look while others, including myself, thought she looked terrifying. He smooth, plump cheeks are now even more bulging. The missing bags under her eyes have somehow given her a maniacal stare. It’s truly frightening—Hillary is scarier than the Medusa herself.

I still expect Hillary to run, but it might not occur until the convention. Hillary is lazy—she wants things rigged. She wants things done automatically behind the scenes. She hates mingling with common people. She’s too aloof and above it all. She’s not good at speeches due to her cough. She would never want to conduct a lot of rallies similar to what Trump has done. For one thing, Trump genuinely enjoys speaking to packed crowds. Hillary would never be able to attract such crowds unless she paid them.

She rigged her nomination the last time—why would anyone be surprised if she didn’t do it again? There will probably be some sort of deadlock that will occur among the delegates. The compromise and solution? Why, draft Hillary—of course! She will be demurring as she is begged to become their nominee. Finally and reluctantly, she will agree. It will be promoted as a miraculous and exciting event among the fake news media. She will have avoided all the hard work of campaigning while collecting the reward. She will simply snatch the nomination amid cheers and the claim that she’s the only one capable of defeating Trump.

If this happens she will lose again because she’s fundamentally unlikeable. She’s ugly inside and out.