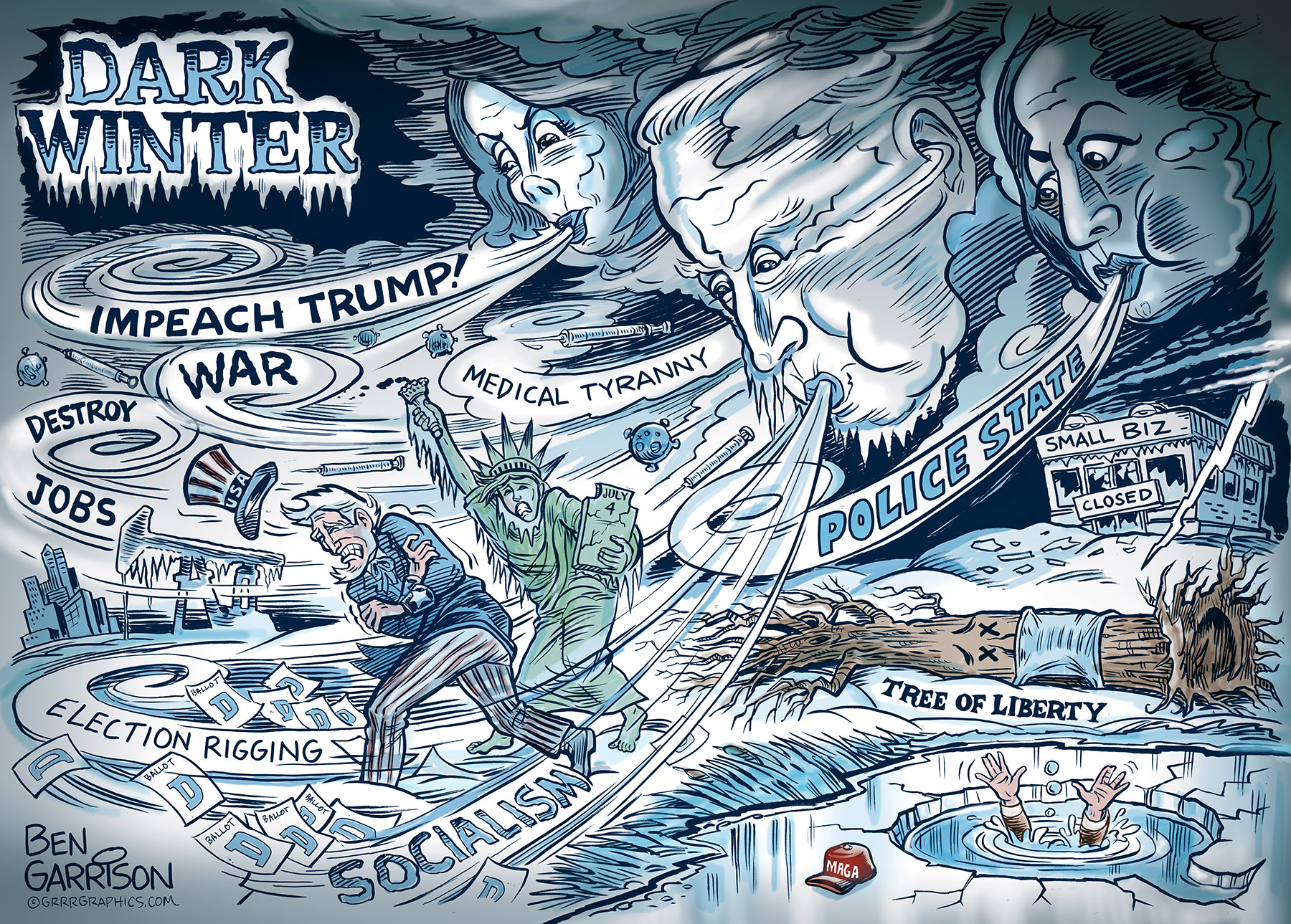 Welcome to The Dark Winter Of Democrat Rule

Biden promised us a ‘dark winter’ if elected, and he’s delivering. We patriots who voted for Trump are left out in the cold as China Joe’s regime labels us ‘domestic terrorists.’ Biden immediately issued executive orders to dismantle many of Trump’s accomplishments. Biden wants America to be masked, injected, distanced, impoverished, and rendered quiescent.

Of course, Sleepy Joe’s election was a complete and obvious fraud. Trump won in a landslide but the Democrats, aided by their mega-billionaire globalist allies, arranged for mass cheating that allowed Biden to claim victory. Such election rigging will now become permanent. The Democrats will vote to make the District of Columbia a state, thus giving them two more senators. Maybe they’ll make Puerto Rico a state as well. More senators. They will allow illegal aliens to vote. Maybe they’ll vote away the Electoral College. They want voting to be easily abused and manipulated—by them.

Looking to support the GREAT USA? Get yourself a print of this cartoon now.

Your order of this critical cartoon helps stop the steal, raise awareness of ELECTION FRAUD, and let them know that you are a TRUE PATRIOT by owning this special critical print now!

The Tree of Liberty is dead. Nothing was done to stop the steal. COVID-19 was set up to help them steal the election more easily. Now the Democrat Socialists are nailing down their advantage. Once a country goes socialist, they won’t allow their subjects to return to a constitutional republic. There’s no going back except through violence and the socialists in charge have a monopoly on that. The military will save us? If they could, they would have already. It’s game over for now.

Sign up for Ben’s newsletter today! Get cartoons direct to your inbox- thank you for the support!