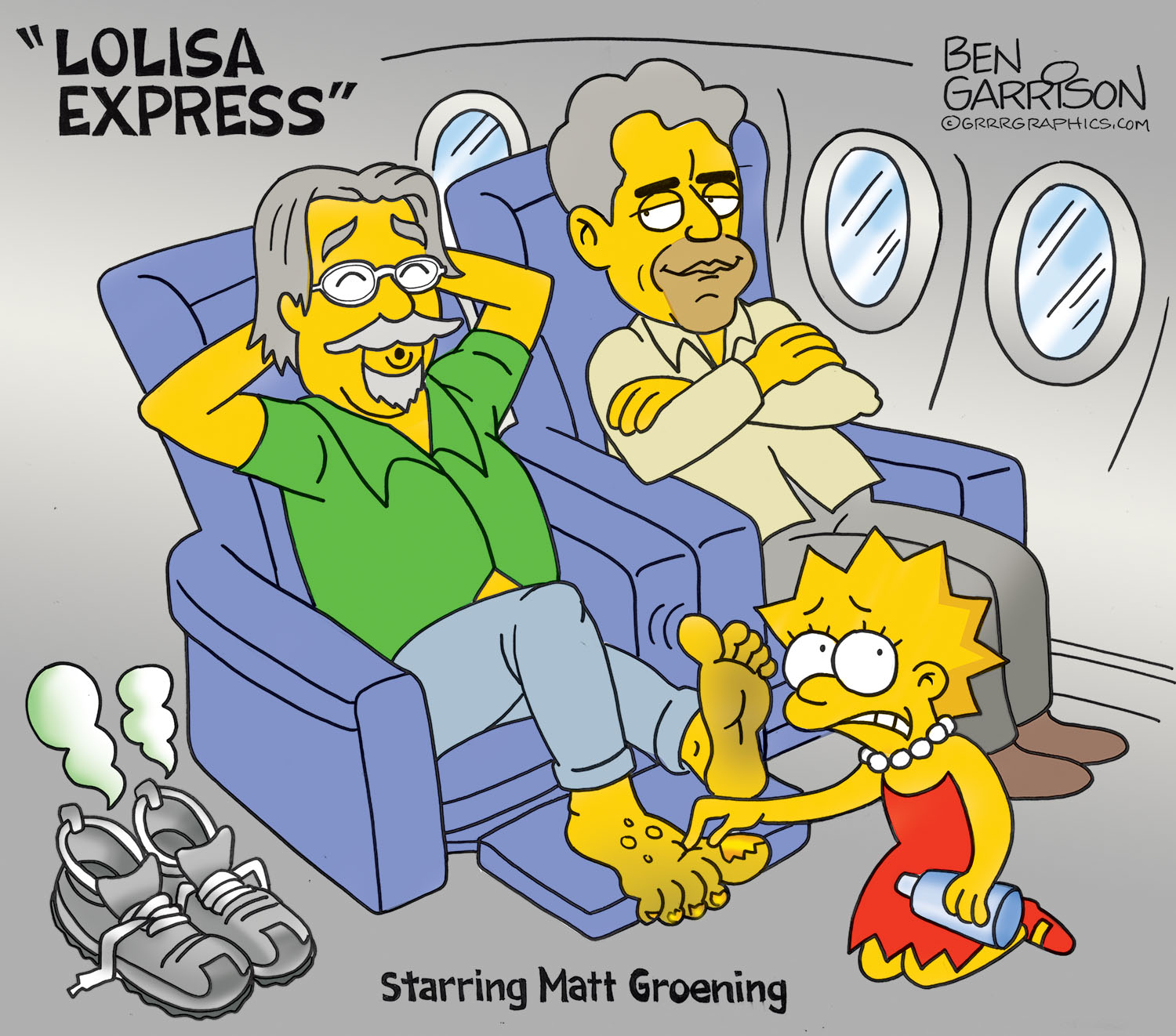 The creator of ‘The Simpsons,’ Matt Groening, allegedly received a foot massage from a 15 year-old girl while traveling aboard Epstein’s ‘Lolita Express.’

The now (supposedly) deceased billionaire insisted that the cartoonist receive a foot massage from one of the young females aboard. She was repulsed by his dirty feet and yellow, crusty (the clown?) toenails. She had to use a washcloth on his feet before she rubbed them. At least Groening was kind enough to draw her a Simpsons character as a thank you gift.

Normally I would never draw a thing such as this, but after seeing a clip of a recent ‘Simpsons’ episode that clumsily attacked President Trump, I decided…what the heck. I saw the excerpt on the Internet. It was not funny in the slightest, and the satire was heavy handed. I have not watched ‘The Simpsons’ in several decades and I’m baffled about how it can be sustained…year after year after year. It’s as old, overgrown and disgusting as Groening’s toenails.