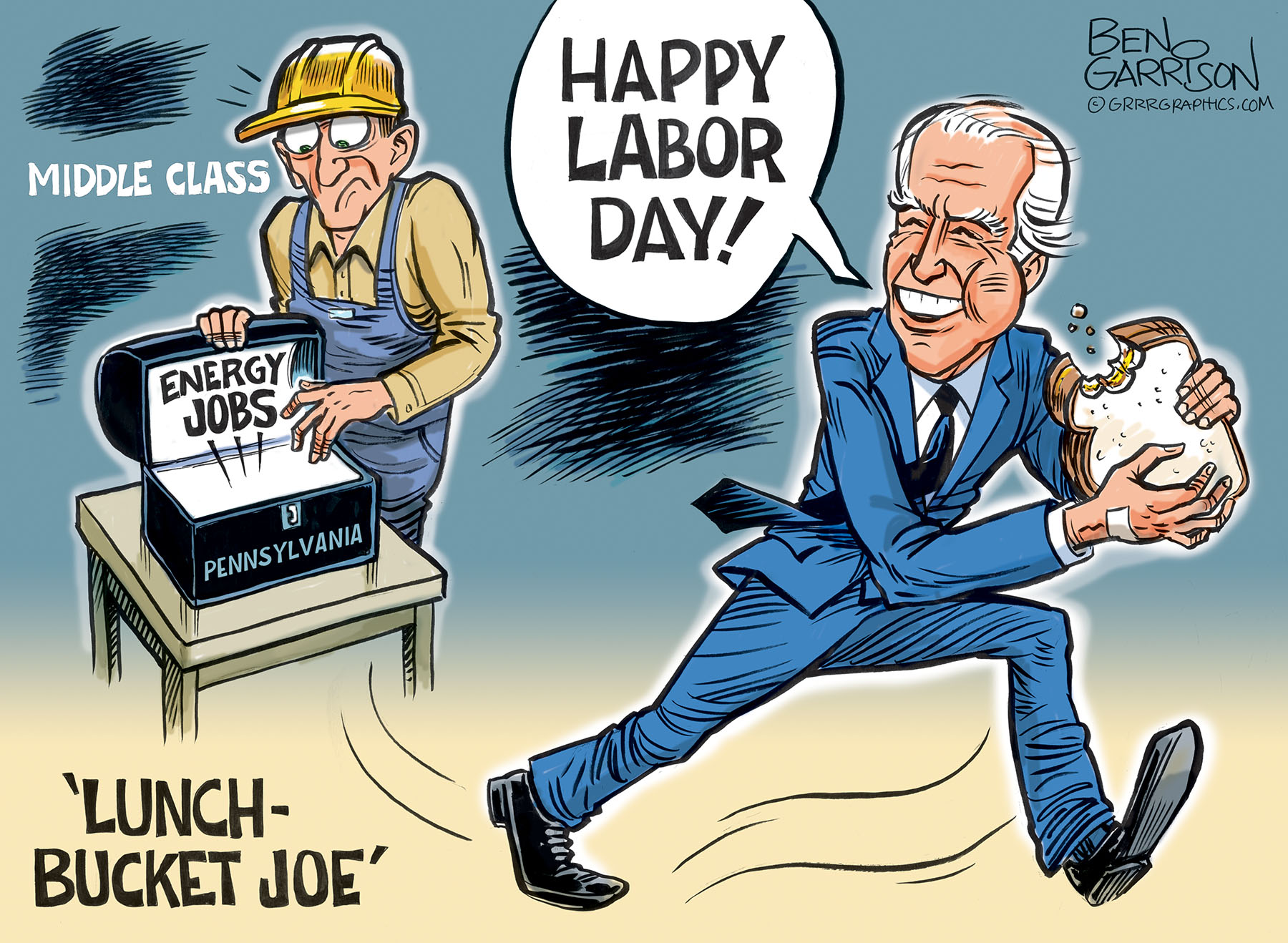 Better hang on to your sandwich Folks!

Hillary Clinton lost several rust belt states and the election because she took the working class vote for granted. Joe Biden is setting himself up to repeat her mistake.

“Lunch-bucket Joe” thinks he can win middle class votes by taking away their jobs in the energy industry. He hates coal and fracking. He thinks workers will magically have new jobs produced by the Green New Deal, but he can’t exactly say what those jobs will be. Perhaps there will be a need for workers to watch ugly windmills twirl around? Solar farms that will produce electricity for all the Tesla cars the workers can’t afford? Cold fusion?

Joe could be facing a lot of trouble in Pennsylvania in particular. It’s a key state that provided a lot of new jobs by means of fracking and a natural gas Renaissance. Biden claims to be for fracking and against it at the same time. Which side is he really on?