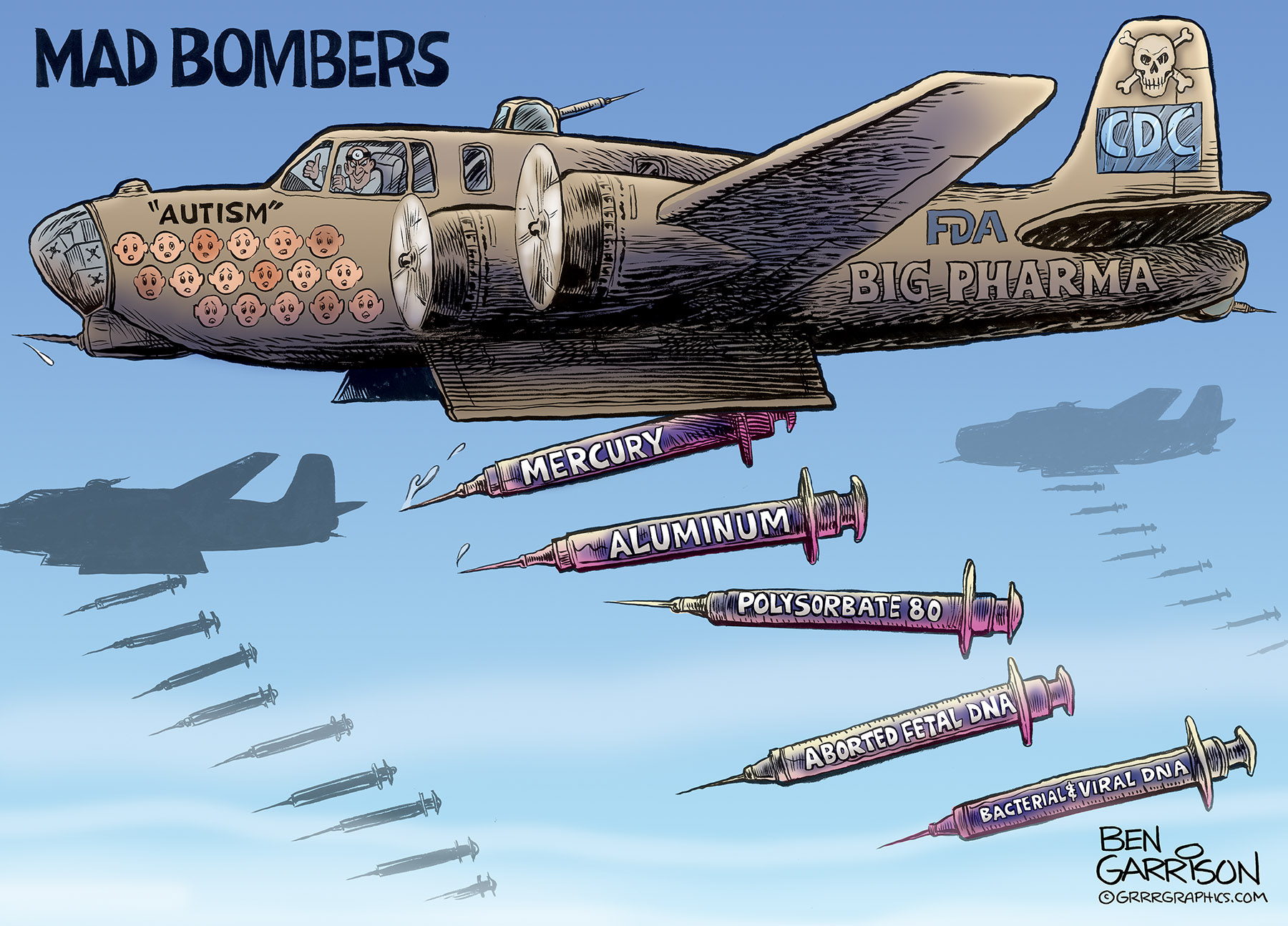 “US Food and Drug Administration (FDA) Commissioner, Dr. Scott Gottlieb, warned Tuesday that the agency might have to step in and override state laws allowing unvaccinated children to attend public schools.”

This is a dangerous precedent and with the help of the Silicon Monopoly Giants, anti-abuse of vaccine information is being hidden from search engines and social media. They already ran Mike Adams, the “Natural News Health Ranger,” out of social media on a rail. They continue to try to purge him and his valuable information. What does come up now is mostly negative.

It’s the same for Dr. Andrew Wakefield. He’s now called a discredited doctor and anti-vaccine activist because he linked vaccine abuse to autism. Isn’t it funny that the FDA and CDC are so concerned about kids getting vaccinated, but they can’t correlate rising vaccines with rising cases of autism. It used to be that 1 in 15,000 children would get autism. Now it’s 1 in 60 and rising. When I was born a child would get a couple of vaccine doses before the first birthday. Now it’s 72 and rising.

Ronald Reagan foolishly signed into law a loophole that allowed vaccine makers immunity from lawsuits. The law also created a vaccine court, but no justice for vaccine makers. We taxpayers are forced to pay any settlements, which are limited. What a scam. The law made vaccines less safe because without repercussions, the Big Pharma vaccine makers are free to be less responsible and accountable. Some statists would now love to see another law: One that makes criticism of vaccination abuse a crime.

Children continue to get abused with more and more vaccines that are given before natural immune systems have a chance to develop. The vaccines given to babies include Hepatitis B. Why? Is the baby in danger of being exposed to it? Very likely not. In fact, most of the diseases had already largely gone away before a vaccine was invented. Clean food and water and modern living standards did the trick. Removing poisons such as DDT being sprayed on fruits and vegetables eliminated most polio cases. The polio shot wasn’t even needed. Is it any wonder that typhus is now returning to big cities that allow open intravenous drug abuse and people to defecating in the streets?

We now see signs everywhere urging us to get a flu shot. In many cases, ‘free’ flu shots. Why? Why are they so pushy about it? Why are the fake stream corporate media pushing it so relentlessly? Yahoo recently ran a story about a girl who died of the flu. Their so-called reporting gasped, “She died because she was not vaccinated!” People die of the flu all the time and always have. It’s very uncommon, but they use it as an excuse to pump still more foreign matter directly into bloodstreams. The media are also screaming about measles. Once seen as a harmless and nuisance disease, it’s now equated with something horrific. Don’t ask what’s in the vaccines, either. Most doctors don’t even know. They will, however, recommend them. The more vaccines the better!

When I was at the optometrist last year for a routine checkup, the attendant there read off a checklist and then asked me if I had the pneumonia shot yet. WHY would she ask that? What does it have to do with an eye checkup? It was ominous. Will unvaccinated types be refused jobs, the ability to travel or eye treatment? “Show us your vaccination papers, please!”

If we lose control of our own bodies, it’s over. We will become outright slaves to evil eugenicists who expect to be obeyed at every turn because they’re scientists, doctors, and authorities. The same people who have no regard for human life.

One of our founding fathers was a physician named Benjamin Rush and he warned us about medical tyranny. In fact, he thought it was so important that he wanted individual choice guaranteed by the Constitution. We The People should have final say about what goes into our bodies—and into the bodies of our children.