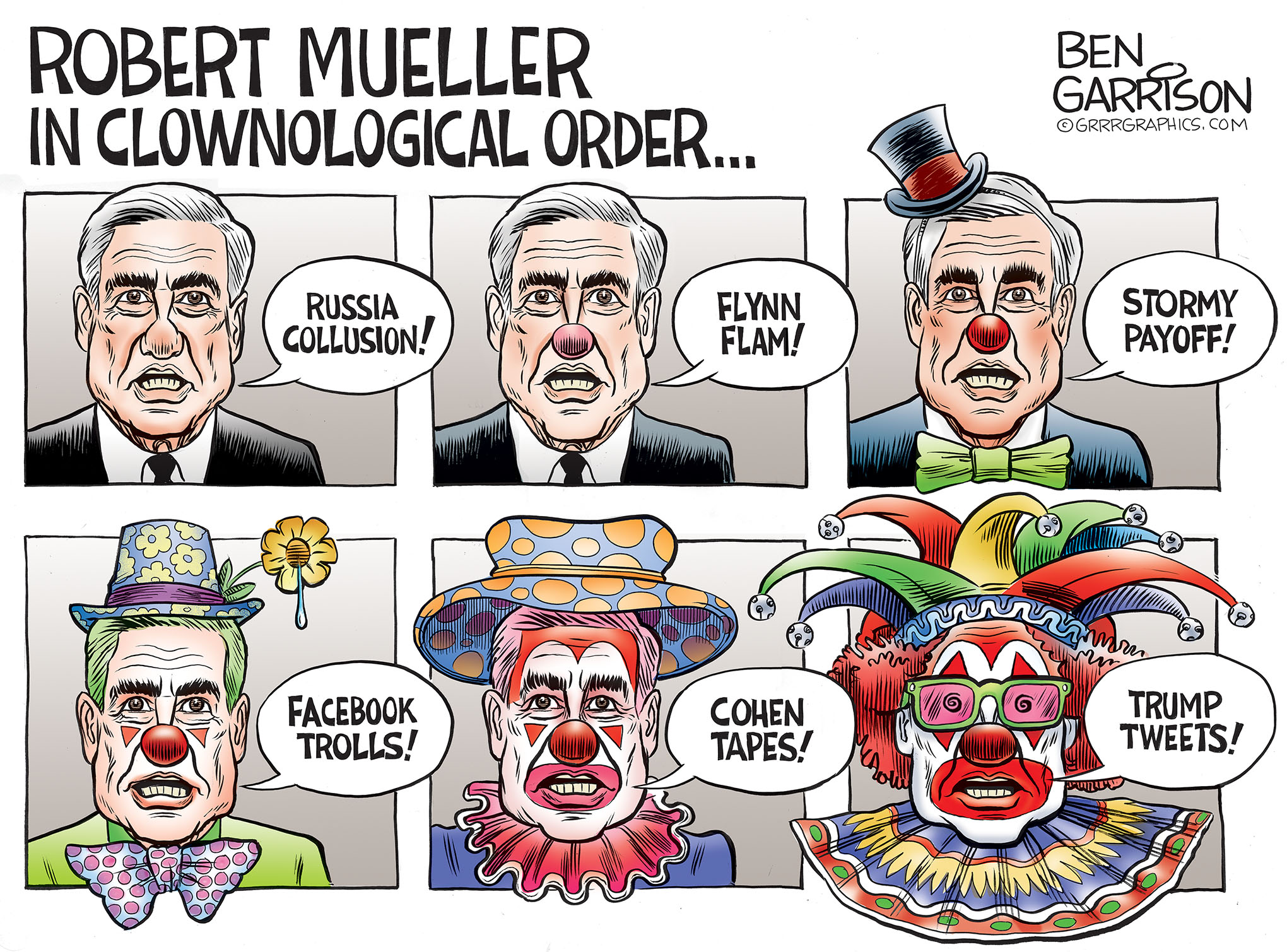 The whole thing was based on a fictitious dossier purchased by Hillary and the DNC to smear our president with the hope it would lead to his removal from office. Today the president tweeted out this statement:

..This is a terrible situation and Attorney General Jeff Sessions should stop this Rigged Witch Hunt right now, before it continues to stain our country any further. Bob Mueller is totally conflicted, and his 17 Angry Democrats that are doing his dirty work are a disgrace to USA!

President Trump is right. Sessions should wake up and end Mueller’s absurd investigation.

Join us and help fund MAGA cartoons! Become a patron and get early release of all cartoons!  Sign up now

With the phony dossier, their operatives in the FBI and justice department illegally approved the investigation of supposed collusion with Russia by Trump. According the Democrats, that’s why Hillary lost. Not because of her corruption, her incompetence, her sense of entitlement, and her fundamental unlikeable-ness, but rather because Trump colluded with Putin to ‘hack our democracy.’ (Hillary loves using the latter phrase).

The Deep State’s propaganda arms, formerly known as the mainstream media, eagerly repeated the ‘Russia hacked our election’ narrative endlessly. Maher cracked jokes about ‘Trump being in the pocket of Putin’ each week on his show. Liberal cartoonists followed suit. The lie was repeated so much that it became established fact in the addled minds of the left.

There was only one problem.

Mueller could not find any evidence whatsoever of such collusion. So he went after others to keep up the appearance of making progress toward indicting and impeaching the president. He’s only succeeded in making himself and the entire partisan investigation look like what it is: A ridiculous waste of taxpayer money in order to prove a lie.

The more the ‘investigation’ drags on, the more ridiculous Mueller appears. He’s a dumpster diver in search of any scraps that might support his case. He even broke the lawyer/client confidentiality law in order to dredge up dirt on Trump, which was then promptly and illegally leaked. Yet he still comes up empty when it comes to his original mandate: Prove Trump engaged in collusion with Russia.

Mueller now looks like an ass clown and his Russian collusion circus tent is collapsing around him. 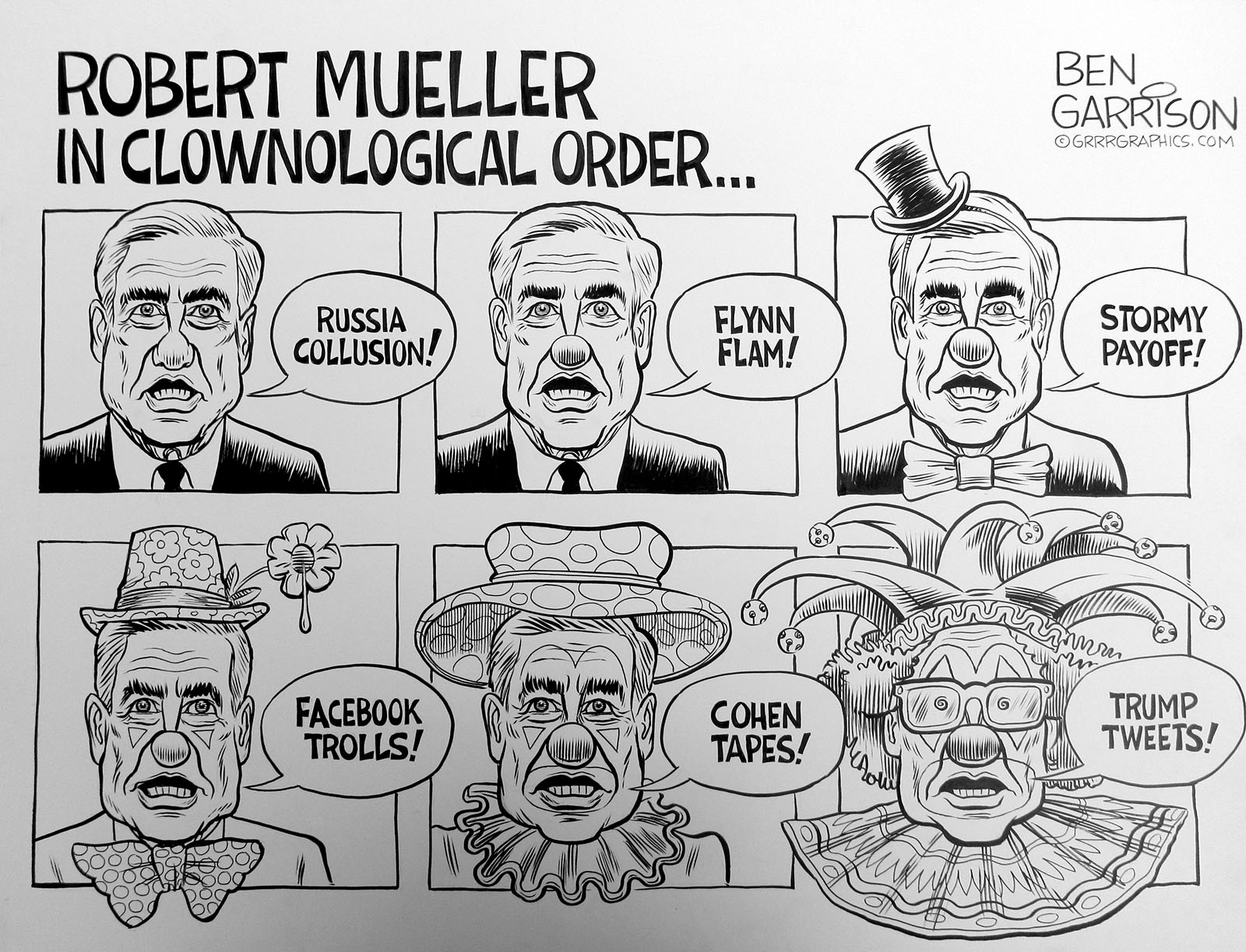