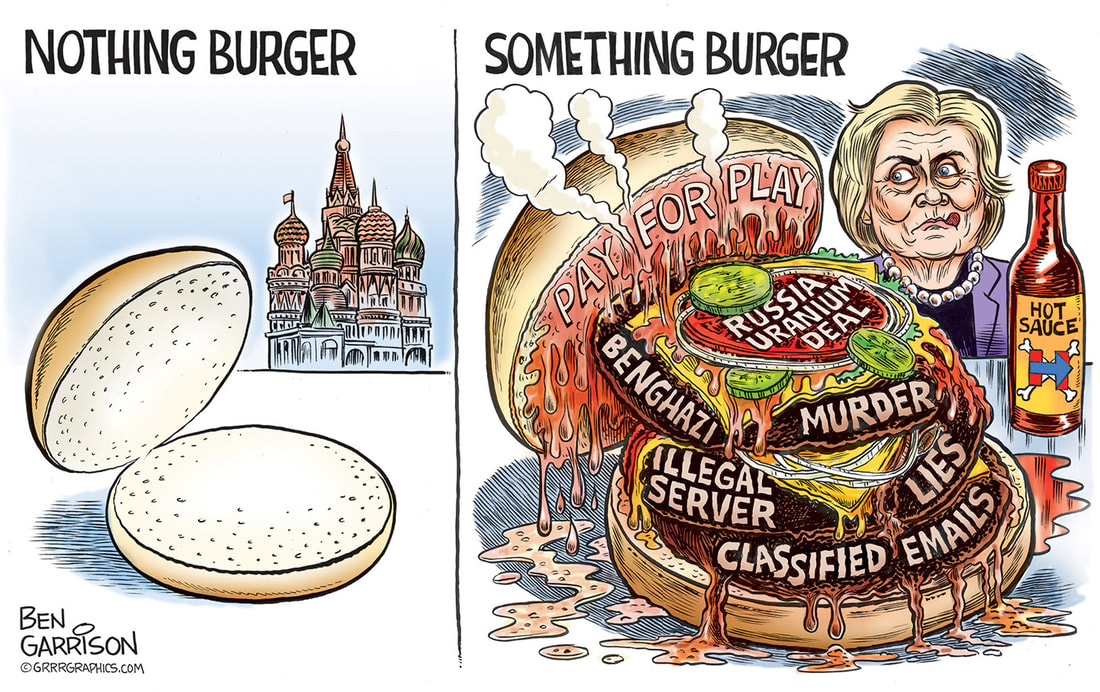 Yes, and a whole lot more….

According to Fox News, “An FBI informant involved in the controversial Uranium One deal has told congressional committees that Moscow paid millions to a U.S. lobbying firm in a bid to influence then-Secretary of State Hillary Clinton by helping former President Bill Clinton’s charities during the Obama administration.”

Hillary once proclaimed that her email scandal was “a big nothing burger.”

If that were the case she wouldn’t have destroyed cell phones with a hammer. She wouldn’t have lied about the amount of classified material in her email. She wouldn’t have used a program called ‘Bleach Bit’ on her illegal server—a serve that had no safeguards and could be readily hacked by anyone. As it turned out, Seth Rich leaked info to WikiLeaks and he was murdered as a result.

Hillary and her ilk expected victory. Once Mrs. Clinton was president, all of her scandals would be easier to cover up. Similar to how James Comey whitewashed the Whitewater scandal. Comey was later rewarded with millions of dollars during a stint with Lockheed Martin. It was his reward. His integrity compromised, he was given a job as the head of the FBI. In that capacity he was able to let Hillary off the hook. He claimed she had no ill intent.

Hillary should be in prison right now, but she’s well-connected and ‘above the law.’ Still, she lost and that means she’s worried. Obama is worried, too. So are a lot of the other corrupt DNC insiders. They don’t want to end up in prison where they belong. They have released the mainstream media fake news hounds to constantly attack President Trump and that’s a tell-tale sign of their fear. Trump can and should investigate their gross misdeeds.

Fear of prison is why Hillary and Podesta drummed up the Russia story. They want to distract attention away from their scandals. If anyone was involved in a scandal involving Russia it was Bill and Hillary. Their Clinton Foundation benefited from Russian donations. In return, the Russians received a good chunk of America’s uranium. This ‘pay for play’ graft is routine with the Clintons. The Clinton Foundation is completely corrupt and it should be investigated. It’s why they’d rather see Trump investigated. The Democrat elite continue to double down on the “The Russians hacked our election” malarky, but more and more Americans are realizing it’s nothing but a big nothing burger. It’s meant to distract from super-sized burger of corruption on Hillary’s plate. She needs to eat it—every bite.