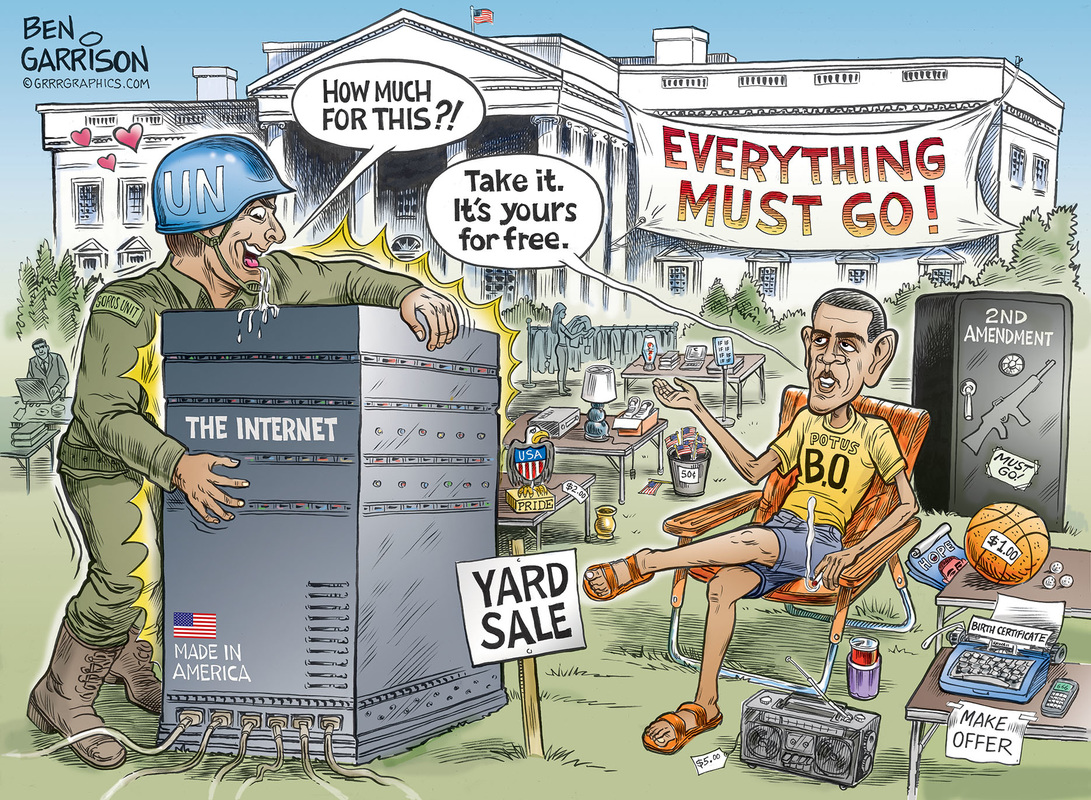 Obama is handing over the Internet to the UN. Yeah, I know it’s only the Internet ‘address book,’ and they say nobody will even notice the change–but it’s only the first step. If this wasn’t important, Obama wouldn’t be giving it away. Globalist traitors such as Obama do things in increments. That’s how they slowly boil the citizen frogs—unless it’s a meme frog such as Pepe. They tossed him into the rolling hot water right away. As soon as he was listed on the ADL as offensive, newspaper articles around the world began publishing pages explaining how dangerous he is. It’s both outrageous and ridiculous, but it’s also ominous. This is how free speech dies.

The Internet has flourished under US control. Aided by our First Amendment, the Internet has enabled us to find truth to counter the incessant propaganda narratives being spewed by the completely non-objective mainstream media. The US developed the Internet. We paid for it. Why give it away?

It’s being turned over because they know too many people are holding the ruling elite in contempt. Most people despise Hillary Clinton. It’s not as easy to hypnotize us with their lies when we can find real facts on the Internet. We know the elite for what they are—criminal globalists who want more and more power over all of us. They want to control the dialogue and our minds. They want to keep us hypnotized. They want to censor, er, ‘edit’ the Internet. Hillary once said the Internet needed an editor. Hillary is a lying control freak—we all know that. She had her own private server so she could control her pay-for-play operation as well as destroy evidence of her traitorous criminality. Hillary wants to delete free speech. She’s already begun doing it by pronouncing a cartoon frog as ‘racist.’

Gun control started by registering guns. Then permits and waiting periods were needed. Then certain types of guns get prohibited. Then outright confiscation for reasons dictated by the ‘authorities.’ This is the same game plan they’re running with the Internet. Small steps to take freedom of speech away from us all.

We must not let this happen.