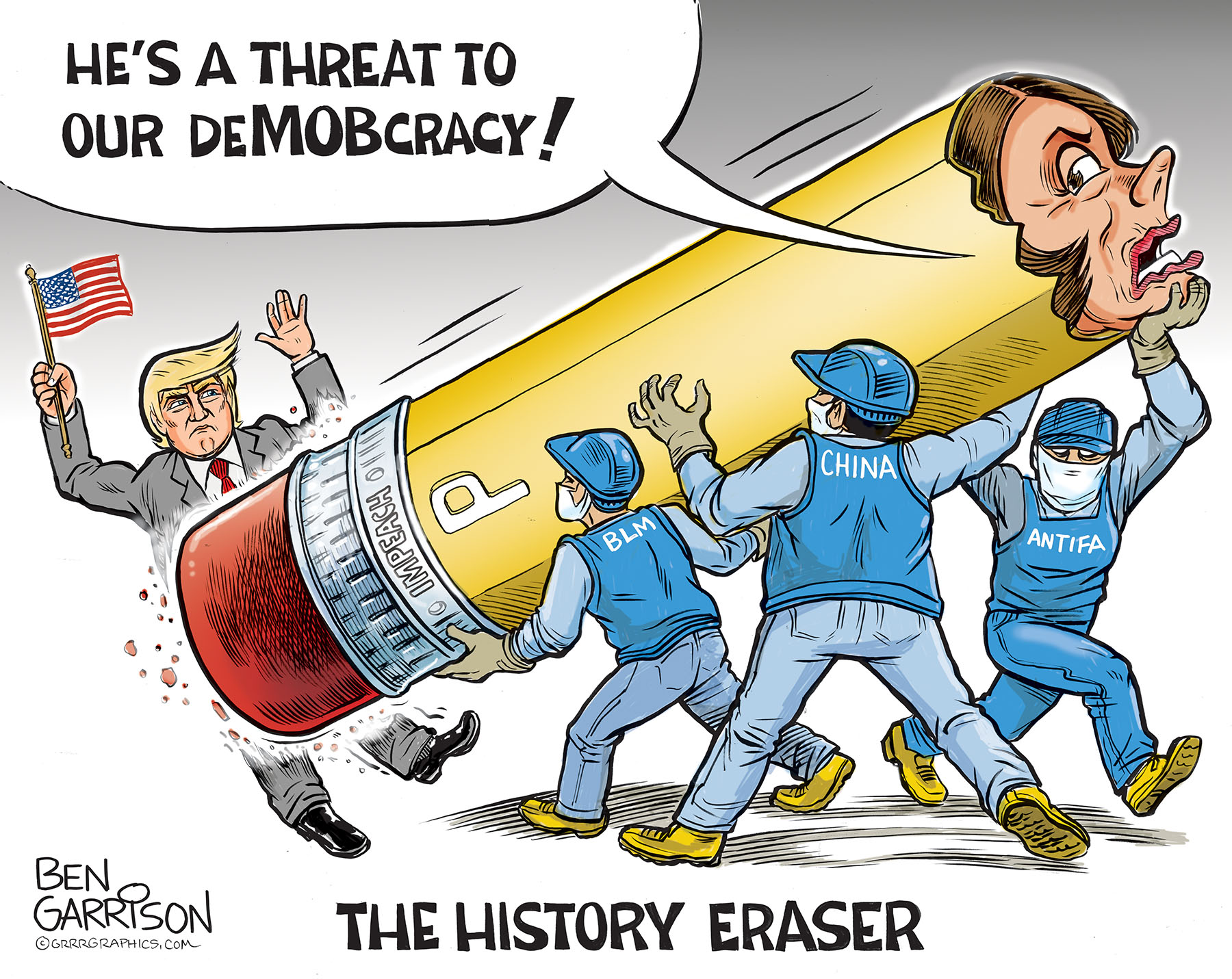 Pelosi’s rushed and hateful push to impeach President Trump only underlines the fact that Democrats will stop at nothing to destroy their enemies. Pelosi has abused her power in her Stalin-like quest to completely erase Trump from history. This is what socialists do—they memory hole any political figure they revile.

The first casualty of the communist coup in America has been the free speech of Trump supporters. Not only are we getting banned everywhere, we are being vilified on the floor of Congress as ‘white supremacists’ and ‘violent insurrectionists.’  It all seems silly, but we should take their accusations very seriously. It’s a prelude of sorts for the Bolsheviks. The first thing communists do is end free speech and round up their enemies. Once Biden is sworn in we can also count on them to go after our guns. We’ll probably see false flags involving Trump supporters and deadly shootings. They will be used as an excuse to confiscate guns.

These aren’t conspiracy theories. We’re getting stripped of our remaining liberties and it’s happening in plain sight for all to see.

There is no doubt that  communist China has aided and abetted the Democrats in their takedown of Trump and the American economy. We can no longer depend on hopeful slogans such as ‘Patriots are in charge.’ As it’s turning out, we’re the patriots and we must resist, push back, and disobey the socialists.

After the socialists are done erasing Trump, they’ll move on to erasing everyone who supported him.  We must stand up to the socialists. If we sheepishly cave into them they’ll slaughter us anyway.