Seattle is crumbling under Socialism and lawlessness.

I recently watched a great documentary about how liberals, progressivism, and socialism have been destroying our country one city at a time. You may have seen it: Seattle Is Dying. It is a KOMO feature about how homelessness, drug abuse, and political neglect in the city of Seattle.

If you haven’t seen it, please put it on your watch list.

It is a must watch and is a serious eye opener to what is really going on in all major cities with Democratic control. As I’m writing this, this documentary has 1,600,000 views since being released on March 19 2019. I feel like every American should watch this video so they can see the damage of progressive Democrats. Our country is at risk to socialism. We cannot let this happen.

Since I grew up in Seattle, this documentary really bothered me. The smell of salty air, seaweed, hot coffee, and cinnamon donuts have been replaced by urine, feces, and terrible hobo musk. Tattered tents, trash, and sewage replace the sights of glittering waters, dewy grass, and beautiful landscapes. The hums and buzzes of the city are drowned out by insane yells and screams of the homeless. Trust me, it’s not just one or two of these homeless people doing this, but thousands.

Businesses are ransacked by shoplifters, drug abusers, and violent felons. Police are told not to do anything. If arrests are made, then these drug addled men and women are released within 24 hours without any charges whatsoever. Businesses lose millions every year to stolen goods and damaged property. Assaults and rapes are rampant on every street. But still police are told to ignore it because “crime is not associated with homelessness” and “these people just need to be understood.” Instead of arresting these criminals, they are left alone. It is now legal to have drugs of any type on you, well, as long as it’s less than 3 grams. Thousands of drug dealers are running the city, and without fear of every being arrested, it is no wonder why tens of thousands abuse hard drugs on every block.

Women and children are not safe in the city of Seattle, not even at parks or trails. Businesses have to put up with tents, urine puddles, and feces in front of their doors. Commuters are often screamed at, assaulted, and sometimes even raped. Apartment and home break ins are at an all-time high. The crime in Seattle is the second highest in our country. (San Francisco is number one) Seattle politicians refuse to do anything. Police officers won’t speak out because of fear of losing their job.

Trump supporters are cussed at, shoved, and told to get out of the city of Seattle. Tourists are shocked to see the trash, garbage, and drug abuse. It’s on every street; from hotel parking lots, to malls, to streets, parks, and stadiums, the homeless are everywhere. It is hard to walk a block without seeing crack pipes or used needles.

Where is the leadership? Why isn’t the Seattle Mayor fixing this problem?

The politicians in Seattle all need to be fired.

The prospect of visiting Seattle is now terrifying. 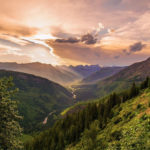 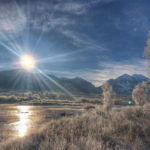 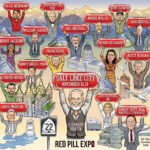 See The Cartoon That Got Ben Garrison Banned From Facebook 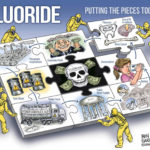 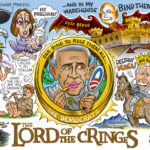