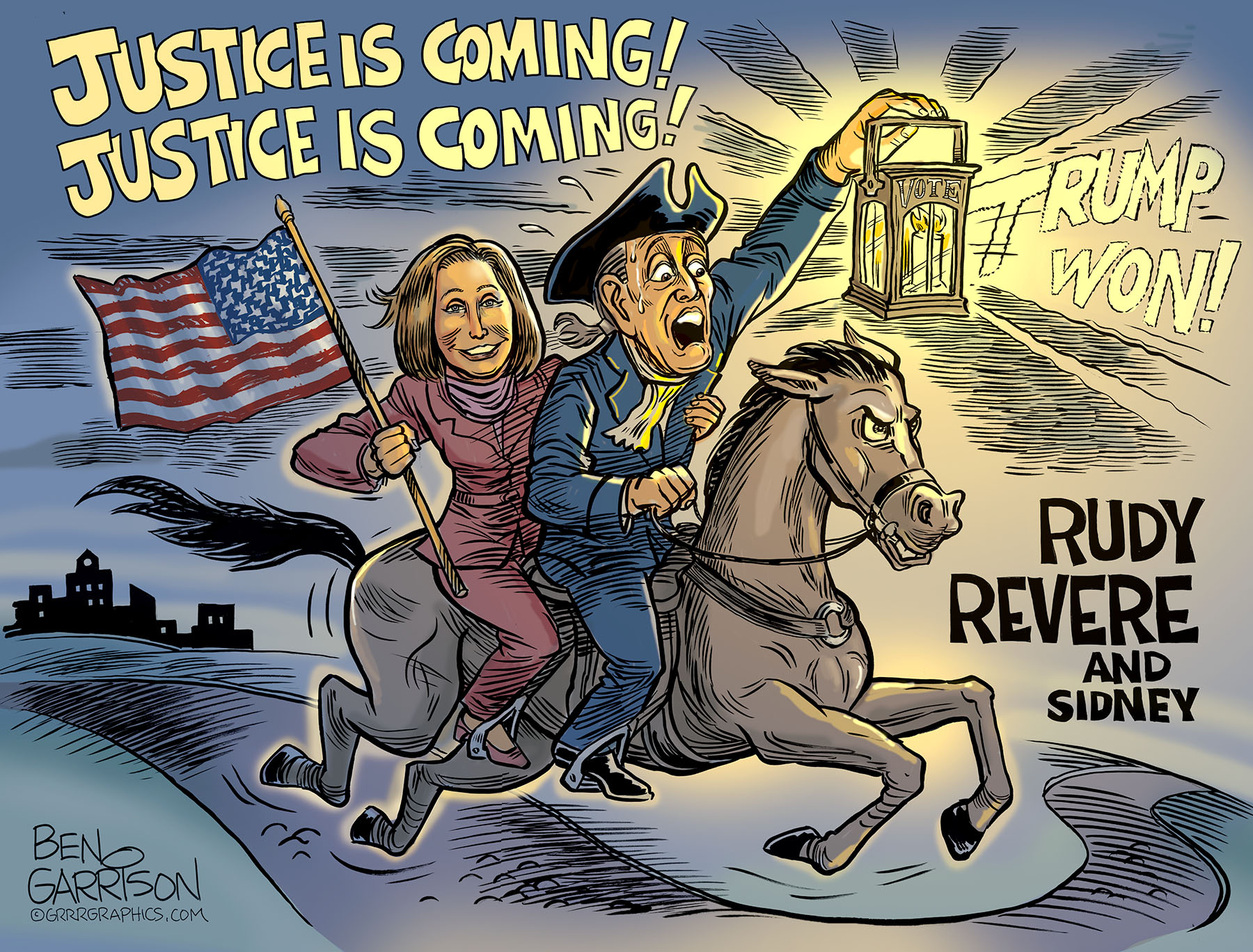 I had a gut feeling the Democrats cheated and stole the election for Biden. I realized something foul was afoot when the vote counting in key states was delayed for many hours.

Why? Because Trump garnered far more votes that expected and the Democrat operatives in charge scrambled to create more last minute votes for Biden. Ballots on palettes. When the CNN shill announced that China Biden the pedophile suddenly overcame a large vote deficit in several states and magically obtained a comfortable lead, I knew cheating had occurred and I went to bed disgusted and with a sense of foreboding.

Turns out my gut instinct was correct. The Democrat Socialists stole it outright from Trump. But where is the proof? Trump’s legal team held a news conference yesterday to make the case. Voting machines with changed algorithms, Biden ballots counted and multiplied several times, Trump votes discarded, and Republican witnesses banned. Dead people voting for Biden. The corruption and fraud went on and on, but the Democratic mainstream legacy media would have none of it. No proof was offered, they said—only ‘conspiracy theories.’ Even Tucker Carlson chimed in to say Sidney Powell offered no proof.

Thanks, Tucker—you only confirm my suspicion that FoxNews really has turned left. I even heard Sean Hannity say on the radio that even if Biden is confirmed as president, America will still be a great country. Uh, no, Sean. America will be further set on the road to ruin by socialist tyrannical forces.

All of this said, if the news conference was meant to spread the good news that justice is coming, it didn’t quite succeed. It didn’t help that Giuliani appeared nervous and sweaty throughout his appearance. Hair dye streamed down the side of his face and distracted from what he had to say. Powerful men tend to be vain. I get that.

If they do indeed have the proof and sworn affidavits that they claim they have, then let’s get the show on the road. Enough reassurances that things will be fine. The same reassurances were made about the swamp getting drained and that hasn’t happened. Barr and Durham have not locked up traitorous criminals who carried out a blatant coup against a lawfully-elected president. Will we now see foot dragging when it comes to an unlawfully elected president?

Sounding the alarm is fine. Shining light on what’s going on is great, but an old lantern may not cut it. Enough cheerleading and proffers of hope. Cut to the chase. Get ‘er done. Let’s get Trump the second term he has earned and deserves.

Tina’s Take- Why didn’t Sidney Powell present evidence to Tucker, a journalist with failing ratings?  Well, she explained this morning…

Maria Bartiromo: How did you respond to Tucker Carlson? Did you get angry with the show because they texted you and asked you to provide evidence of what you’re alleging?

Sidney Powell: No, I didn’t get angry with the request to provide evidence in fact I sent an affidavit to Tucker that I had not even attached to a pleading yet to help him understand the situation and I offered him another witness who could explain the mathematics of the statistical evidence far better than I can. I’m not really a numbers person. But he was very insulting, demanding and rude and I told him not to contact me again in those terms.

Tucker, your “Tucker Tantrum” was pretty childish. I guess Fox News’ new slogan is appropriate ..”Standing up for The Deep State”