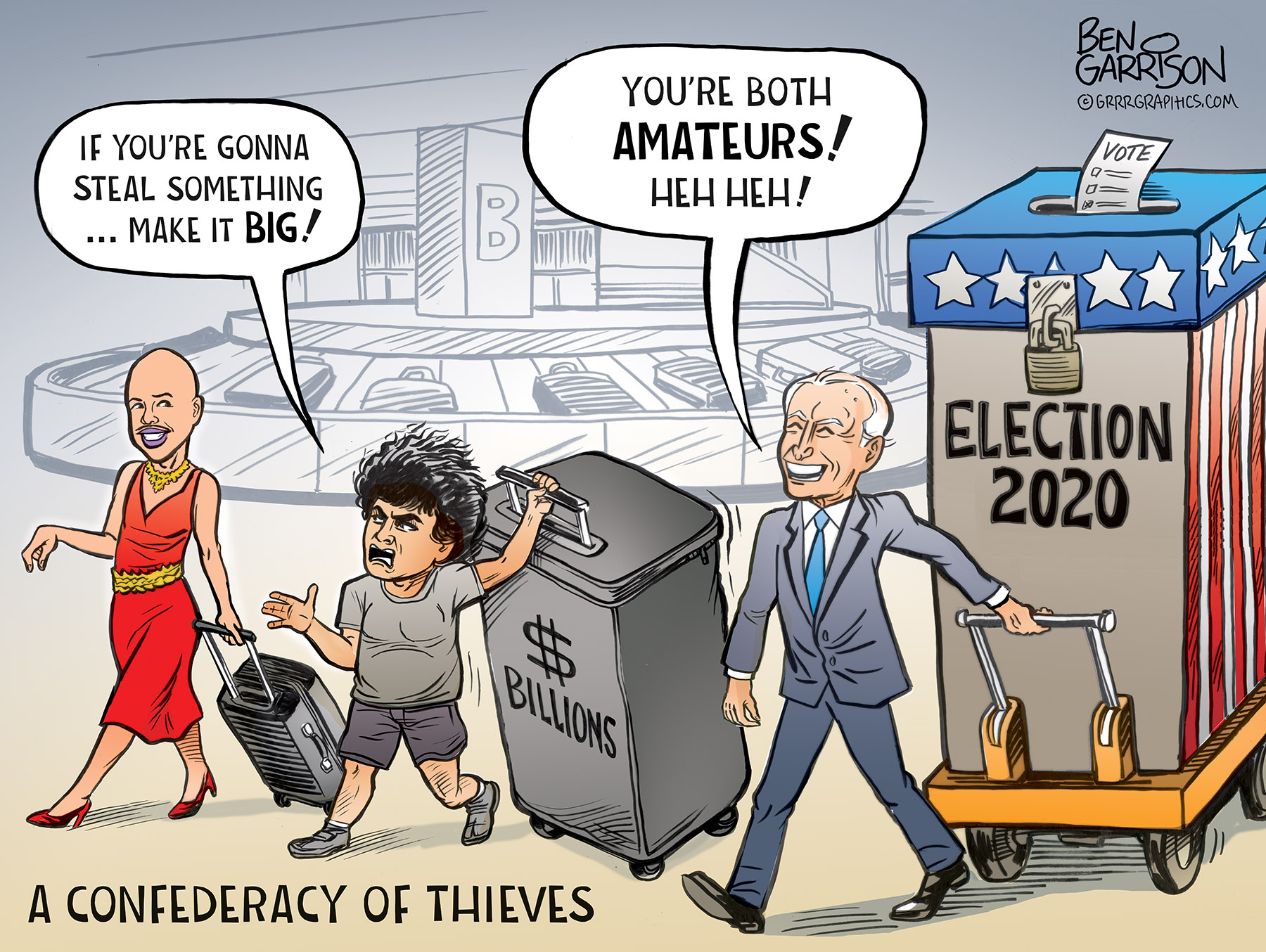 Sam Brinton, who was a well-paid bureaucrat in Biden’s Department of Energy, finally lost his job. He stole one suitcase too many. Apparently the gender fluid, non-binary official with a spanking fetish also had a compulsion to go to various airports and steal expensive suitcases belonging to women. He likes to try on garments belonging to females that he doesn’t know. Let’s hope he now serves a lengthy prison sentence for his theft, but it’s unlikely he’ll be sent to a regular prison. He will no doubt enjoy a country club facility where he can still walk around in women’s clothes.

Another young criminal named Sam has finally been arrested. Sam Bankman-Fried is in jail in the Bahamas. Something tells me he’s not exactly living in the comfort and luxury to which the former billionaire was accustomed. It’s funny how he was arrested and silenced the very day he was scheduled to speak (virtually) to Congress. It looks like someone doesn’t want him to spill the vegetarian beans.

Our country has become a banana republic and with that comes rampant corruption, open criminality that goes unpunished, money laundering, bribes, kickbacks, and even murder.

Think Seth Rich and Jeffrey Epstein. Both had inside knowledge of big perpetrators and they died for it. Sam Bankman-Fried put an incredible amount of money (stolen from his investors) into the pockets of big Democrats. Let’s see if that saves him.

Fight for America by supporting our weaponized Cartoons that make the radical Dems cry- make a small donation to support!

He and his operatives stole an entire election. He’s not through yet, either. I wonder how much money is kicked back to him from his pal Zelensky? What about his Chinese communist masters? His foreign war mongering, open border policy, and economic vandalism shows him to be a cruel, ‘America last’ miscreant and globalist gangster.

There’s an old saying, “Scratch a lie, find a thief.” We all know what a colossal liar Biden is. He’s well-known for his crazy whoppers and I’m sure he’s even proud of them. I’m sure the old pedophile is also proud of being a world-class thief.