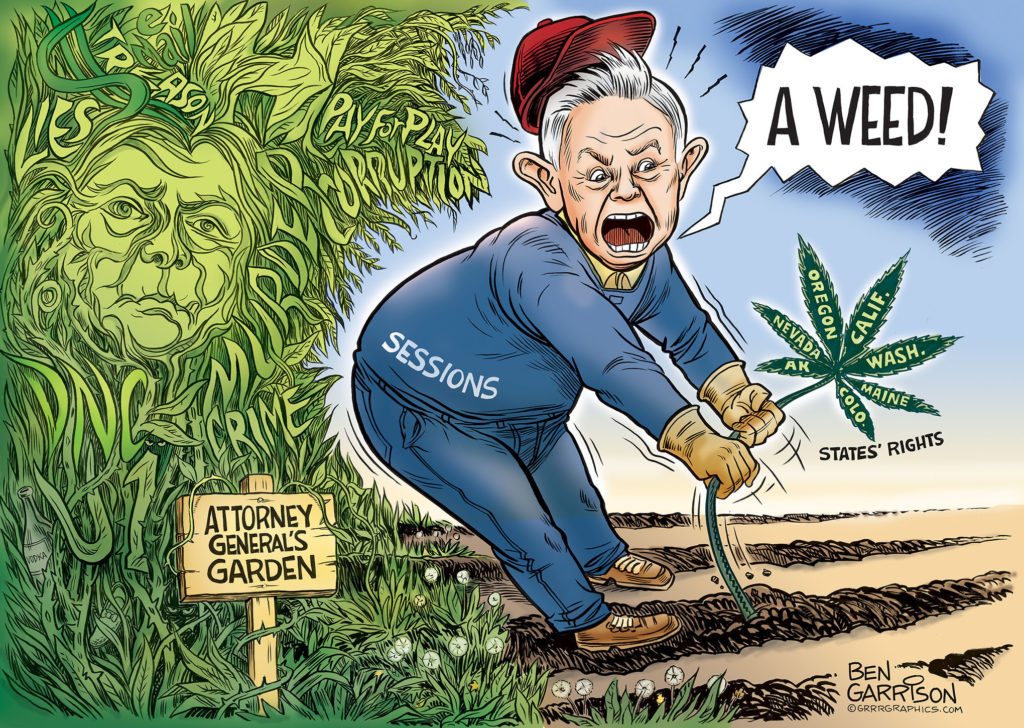 Those who have followed my cartoons for a while have probably come to this conclusion: Ben Garrison loathes Hillary Clinton.

That conclusion is correct. I’ve despised Hillary for decades, starting with Whitewater, Cattlegate, Filegate, Travelgate and a myriad of other scandals carried out by her and Bill, her ersatz husband.

As a young attorney investigating Watergate, Hillary was fired after being exposed as a liar.

Maybe that unmasking inspired her to create her own ‘gates.’ She was never prosecuted for any of her corruption through the years, and that probably encouraged her still further. She pushed her bayonet through multiple envelopes. She was a huge fan of Saul Alinsky, a so-called ‘radical.’ Another communist, er, radical named Lenin, told his followers to push the bayonet through the mush until steel was encountered. That tactic was used by Hillary and she encountered a lot of mush. She pushed her corruption as far as it could go until the point where she must consider herself above the law.

Our fingers are crossed that Jeff Sessions will reopen investigations over Hillary Clinton’s illegal server, the classified emails that showed up on Huma’s laptop, the destruction of evidence, the campaign money laundering, the corrupt Clinton Foundation, Benghazi, the Uranium One scandal, …shall I go on?

She needs to be investigated, prosecuted and LOCKED UP!

But it never happens. Our Attorney General, Sessions, has recused himself from investigating her crimes. Instead, he’s going after marijuana.

The so-called ‘war on drugs’ has been a monumental flop. It’s a waste of lives, resources, energy and time. Have you learned nothing from prohibition, Jefferson Sessions? I realize President Trump was elected to enforce the rule of law. We want illegal aliens kicked out of the country, for example. Obama certainly didn’t enforce that law.

But marijuana? Leave that up to the states to decide!