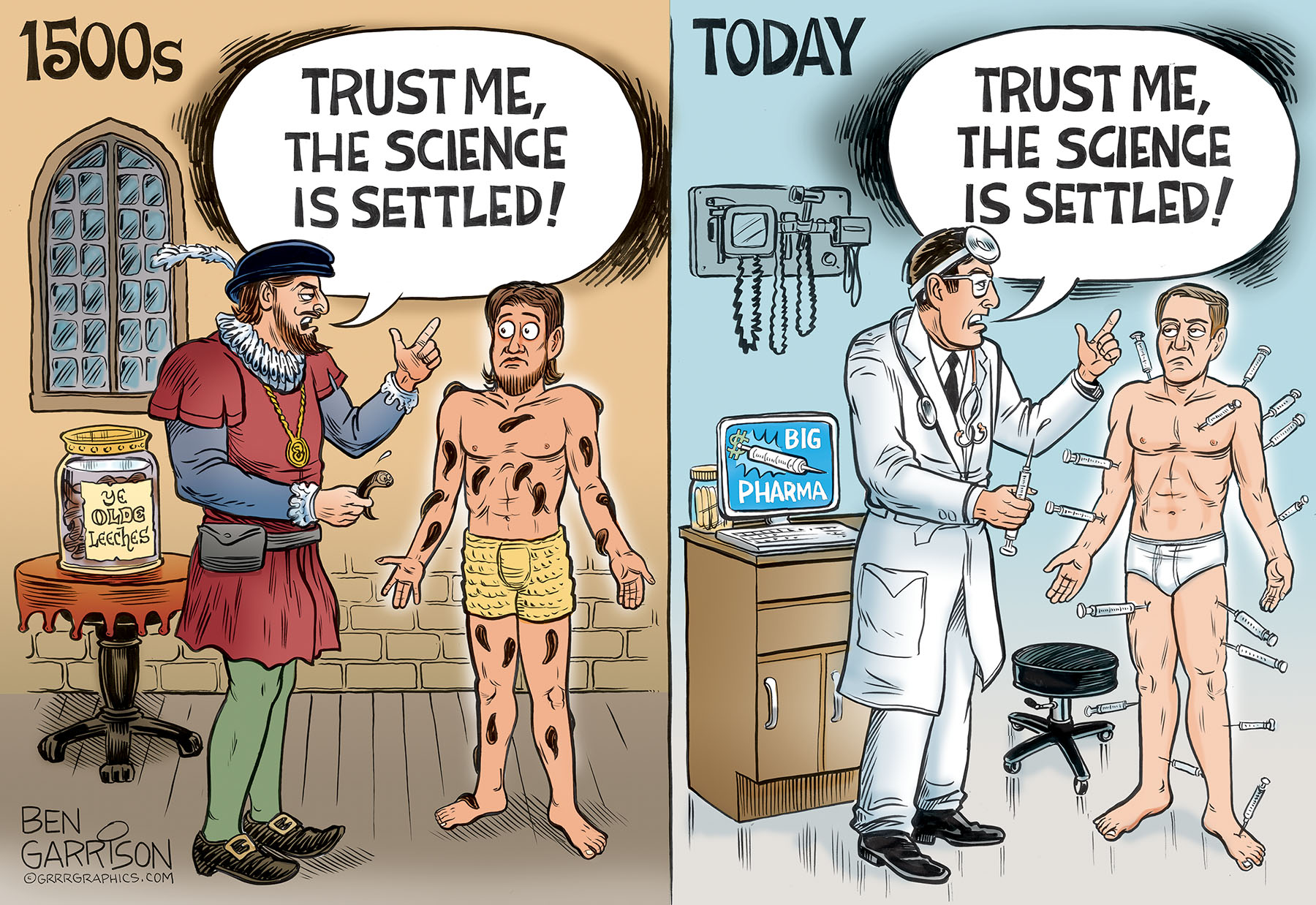 “Vaccine Science is NOT Settled” (Warning Rant mode on!)

America has gone vaccine crazy. The big pharmaceutical companies heavily advertise them. The ‘authorities’ controlling medicine and government want more them—and increasingly, they want to make them mandatory. Flu shots are constantly pushed. The CDC and hospitals recommend more and more vaccines for babies. When I was born, children received 3 vaccines at the most. Now it’s 72   throughout childhood. Is it just a coincidence that autism has risen commensurately? For those who refuse all vaccines, the autism rate is 1 in 10,000. For the victims enduring the CDC battery of injected poisons, it is 1 in 60. European countries have shown a bit more inoculation restraint, and therefore their autism rate is correspondingly lower.

The current measles ‘outbreak’ is being used as another excuse to make vaccines mandatory. The corporate media has been breathlessly hyping it up as if it were an ebola epidemic. ‘While not calling for mandatory vaccinations outright, Trump used the words “They have to get their shots,”

If the state gets the power to jab needles into us against our will, it’s pretty much over. It will make all of us that much easier to control. The authoritarian police state will ban us from airports and other public places unless we show them our vaccine papers. Children will not only be banned from schools, but seized outright from those parents who are wise the vaccine scam. Who knows what they may come up with next—maybe they’ll try to force us to get vaccinated before being ‘allowed’ to buy a gun.

Americans have been way too trusting and gullible when it comes vaccines. The corporate media and government authorities know they can get people to go along with most anything if they use the word ‘science.’ They’re doing it now with climate change. “It’s settled science,” they tell us over and over. It’s not settled—they are lying to us. Beto wants to spend $4 trillion on climate change. That’s tax money taken away from families who need that money a lot more than Beto does.  Few got to vote when fluoride (a poison) got dumped into our drinking water.

Fluoride lowers IQs and makes people docile. Police states love that. GMO foods have been added to our shelves and lobbyists made sure the packages didn’t even have to be labeled. They said ‘the science was settled,’ and while GMO food kills bugs, it is somehow A-OK for us humans to eat, because Monsanto said so.

We didn’t get any say when secret programs allowed the Deep State to engage in geo-engineering and dumping poisonous metals in our atmosphere. Few objected when smart meters were installed, even though the old meters worked perfectly well. Smart meters subject citizens to even more radiation, spying, and government control. The 5G rollout will mean even more brain cancer and DNA destruction.

Whistleblowers are told to shut up when it comes to these matters, but it’s especially bad when people question vaccines. They are called not only conspiracy theorists, but also dangerous kooks. Vaccine whistleblowers not only lose their jobs–some even lose their lives.

Ready To Join Us? Support 2020 Weaponized Cartoons at our Patreon Page click to view– Also on SubscribeStar Click to View!

People need to know what’s in those needles. Some vaccines contain aborted fetal matter, animal tissue, mercury, aluminum, and all sorts of other reprehensible material–and for what? Because science says we need them to combat diseases that have grown increasingly rare due to better sanitation. Measles used to be a very common and nobody fretted about. Once kids got it, they were immune from it for the rest of their lives. The vaccines aren’t even that effective. At first they told us the vaccines were life-long protection, now they admit they only last 10 years at best. So keep getting that noxious junk shot into the bloodstream over and over! Vaccines are great—so why make sure everyone gets more of them? 100s, then 1,000s. When will people say, ‘enough!’

Mandatory vaccination should be the last straw and our biggest wake-up call. We Americans should stand up and say ‘enough!’ It’s our right to decide what goes into our bodies. Otherwise we may as well be cattle to be prodded, poked, and branded by Big Pharma and the Deep state.

One Time Donations to Support 2020 Cartoons- Click Here! Thank you, We are totally funded by your support!