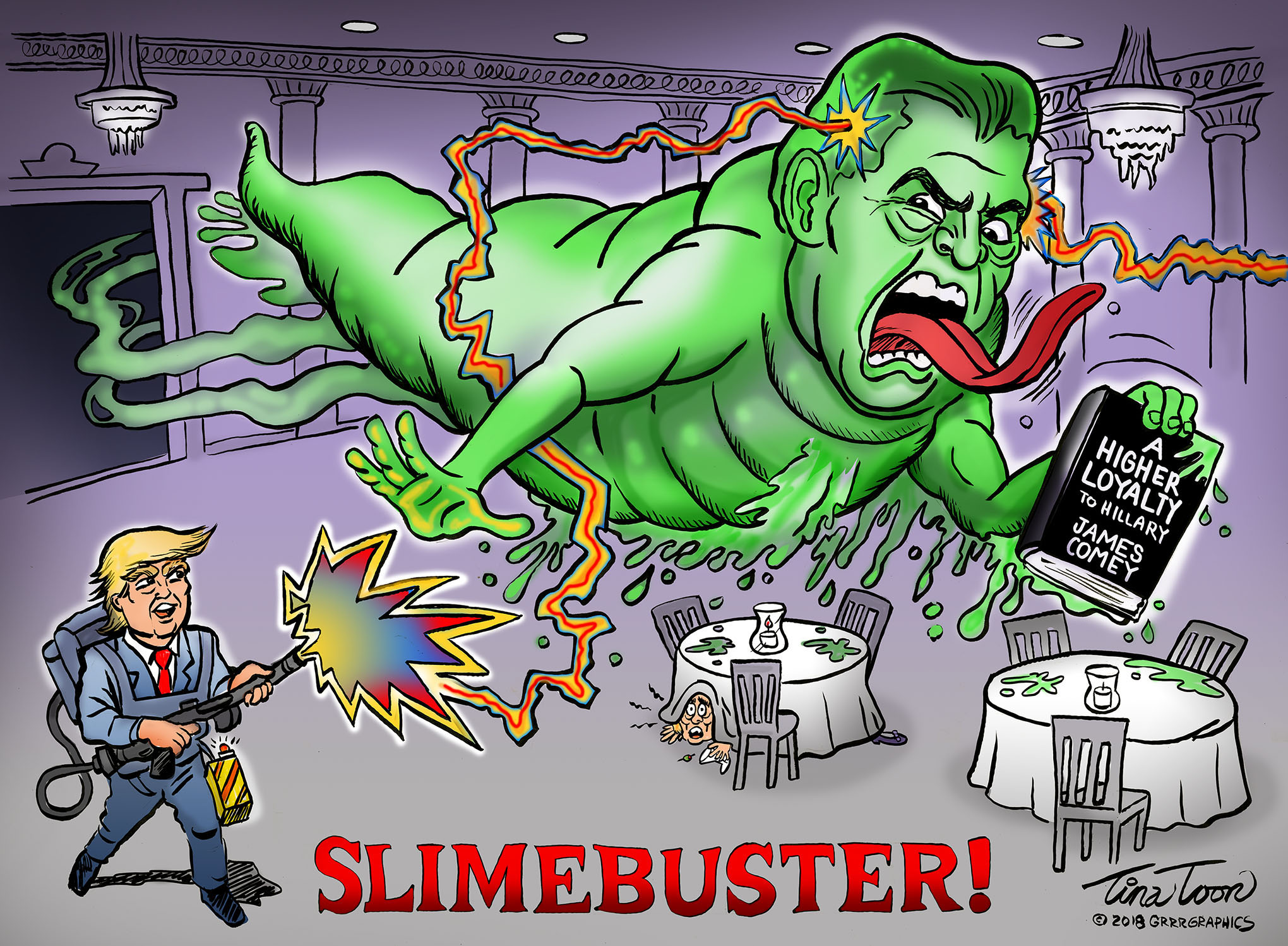 In leaks from his new book, “A Higher Loyalty”, he talks about how Trump’s tie is too long, how his hands are small and that he is a big mean old poo poo head because Trump fired him. Comey is a disgrace. Yes, Comey does have a higher loyalty, to Hillary Clinton.

In fact, news came out that Comey began drafting a statement rejecting the idea of criminal charges against Democratic presidential candidate Hillary Clinton over her private email account two months before Clinton was even interviewed in the FBI probe. There’s a shining example of Comey’s “loyalty”.

The President is right. Comey IS a slime-ball and a very slippery character- he should be in jail along with Hillary!

Stay Tooned for the next Tina Toon Tuesday!