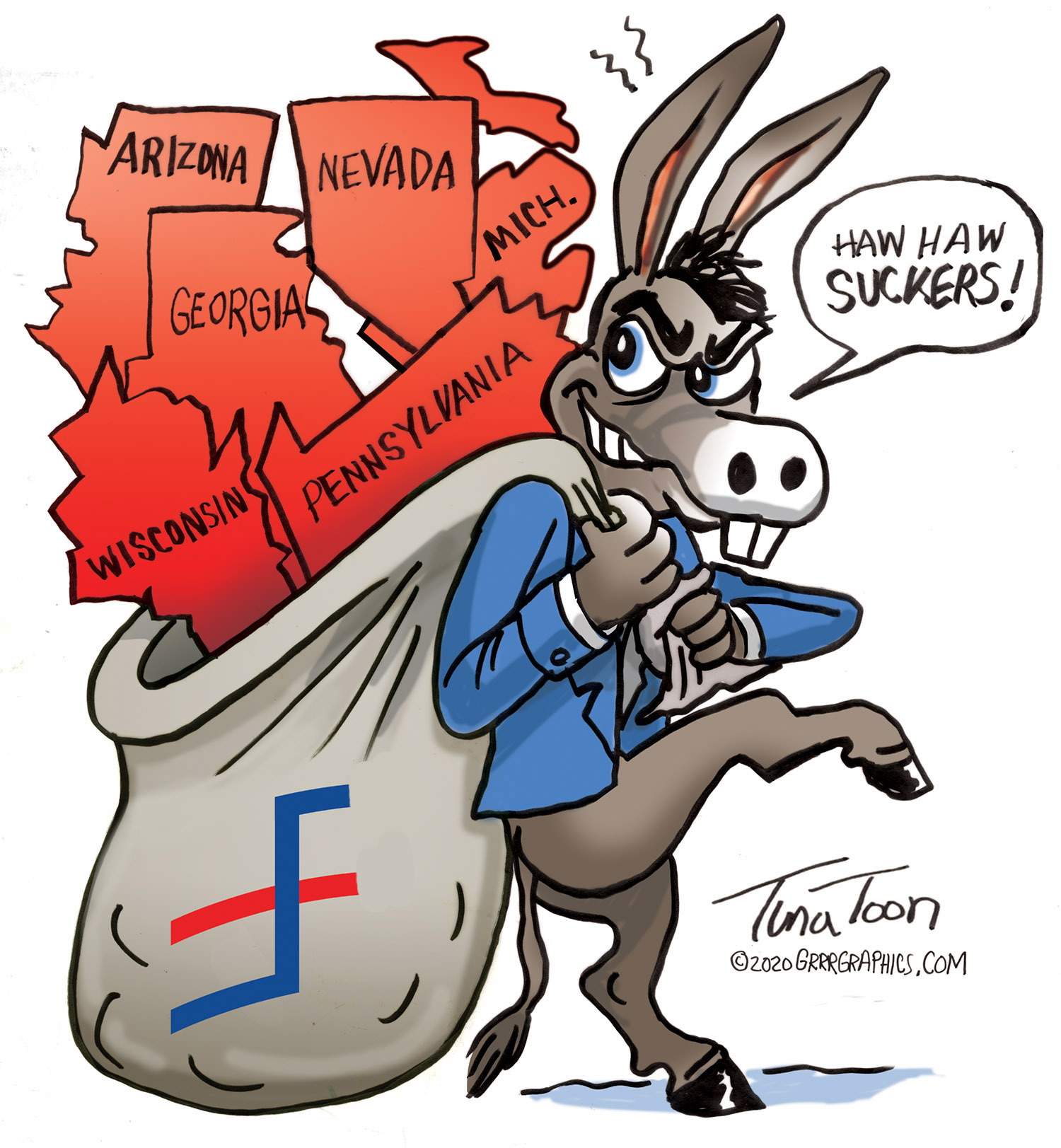 We are watching an election being stolen before our eyes–the Devil always overplays his hand. Greedy and arrogant, the Democrats stuffed ballot boxes and blatantly kicked out poll watchers from observing the vote count. President Trump has every right to ask for recounts in disputed swing states in order to make sure all legal votes are counted.

You are witnessing the greatest dis-info and gaslighting campaign ever released on the American people.  Fox News showed its true swamp filled side during election night coverage. They are no better than CNN. Many people are turning off Fox News and tuning into One America News Network (OANN) and NewsMax.

For four years we were called “deplorables” “racists” “sexists”  accused of every “ism” under the sun. Joe Biden called us “chumps” “ugly” “fat” and of course, “dog faced pony soldiers”.  Now they expect the 70 million plus Americans that voted for President Trump to just roll over and accept the new Biden regime in the name of “unity”?

Hillary Clinton said a few weeks ago, “Joe Biden should not concede under any circumstances …”  And yet they want Trump to concede instantly before all the votes are counted? That’s the Democrat way. Which only goes one way: in the favor of Democrats.

Count every LEGAL vote, not every illegal vote!

Thank God we have a fighter for a President!  Trump plans MORE rallies to bypass the stonewalling of the evidence of election fraud by both Mainstream media and social media. Trump is also putting “recount teams” in place in the contested swing states.

This election is far from over!

Hold the Line Patriots! Good things are about to happen- it had to be this way for the Deep State to be exposed! Thank you for your support- we shall prevail! Make a donation and support our cartoons in the fight to Save the Republic! Click to view