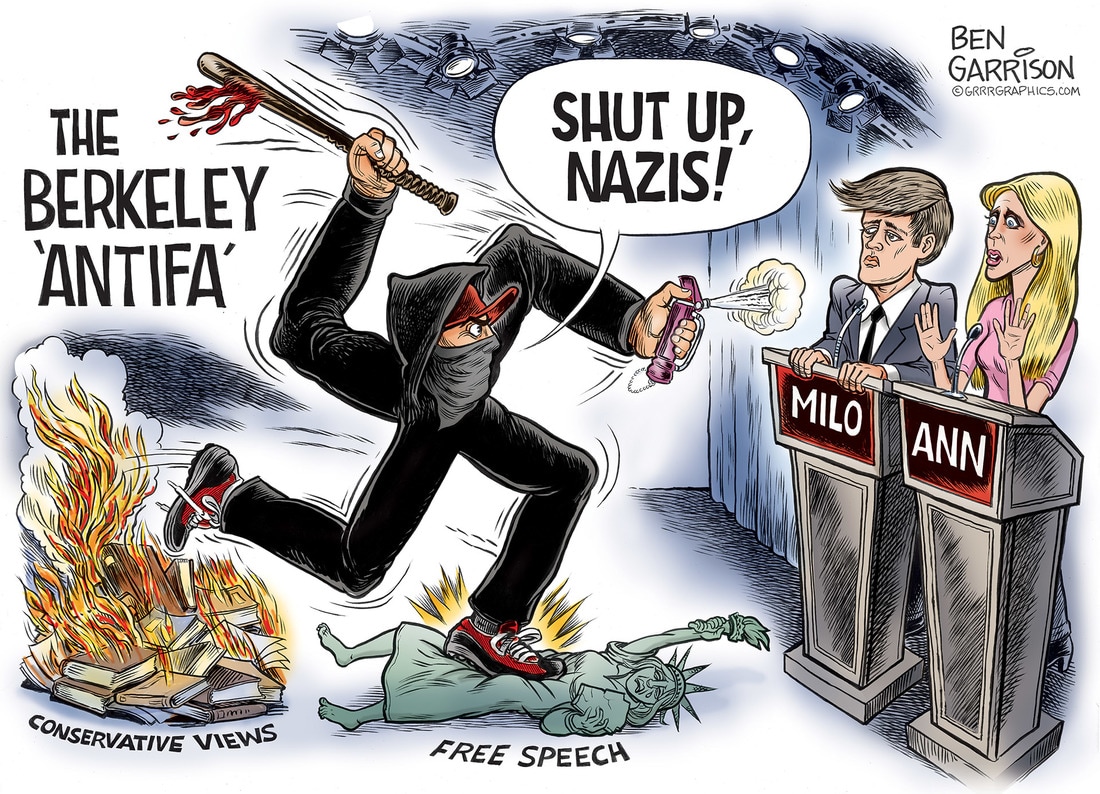 Approximately an hour before Carlson’s Fox News show aired on Wednesday evening, a leftist mob showed up at his home chanting threats such as, “Tucker Carlson we will fight, we know where you sleep at night!”

The leftists were also chanting, “No borders! No walls! No USA at all!”

It is unclear if Carlson’s wife and four children were home at the time of the incident.

The group left minutes after the police arrived — and no arrests were made.

Someone affiliated with DC Antifa told The Gateway Pundit that the protest at Carlson’s home was “just the beginning.”  GatewayPundit

The ‘Antifa’ dress in black, wear masks and resort to physical violence. They use force to silence those with whom they disagree. They consider anyone to the right of Lenin to be ‘Nazis,’ while they engage in brown shirted, Hitler-like tactics themselves. They are most likely funded by the globalist George Soros. His job is to stir up strife and conflict. He enjoys keeping populaces distracted by means of hate and violence while he and his ilk advance their plans for a one-world government.

Once a haven for free speech, Berkeley has now become a giant safe space where uniform thinking is encouraged. After all, free speech is extremely dangerous. Why? Because it might hurt someone’s feelings! Feelings are now more important than facts and logic on too many college campuses. The Berkeley faculty and campus police seem to favor the Antifa. Instead of headlong debate, heads are getting hit with bike locks—and the Antifa culprits get away with it.

These spoiled brats apparently think they’re leading a cultural Marxist revolution. They had better not escalate the situation further. If there is gun play, a great many conservatives will fight back. I hope that doesn’t happen. We already have a cold war of sorts between the blue and red states. We don’t need an escalation into a hot war.

It’s time for far-left colleges to practice what they’re preaching. Namely, they need to start being more ‘inclusive’ and embrace ‘diversity.’ This means including even (gasp!) white, male conservatives. Welcome all voices to the debate table, not only those who recite the usual politically correct narrative by rote. Give others who aren’t socialists a chance to be heard. Don’t be afraid to engage in rational discourse. It might end up challenging and expanding minds. Isn’t that what college is for?

See You at Cartoon Headquarters! The GARRISON an online MAGA private Forum!

Start your Free 14 day Trial today- a private community by invitation only- Click to Get An Invite!
​