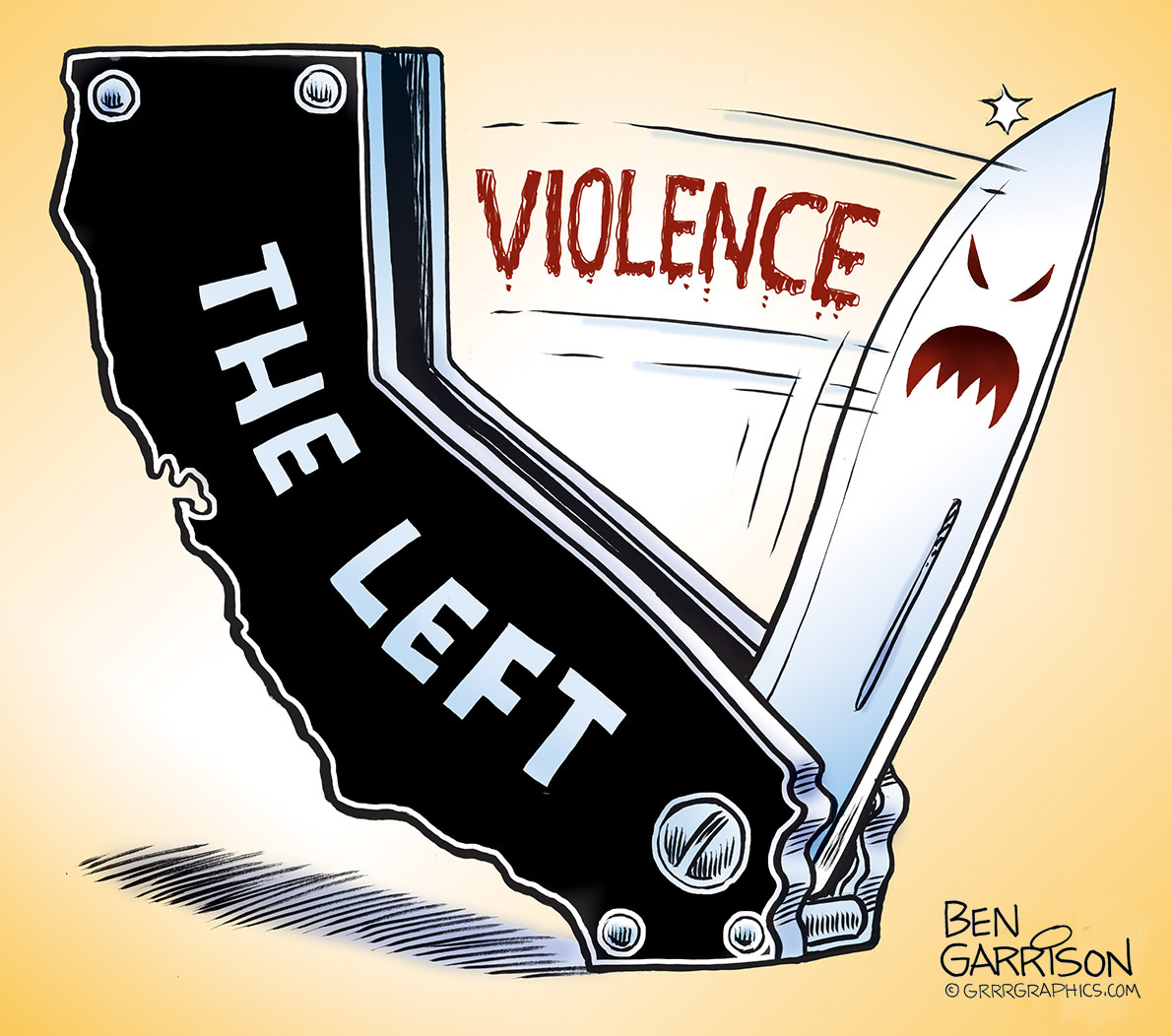 Apparently it’s no longer safe for Trump-supporting conservatives to visit certain parts of California without facing a torrent of obscenity and violence.

Today, the campaigning Republican congressional candidate Rudy Peters was confronted by a whack job who attacked him and pulled out a switchblade. Fortunately it malfunctioned. A scuffle ensued and he was apprehended later by the police. The switchblade was confiscated. Peter’s opponent, Swalwell, released a tweet condemning the act, as he should.

This act of violence could have been inspired by a what happened a few days in ago in Brazil. There, a popular Trump-like candidate was grievously injured by a knife weilding socialist. Or it could have been inspired by our own left-leaning legacy media who beat their anti-Trump drums with steady vigor. Trump is called all sorts of names by them—‘divisive,’ ‘racist,’ ‘bigot’ and even compared to Hitler. This encourages celebrities to make profanity-laded threats of violence against our president. Others, such Antifa, carry out real acts of violence. It’s no longer safe to wear a ‘MAGA’ hat in many California cities. It invites barbarity from kooks such as the one who attacked Rudy Peters.
—Ben Garrison
It’s time to stand up against the tyranny of the radical Left- Stop censorship of  freedom loving voices! Help fight back and support our weaponized cartoons!  Make a one time donation- large or small! Together we defeat them all!  Click here to donate