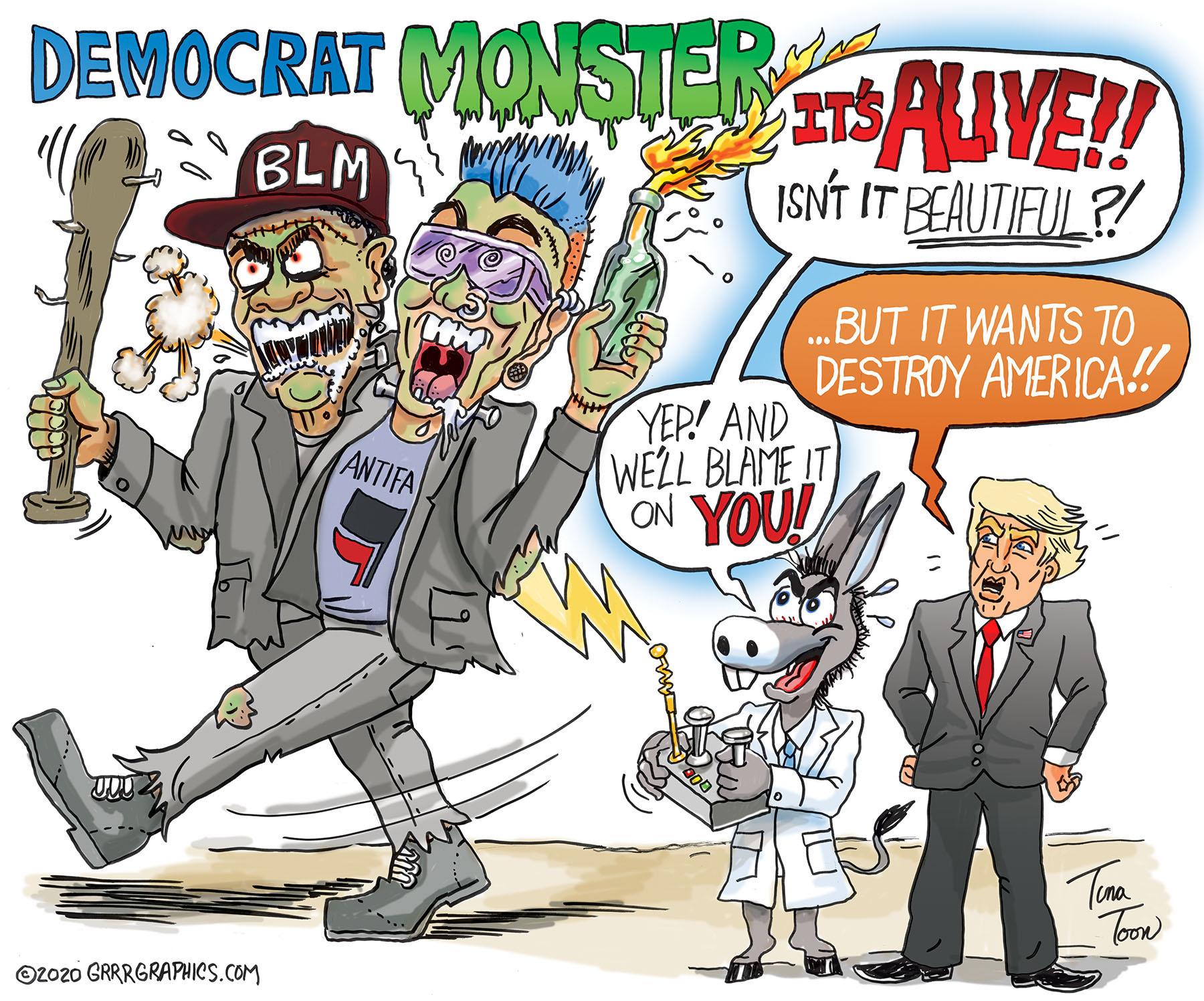 BLM is a highly organized, marxist organization that hides behind “social justice” in order to destroy the American nation.

ANTIFA is a violent mob of communist agitators that are bused from city to city, where they riot, burn and destroy the American way of life.

Both groups are tied to the Democrat party. In fact, the antifa.com website redirects to the Joe Biden For President donation page.

BLM donations are funneled through ACTBLUE and sent to Democrat candidates and groups.

BLM and ANTIFA were created by extreme Left groups that want to destroy America which are never condemned by the Democrats.

The Democrat party helped create and enable the riots, as Blue city Mayors like Ted Wheeler in Portland, sit on their hands and refuse federal aid to stop the destruction of their cities.

The Democrat’s threaten and gaslight the public with claims that “this is Trump’s America”. If you vote for Trump you will get more rioting and violence in every city.

In fact, this is your free trial of Joe Biden’s America. You think Biden and the Democrats will be able to control the raging mob if Biden wins? The rioters plan on continuing the violence no matter who is elected President.

No matter what Trump says or does, he will be attacked and blamed for the riots by the Democrats.

Turn on CNN, MSDNC, or pick up the Washington Post or New York Times. It is like entering an insane asylum of paranoid inmates frothing at the mouth screaming “It’s Trump’s fault!”.

It is not reality. Americans love their country and we will not lose it to a small unhinged minority of losers who want to destroy the country.