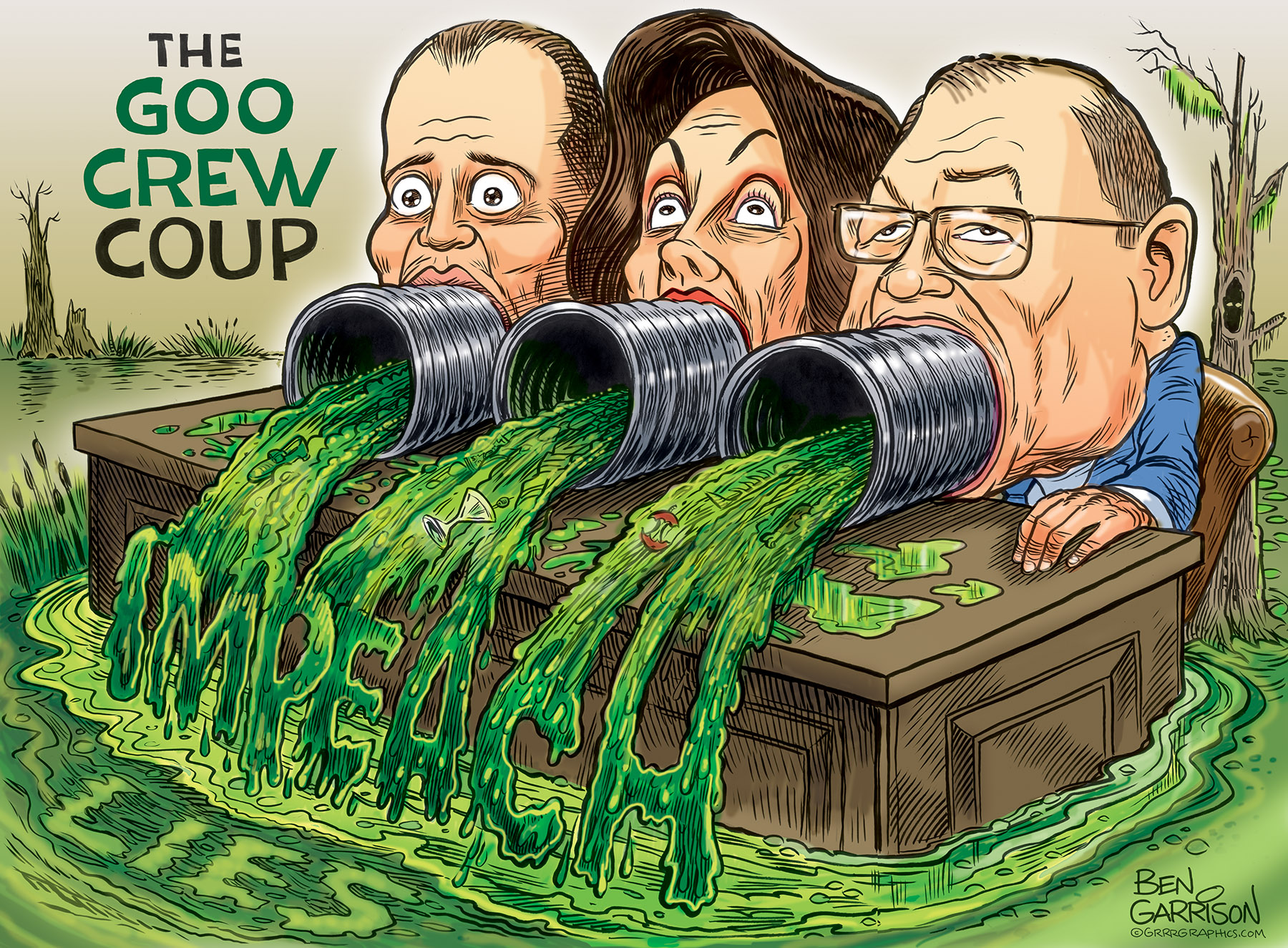 IMPEACHMENT AT ALL COSTS

I’ve been watching the ongoing farce known as the impeachment hearings and I realized their Star Chamber circus was never going to end. The Democrats will continue to invent and spew slime toward Trump no matter what. They accuse the president of interfering with next year’s election, yet THEY are the ones who are trying to negate the will of the American people who lawfully put Trump into office–and they are already interfering with his reelection in 2020.

President Trump is not part of the Deep State. He was elected as an outsider—an America-first populist and he promised to drain the swamp and end the corruption. The swamp is fighting back. Everyone is onto their tiresome game, but that makes no difference. They all have severe cases of Trump Derangement Syndrome.

The Democrats have contempt for the will of the American people. The Deep State Swamp will never stop spewing slimy lies as they continue to make a mockery of the Constitution.