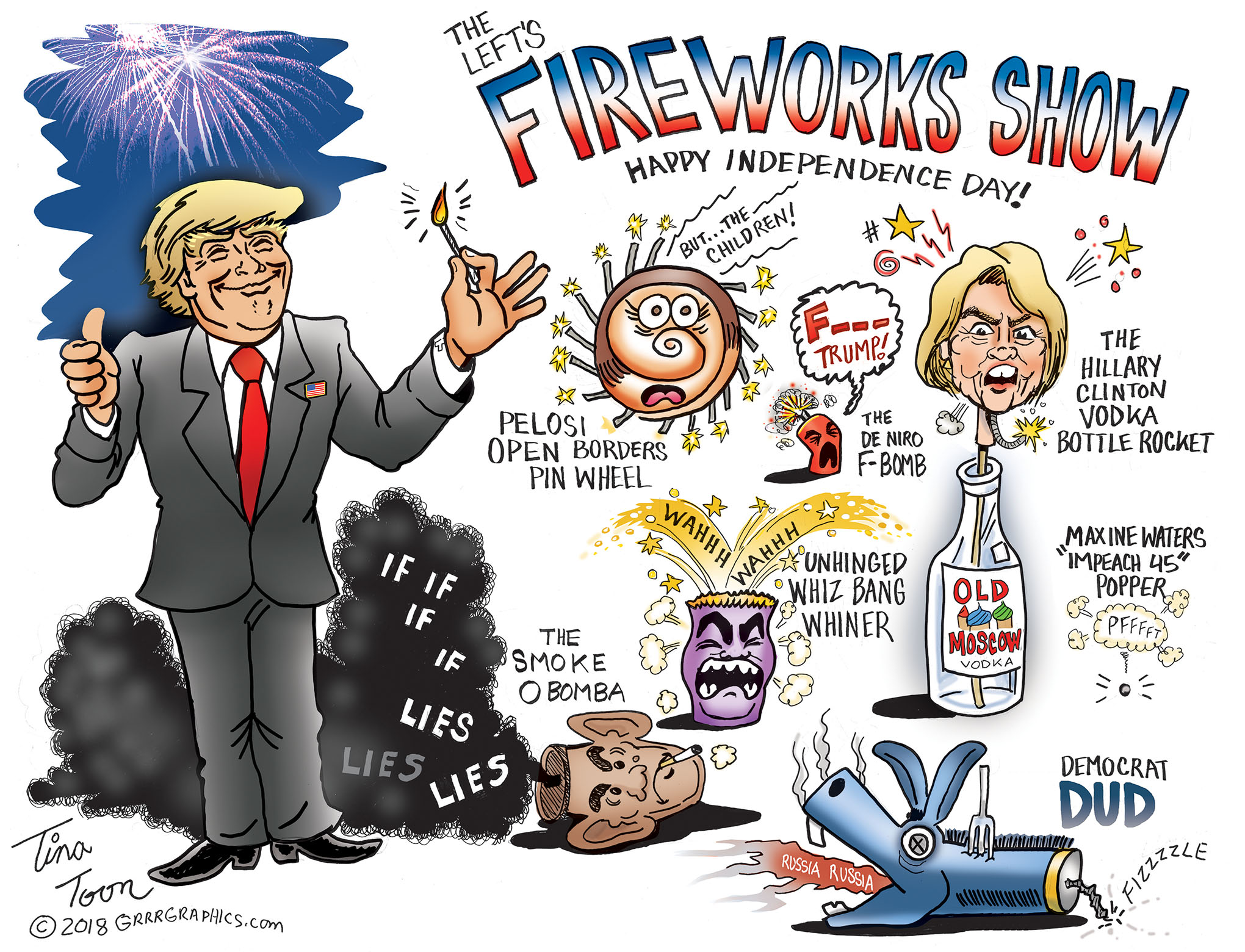 The fireworks show is starting early this year.

From smoke bombs in Portland to Red Hen restaurant fireworks in Virginia, we are being treated to the biggest boom show in years.

But now the unhinged left is getting dangerous. These insane people are whipped into a foaming frenzy by the likes of Maxine “Impeach 45” Waters and CNN, who day after day urge the left to lash out against people who voted for Trump.

Recently a man was arrested for threatening Senator Rand Paul and his family, leaving unhinged calls vowing to leave “your kids bowels splayed out across floor blood spattered on the door as you lay dead.”

It’s not just the unhinged base, it’s the entire Democrat party’s leadership including Hillary Clinton, who when asked about “civility” scowled out “Give me a break”.

A Democrat LA councilman was arrested at an “Abolish ICE” protest. The Democrats want open borders, no police and would give more privileges to illegal aliens than hardworking American citizens.

The Democrats seem bent on destroying our country as long as Trump is President.

This is backfiring bigly on them.

The WALK AWAY campaign is resonating with sane liberals everywhere and they are leaving the Radical Democrat party in droves.

This fourth of July we need to remember our shared history and traditions that make our country great.

Every time You make a Donation, A Cartoon gets it’s Wings! Thank You

And maybe just tell that Lefty wacko in your family that no matter how loud they scream, Trump is still their President and looking out for America.

Happy Independence Day to all our Friends!