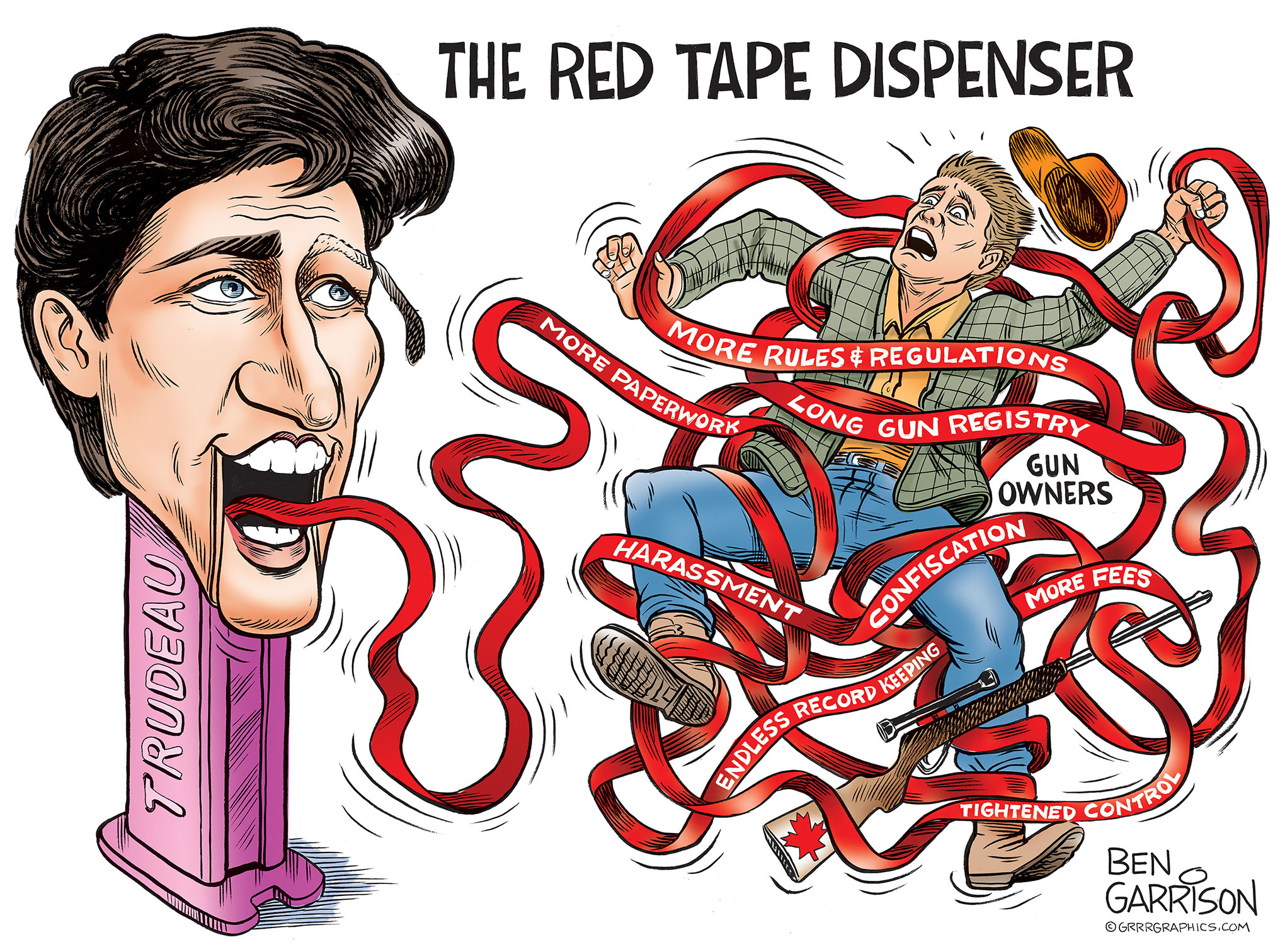 It is ostensibly being pushed to lessen crime in Canada, but what it really does is target honest citizens. It will not take guns out of the hands of criminals but instead harass Canadians and make it more difficult for them to own firearms. Instead of criminal gangs, Trudeau focuses on sportsman. By ramping up the red tape and bureaucracy, he is taking one step further in his quest to ban guns outright.

Trudeau, like Obama and Hillary, is a notorious globalist and pal of George Soros.

They want a one-world government and citizens turned into defensive slaves, so that they can be exploited further and culled. Slaves aren’t allowed to protect themselves. To be sure, the globalists aren’t against guns. They simply want them in the hands of their government.

They want to pull the stings of that leviathan government, which would have complete control over the guns. It’s about money and power and if Canadians do not start pushing back hard against this encroachment, then they will lose the ability to own a gun altogether in the future.

What’s happening in Canada is exactly what the left wants in America, too. “Reasonable” gun control to them means making it more and more difficult to purchase and own a gun.

Death by red tape is their approach since a direct attack on our Second Amendment would ring too many alarm bells. Those bells should be going off already—and my cartoons are a form of an alarm bell.

What’s going on in Europe and Canada is a preview of what the globalists want right here in America. 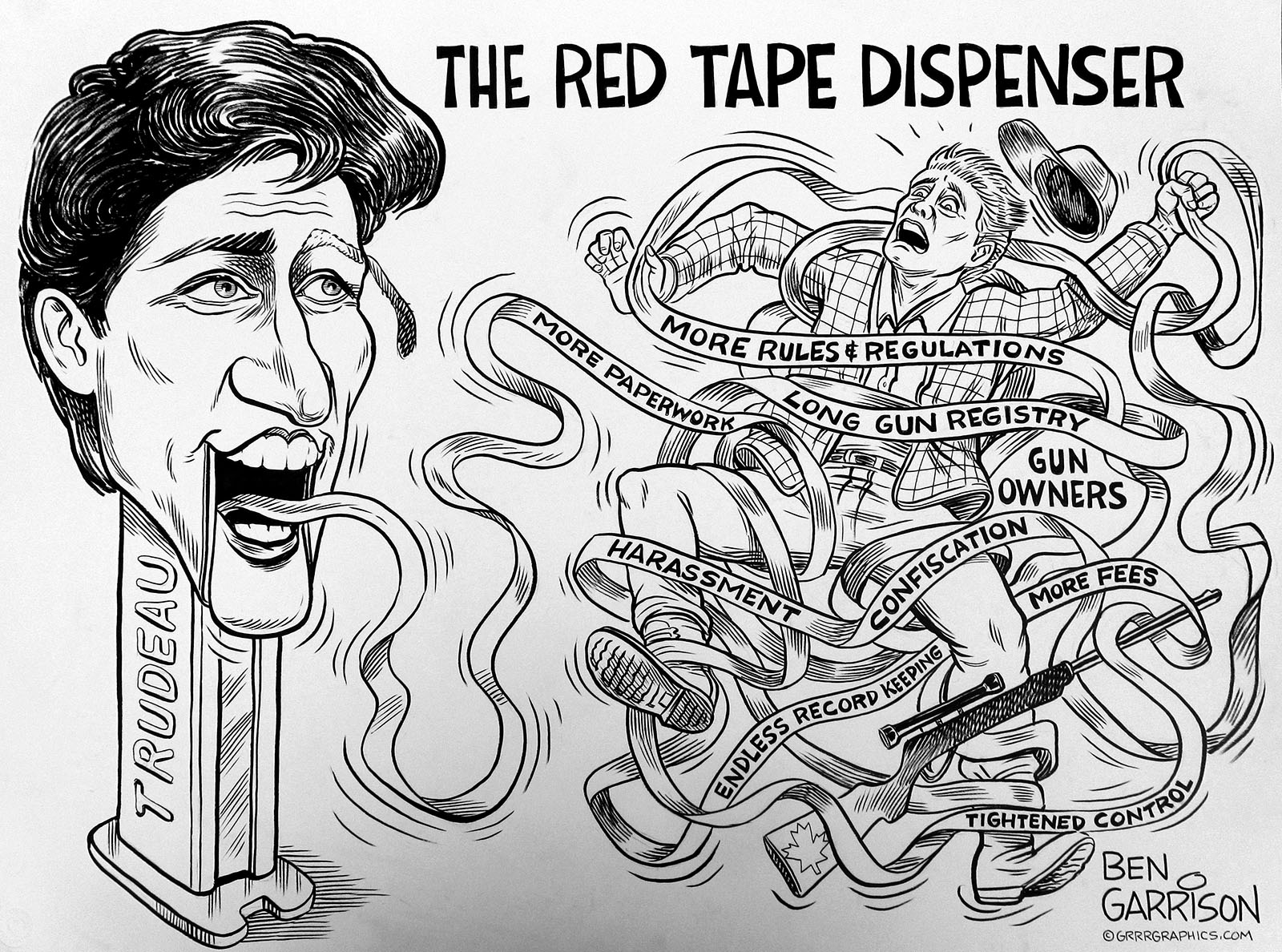