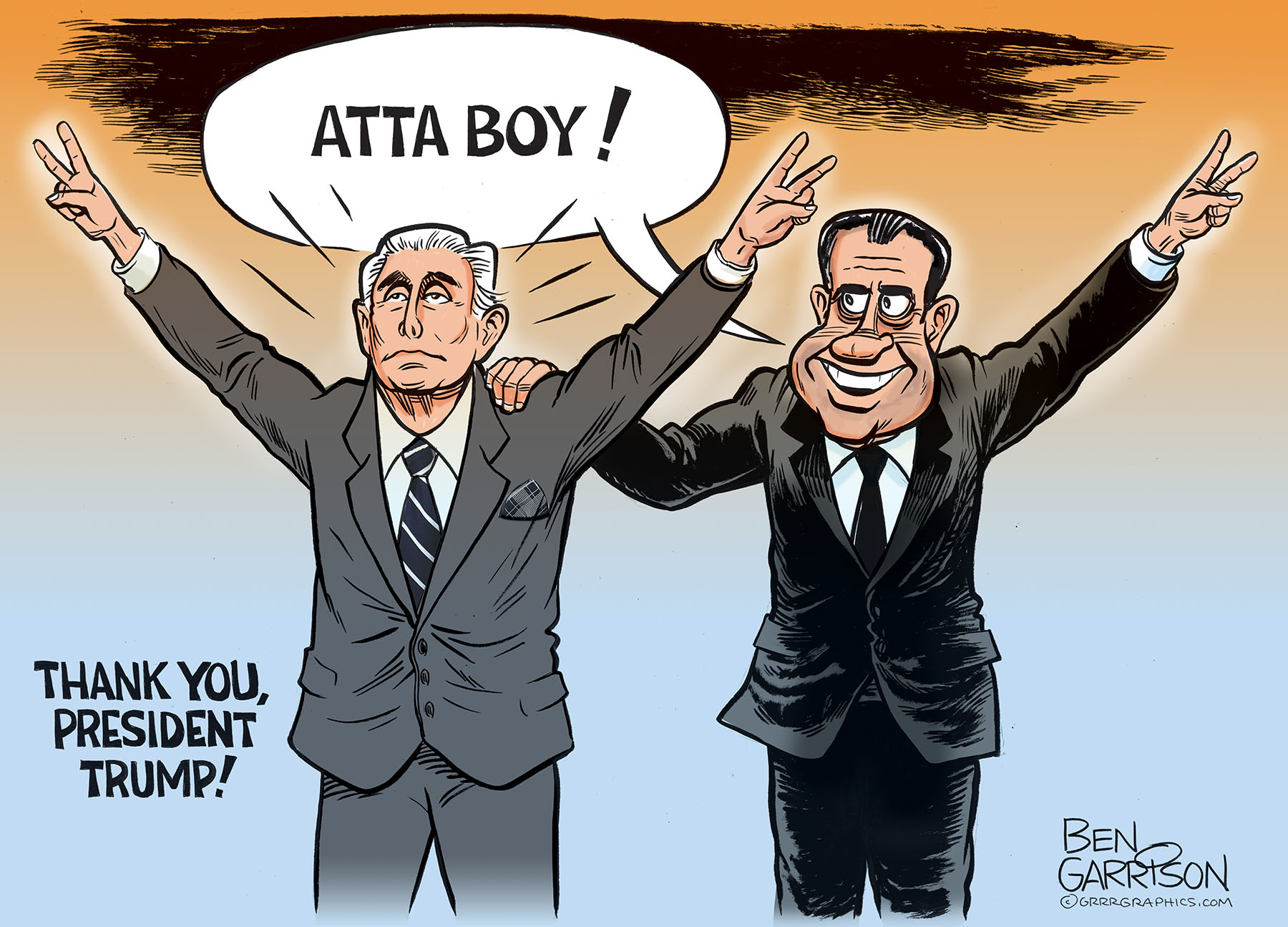 Stone, a long time icon of American politics, helped Trump become president. Roger’s book, “The Clinton’s War Against Women,” did significant damage to Hillary’s campaign. She and the Deep State tried to exact revenge by coming after Stone during the Russia collusion witch hunt. Mueller and nearly two dozen heavily-armed FBI agents along with CNN made a show of storming Stone’s home in Florida during the early hours of the morning. Such a raid was completely unwarranted. Stone was not a flight risk, but they treated him as if he were a terrorist.

It was all for naught because there was no Trump/Russia collusion and Mueller came up empty, but Stone was still on the hook and the Deep State was reeling him in for a long prison stretch. All because Stone had a slip of memory. It was a process crime and the FBI is good at setting people up for that. General Flynn received similar treatment.

Stone was tried in an Obama court in the bluest of blue territories. The jury was virulently anti-Trump. The entire sorry show was a charade designed to break Stone’s finances and reputation as well as make Trump look bad. Hillary and the Democrats wanted their revenge.

The well-dressed Stone no longer has to face wearing a prison uniform. He is now free to work on his case and set the record straight, thanks to President Trump.