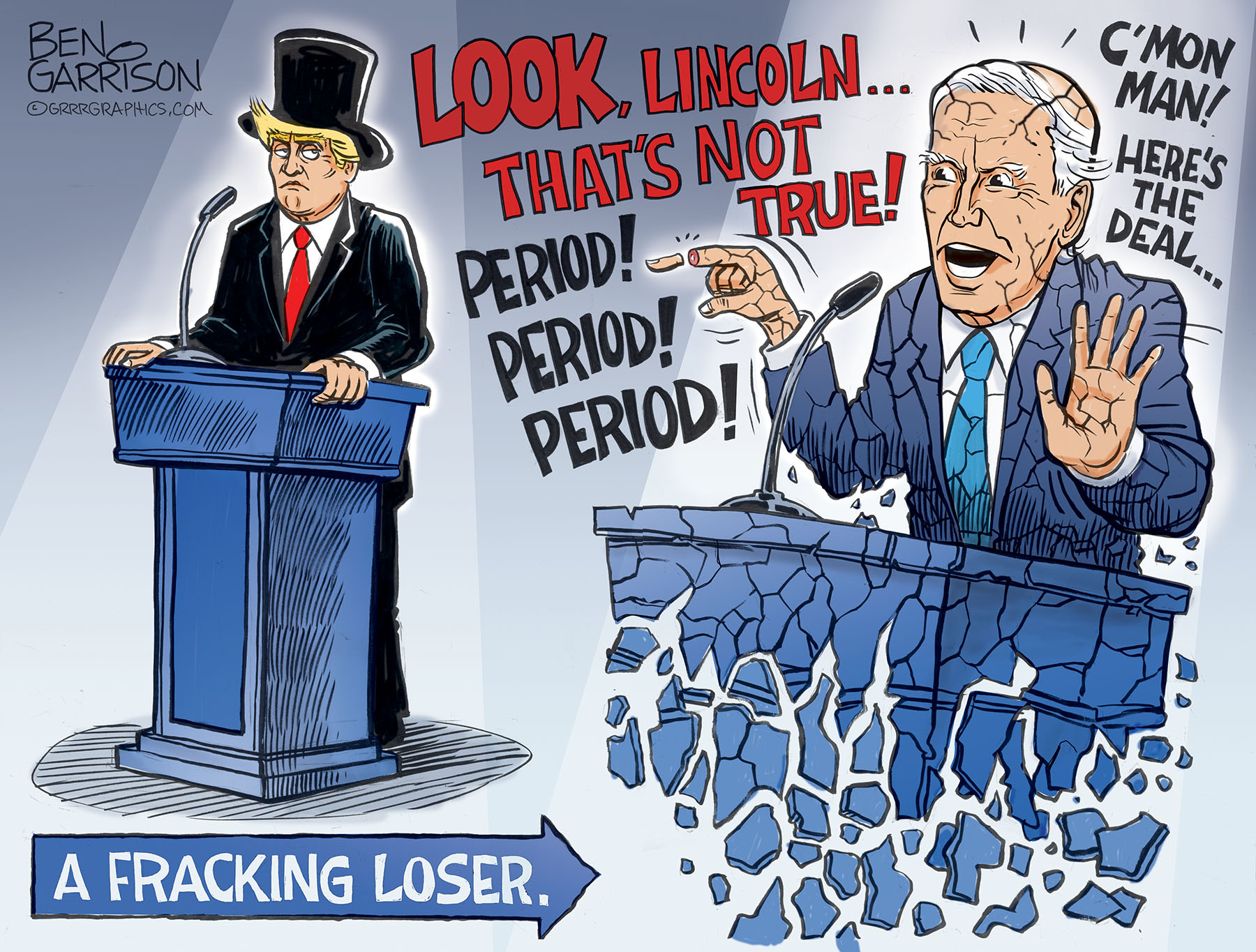 I suspect few minds were swayed, though. The Democrats and the leftist fake mass media all praised Biden and thought he was the debate winner. This is to be expected.

Biden seemed to fade as the debate went on. He mumbled and stuttered more. He called the Proud Boys “Poor Boys.” He made a major mistake by claiming he did not want to end fracking and Trump reminded him that he did earlier say he wanted it ended. Biden said it wasn’t true and challenged President Trump to provide the video. Trump was only too happy to promise said video. Biden truly did say he wanted to end fracking and in fact, he wants to shut down the entire oil industry by 2025. This would cause a complete and utter economic collapse. Biden, by trying to please the far left and go along with their ‘New Green Deal,” ends up saying stupid things and contradicting himself. Let’s hope the voters who value their energy jobs were paying attention.

Biden also tried to make a clever quip about Trump being Lincoln and flopped miserably. Trump didn’t claim to be another Lincoln. Rather, he claimed that as president he has helped more black people since Lincoln.

“Lunchbox Joe” tries to come across as a friendly working man who identifies with the middle class and the poor. Just an average Joe. In fact, he’s a corrupt career politician who enriched himself and his family. He has groped women and children. He’s a predator with an avuncular style.

Joe’s style of debating relies on folksy platitudes. His repetitive bromides such as “C’mon man!,” “Look!” and “Here’s the Deal!” become tedious and predictable. Worse, he counters any damaging criticism or charges of serious scandal by saying things such as, “Nobody believes that!” or “That’s not true!” He can offer no real rebuttal and therefore resorts to gas lighting. As long has he sounds confident in his lying, he figures he can get away with it.

Despite his flashing white teeth and surgically tightened face, Joe sounds like a dithering, bumbling old man. He’ll be a very dangerous old man should he reach the White House.