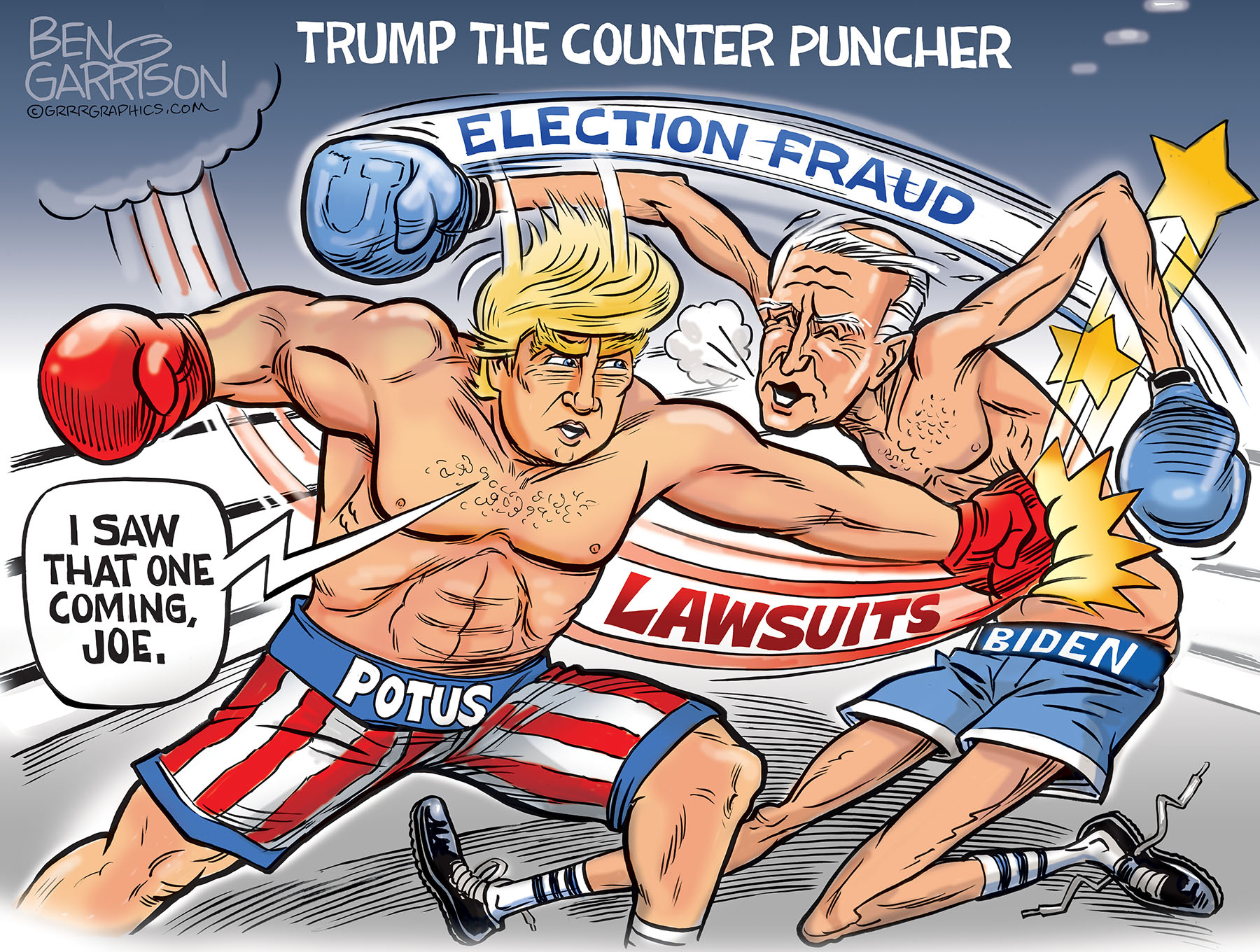 We saw that one coming Joe

Trump threw too many effective jabs during his first term while the Democrats repeatedly tried but failed to knock him out of office with their wild haymakers. The Deep State Swamp dwellers continue to hurl windmills of lies, seditious rabbit punches, and criminal double crosses.

President Trump knows how the Swamp operates—they fight dirty. He had to have anticipated the Democrats would cheat to defeat him during the election and that’s exactly what they’ve done. Sure, the lying left-leaning mainstream media are all in Joe’s corner, but we already knew this. Stop listening to their pro-Biden malarkey. They don’t get to decide the winner.

Support Ben and Tina’s cartoons! Buy them a “virtual” coffee through Ko-fi! MMmmm Make mine Strong! Click to send!

The mail-in ballots were a voting disaster waiting to happen. There are now more scorecards floating around than there are judges—the judges being American voters, of course. Powerful and corrupt forces are changing those scorecards. They have all declared Biden the winner by knockout. At some polling stations, the referees weren’t even allowed in to watch. That means dirty tricks could take place without rebuke. Our system of voting got hit in the back of the head. Trump supporters got their feet stepped on. Social media continue to throw elbows into the teeth of those who cried foul. The Democrat Socialists are hardly playing by the Marquess of Queensbury rules and they never have. They believe the ends justify the means and if that means cheating, then by all means!

Trump needs to counterpunch furiously and do what it takes to ensure that real votes are counted and counterfeit ones are tossed out. That may not be easy, but if he loses this boxing match we may end up losing the country to China Joe and his communists. We know Bolsheviks have no honor—they love to fight dirty.