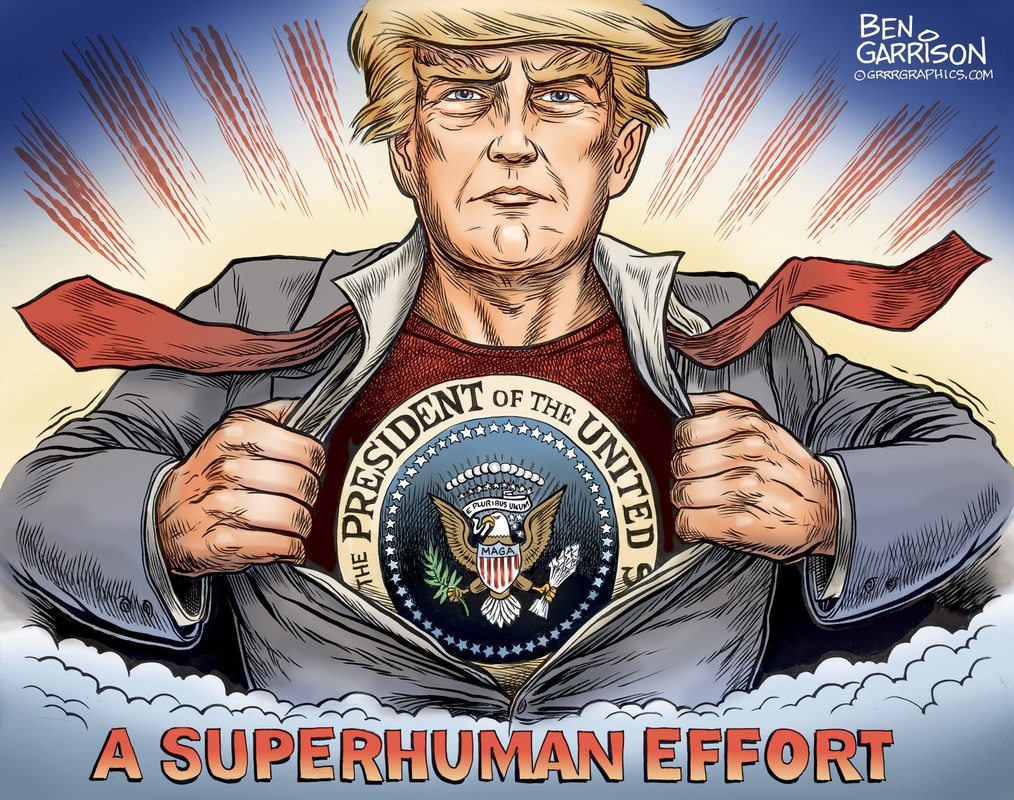 ​About a year ago, Bill Maher’s panel laughed when Donald Trump’s name was mentioned. They all seemed to think he had no chance whatsoever. They said he was running merely as a publicity stunt. Mahler smugly dismissed him and called him an orangutan.

​Maher’s tone changed during his show that aired just before the election. He almost came off as a nutty conspiracy theorist as he attacked Trump. Maher claimed (without any facts whatsoever) that Russia was helping Trump run a ‘coup’ on America. Maher did his reckless best to drum up maximum fear by painting Trump as some sort of Hitler figure.
Cartoons that are Politically Incorrect? we got them! Support at Patreon

Trump seemingly had no chance when he began, but now he’ll be our next president. The odds against him at first were ‘yuge.’ He had never before been elected to any political office. He had no political experience. He was forced to run through many gauntlets set up by Republicans and Democrats alike. He was smeared, ridiculed, insulted, impugned and dismissed. There were even assassination attempts. He tirelessly spoke before a great many large crowds all over America. He was a very high energy candidate. He did this without spending much money. Hillary spent twice as much as Trump for each vote. He attacked her record while she attacked a cartoon frog. He talked about issues while she claimed a rude thing he said ten years ago disqualified him.

He proved the mainstream media and pollsters to be wrong. He defeated the corrupt establishment candidate Hillary Clinton, who couldn’t figure out why she wasn’t 50 points ahead. He defeated political correctness. He defeated the left-wing celebrities and campus snowflakes. He triumphed against all odds. It was a superhuman effort, indeed.