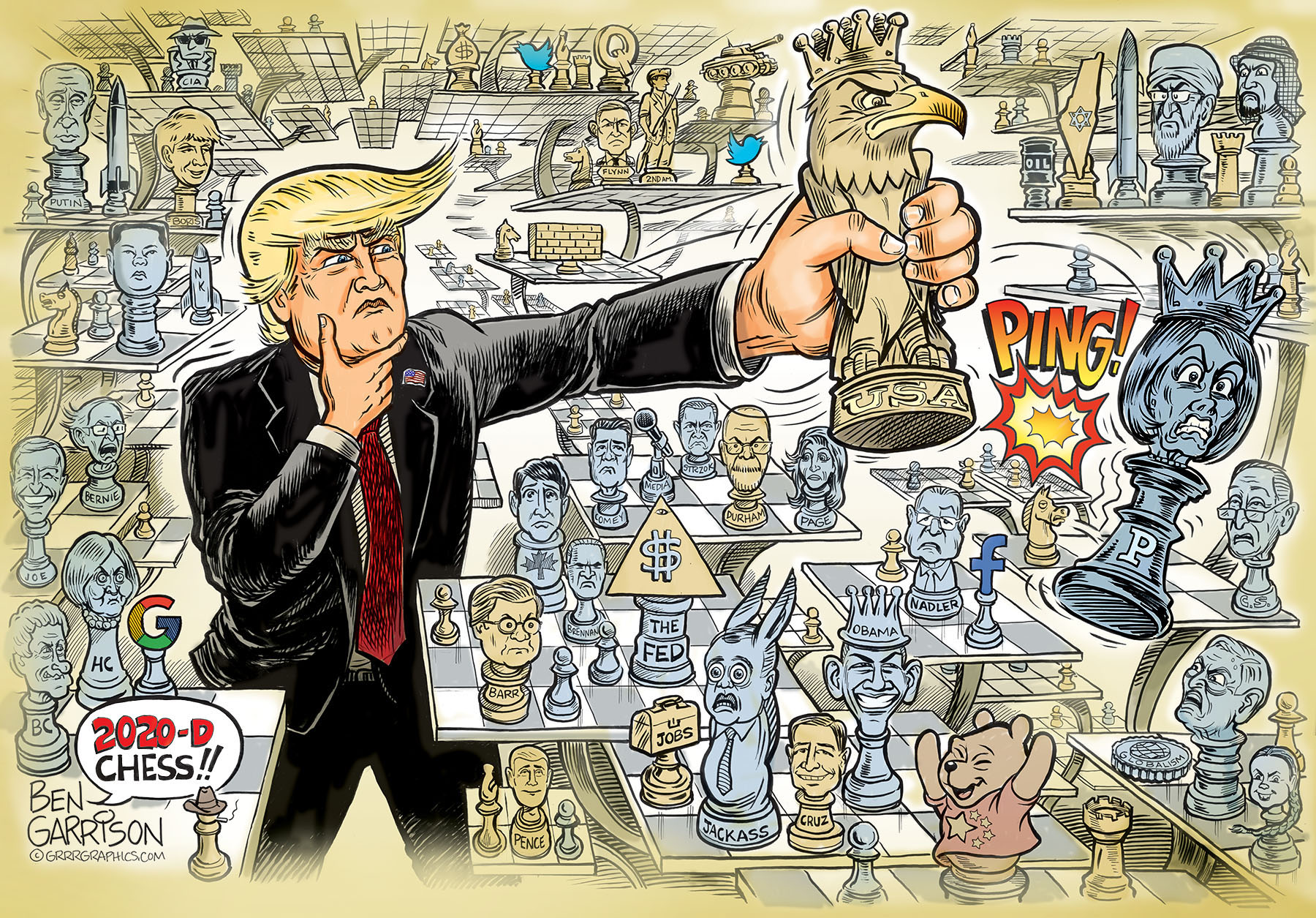 Trump is good at 3-D chess, but the year 2020 has brought another complication—impeachment—so I decided to draw a cartoon showing our president playing 2020-D chess.

Led by Nancy Pelosi, the House Democrats have impeached our president and they did it without proper procedure, evidence or fairness.

The Democrats wanted Trump removed even before he was inaugurated. Their expensive Russia collusion hoax dragged on for several years before it finally collapsed. They then immediately moved on to another lie. If they can focus a perpetual laser beam of negativity onto Trump, it will hurt his chances of reelection. Or so they think.

Pelosi was on a recent episode of Bill Maher’s show and she used the word “Constitution” with every other breath. It was meant to distract us from what the House Democrats actually did. They trampled on our Constitution.

Our country has many important issues that deserve our attention. Instead we’ll be focused on an impeachment trial in the Senate, thanks to the Democrats’ all-consuming Trump Derangement Syndrome. If the case can’t be thrown out right away, then the trial needs to end quickly.