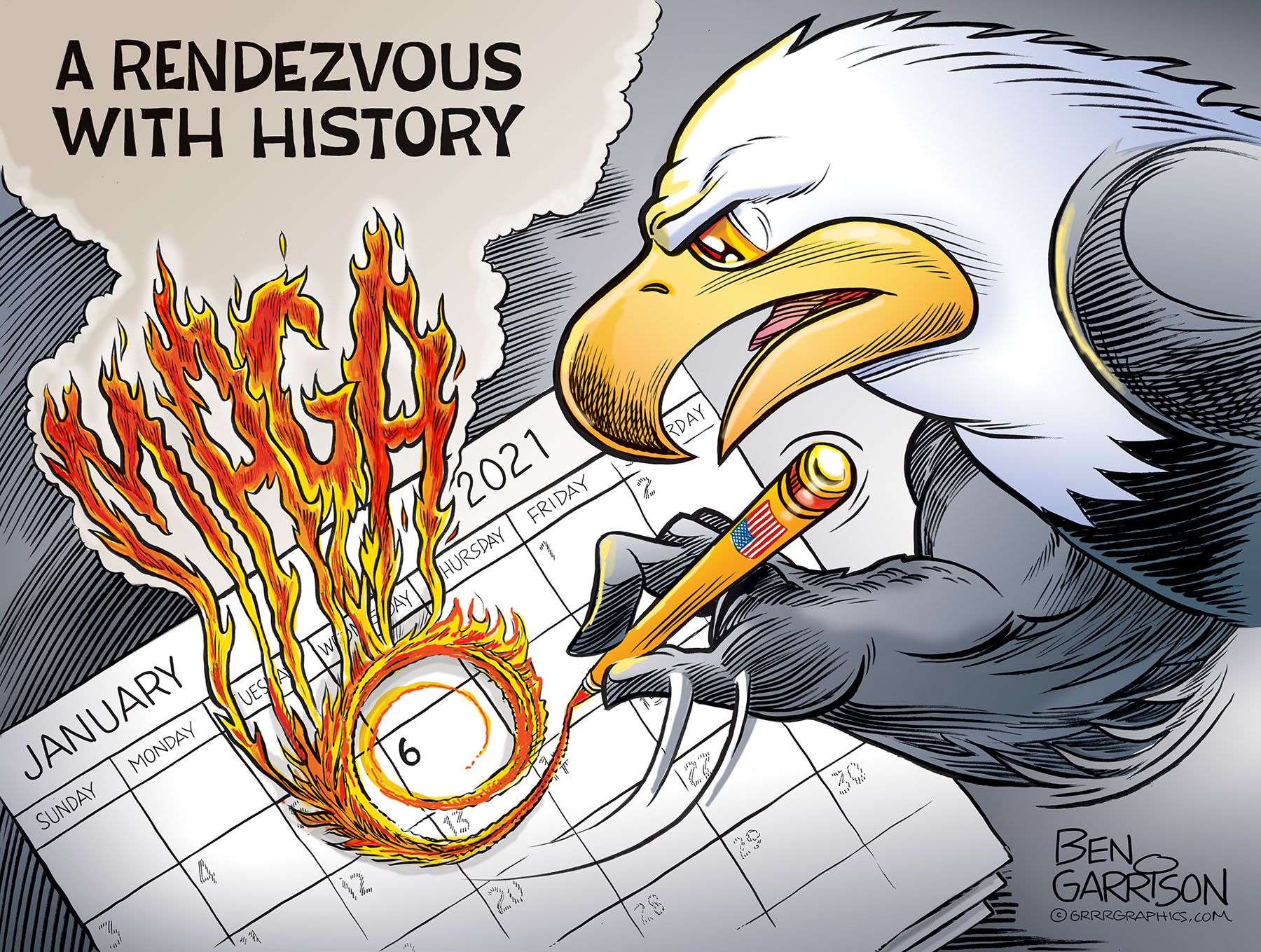 Wednesday, January 6 is a red letter day. I’m sure many have the date circled on their new calendars. Probably in red ink. Soon it could be circled in fire.

It’s a protest day for many Trump supporters. They’ll be in Washington D.C. to help the president in his quest for justice. The election was blatantly stolen by the Democrat Socialists. The evidence is overwhelming, but the corporate media, the courts, and many in Congress are content to be led by a corrupt and demented swamp and basement-dwelling pedophile, China Joe Biden.

Join us on SubscribeStar- a great way to support cartoons with a monthly donation- Free Speech alternative to Patreon click to view!

The big question is, will Vice President Mike Pence come through for Trump and challenge the electoral votes in key states? Will he stop the steal? We will all soon know, but I have my doubts. If Pence sides with Biden, then he’ll go down in history as the second Benedict Arnold. Trump should then initiate the Insurrection Act and arrest them all for attempting a coup. After all, they were aided by China and other foreign operatives. Trump should hand Pence a second envelope that says, “You’re Fired.” I hope I’m wrong about Pence, but I have my doubts about him. If he proves me wrong and sides with the president, I’ll be delighted.

January 6th can be a turning point in US history. It can be the day when patriots take not just a stand, but real action against the globalists who want a ‘great reset,’ which means America will live under a totalitarian system similar to communist China.

We don’t want a ’new normal’ that’s being forced upon us by tyrants. We want the regular constitutional normal. We The People want our Republic back.

Just Added Special Limited Edition Signed Prints! Only 100 will be printed- Mark this Historic date with your own signed copy of Rendezvous With History  Order yours today! Click Now