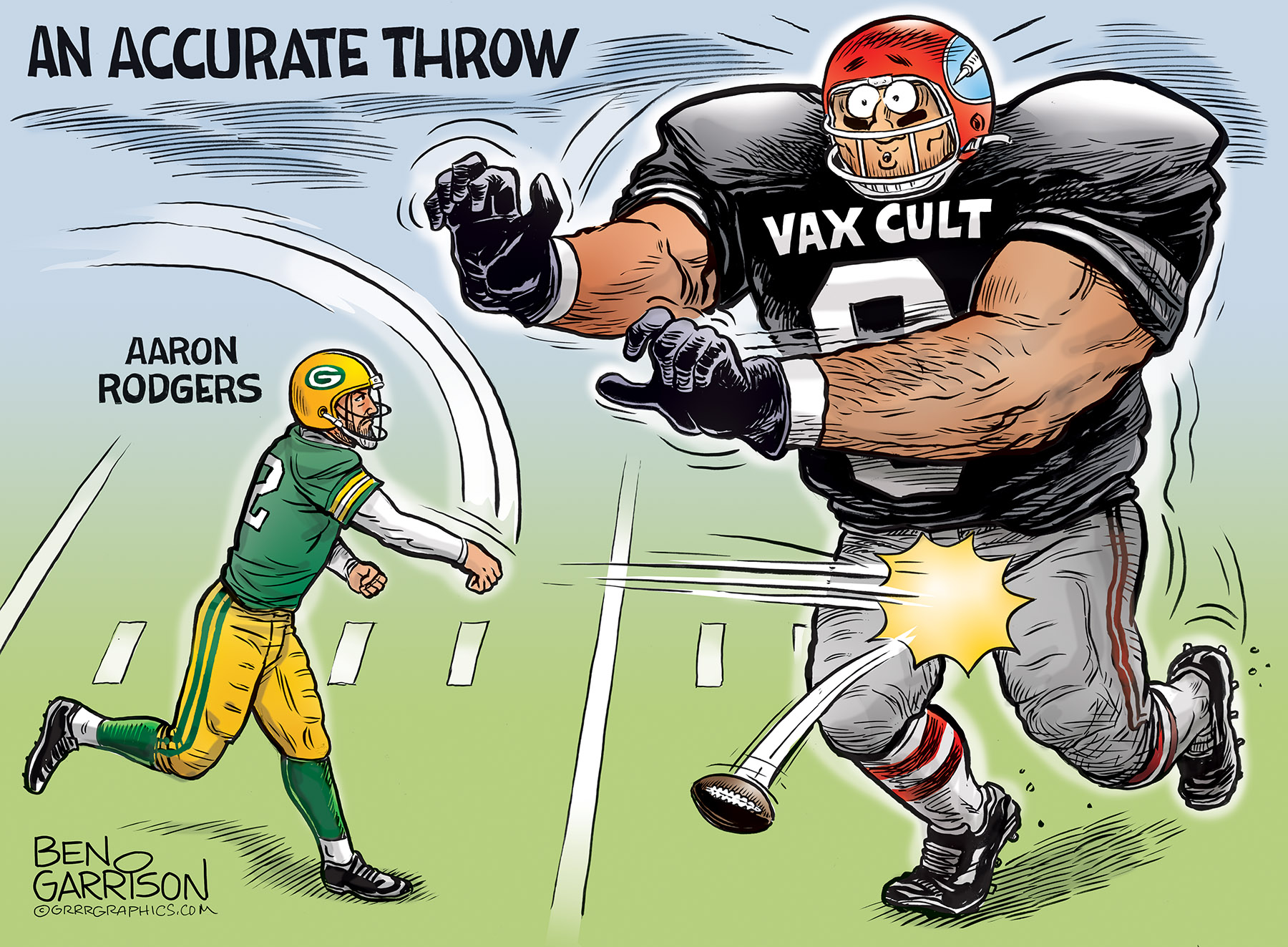 We at GrrrGraphics applaud Aaron Rodgers for taking a stand against medical tyranny. He refused to take the dangerous and experimental COVID-19 vaccinations and then he caught the virus. He used the same remedies taken by talk show host Joe Rogan, and like Joe, he has made a speedy recovery.

Rodgers instantly faced a harsh blitz from the woke media. Influential people are not allowed to question the ‘official’ New World Order narrative when it comes to the virus. “Shut up and take the jab! If you dare to disagree with your medical masters, you’re a purveyor of ‘misinformation!’ ‘You’re not allowed to have an opinion that doesn’t align with the narrative decided by us, the billionaire oligarchy. We own science! We call the shots!”

That oligarchy wants to control what goes into our bodies. We are their cattle. They don’t want us to exercise our free speech and complain. They want us to shut up and comply unquestioningly.

Rodgers and the Green Bay Packers were promptly fined. The corporate media viciously attacked Rodgers. He didn’t back down. Yahoo, for example, published this:

“ . . . But when Rodgers elected to defend himself spouting junk science, conspiracies and snake-oil remedies, he recklessly ignored his power as a football superstar to misinform millions of Americans hesitant about vaccination.”

Various NFL stars including former coaches and players, including Terry Bradshaw, labeled Rodgers ‘selfish’ for not getting the unsafe and ineffective vaccines. Shame on them for reinforcing the Cult of Covid.

Stand strong in the pocket, Aaron. You have many new fans rooting for you. 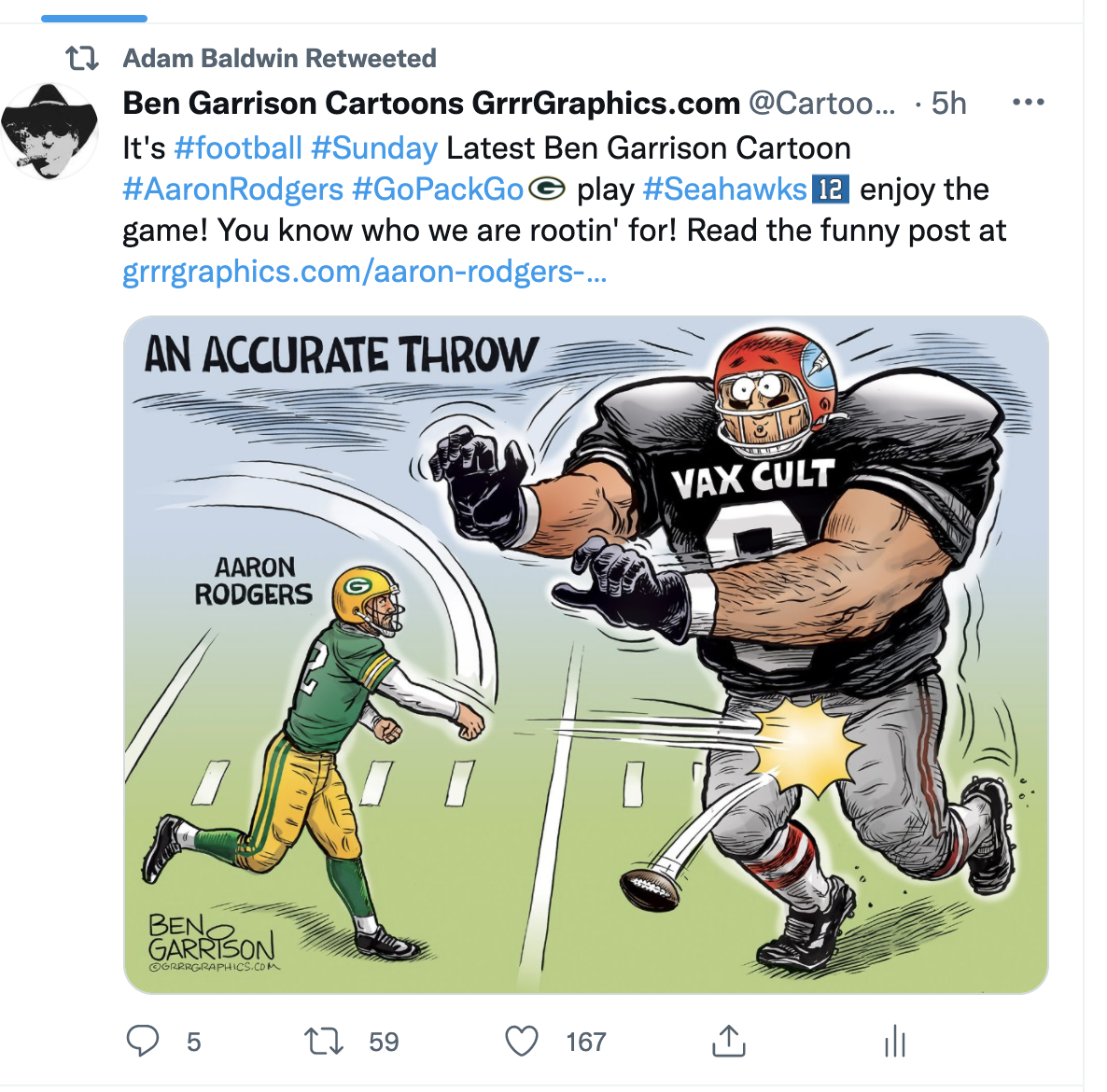 This cartoon is available as a SIGNED PRINT- Click to order yours today!