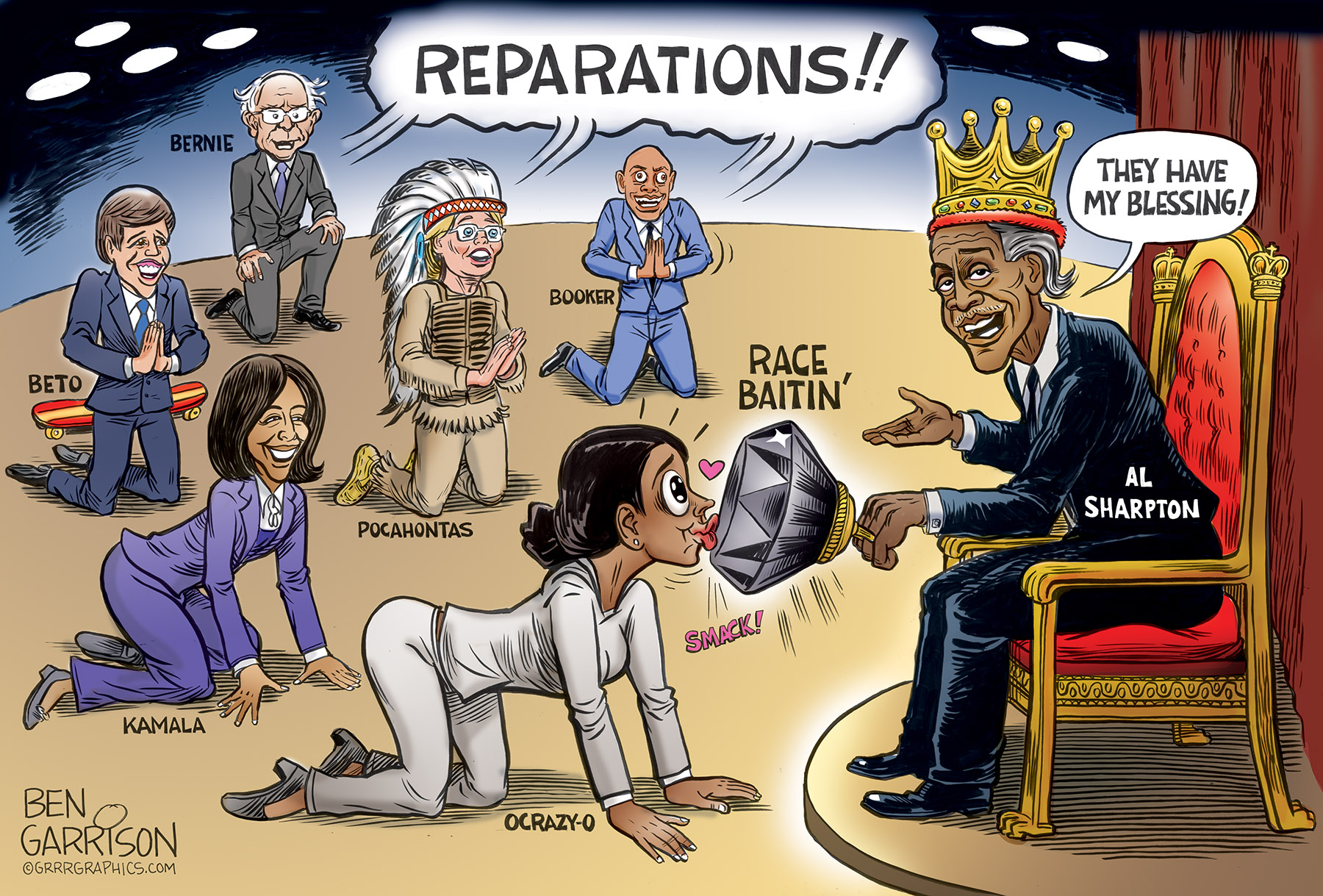 You may now kiss the ring of Al Sharpton, the country’s biggest race-baiter.

The 2020 Democrats are all rushing to see who can be the most “woke”.  All of them publicly genuflected before Al Sharpton, his Majesty of race baiting and buffoonery.

The National Action Network convention this week was just an opportunity for the radical 2020 Democrats to show just how far left they are, all of them squealed “Yes!” when asked if they would sign a reparations bill. Hickenlooper hesitated and was scolded by the audience.

AOC attended the event also, (she shows up every where, doesn’t she?) The Democrat Leader followed in the steps of Hillary Clinton and put on her best phony southern accent, all that was missing was the “hot Sauce” in her purse.

When called out about her pandering, AOC lied again and claimed that “I am from the Bronx, and we always talk like that” (You racist!)

She lied to get out of a lie, she is from Westchester.

Funny how Democrats have to do their best “black preacher” impersonation when they are in front of a black audience.

LAURA INGRAHAM: The 2020 fanatics have renewed their calls for reparations while kissing the ring of Reverend Al at the National Action Network convention this week […] Now Michael, you say this is all a scam. Explain.

MICHAEL MEYERS: Of course it is. It’s more of that blame whitey movement, mania, madness. And it’s sheer racial rhetoric, and that’s what you get at the Al Sharpton so-called “house of justice.” You have buffoonery, and you have diversion, you have distraction. You have this notion of farce. So, at that house of so-called justice, you have either a horror picture show showing, or you have a farce. Either way, it is not to be taken seriously. I can’t understand how serious presidential contenders can give legitimacy to a racial blowhard. And I think it is outrageous and silly and idiocy on the part of the presidential candidates. And anybody who thinks that white Americans are going to take the blame or going to feel guilty or give their land and their property away in some sort of reparations plot, because they feel responsibility for the sins of their forebears. They’re not.

It’s time to tell these race pandering hustlers that patriots have no skin color.

Wouldn’t that put them out of business?

Yes, yes it would. 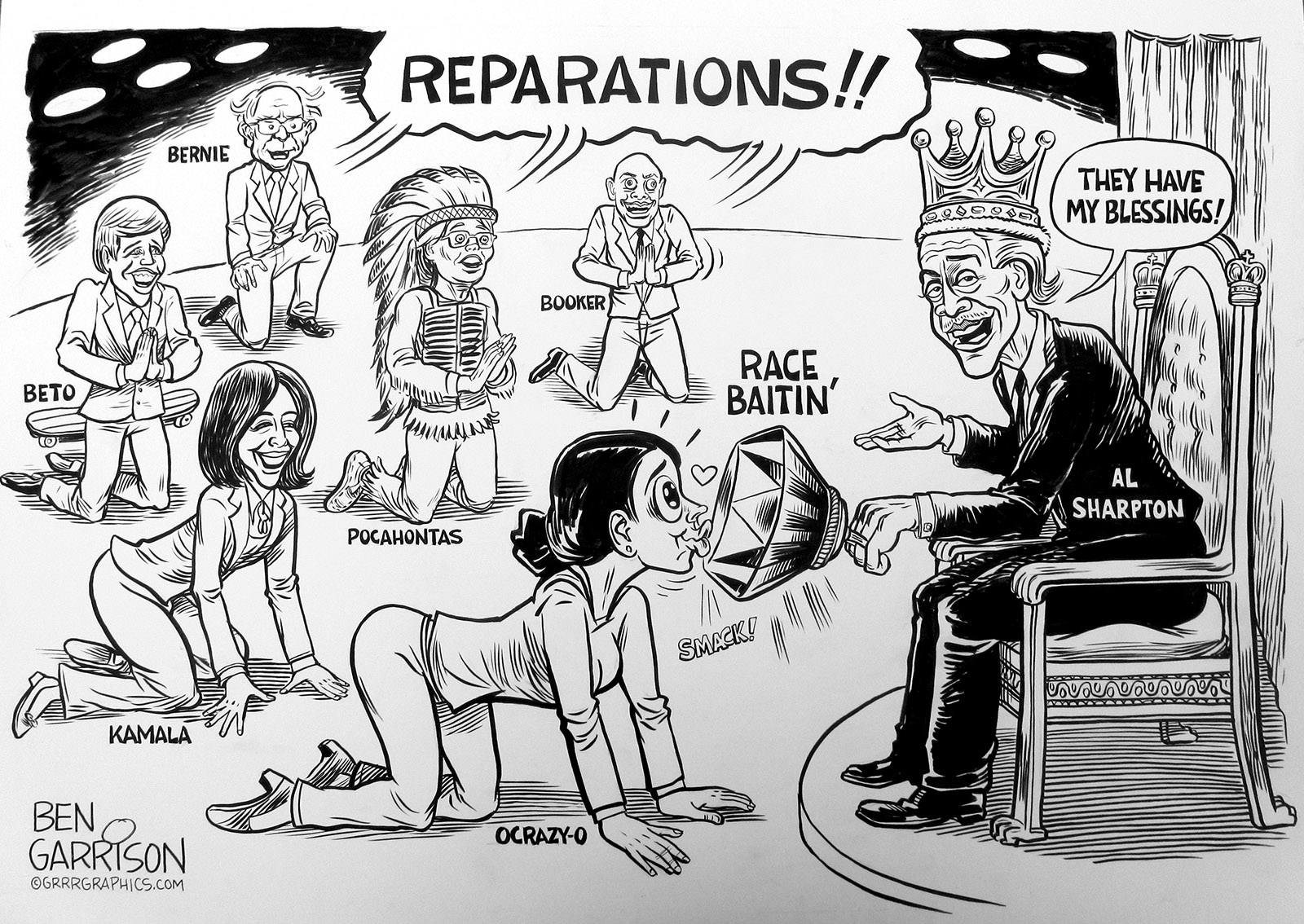