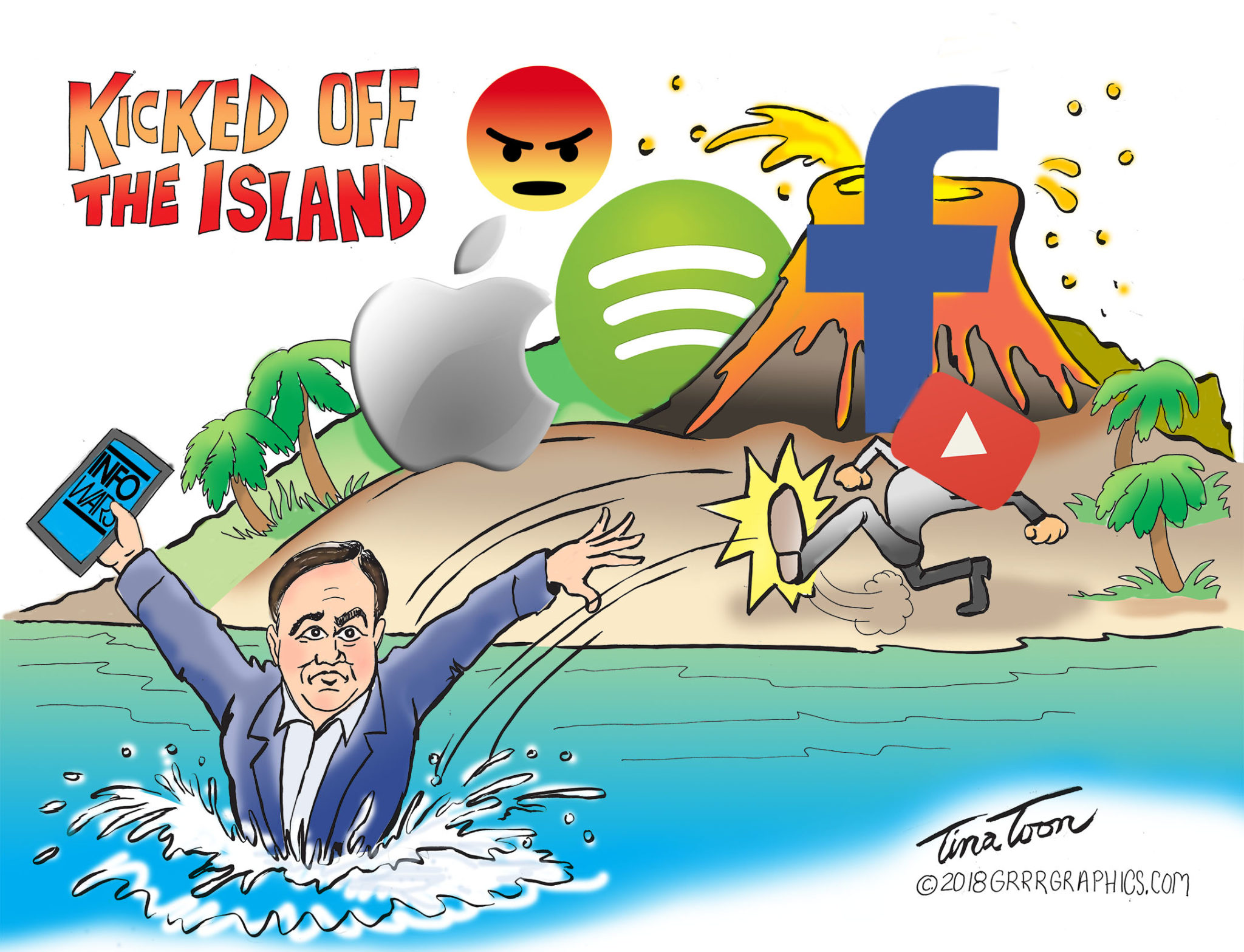 The Globalist far left Social Media corporations flexed their muscles and colluded together in order to kick a dissenting voice off their social media island.

This is chilling and a red alarm to those to value the freedom of speech and debate over issues that are so important to our lives.

Even if you do not agree with Alex Jones, you can speak out and support him in this battle of censorship against Group Think and Tyranny.

In 2016, the Left lost the battle on social media and Donald Trump was elected. In 2018, they do not plan on making the same mistake twice. They will shut down opposing voices that speak out against their narrative.

This is a move of desperation, if they were winning the battle for hearts and minds they would not have gotten out the jackboot of suppression to squash conservative voices on the right.

Violence rises against people who do not agree with the radical left and they are chased out of restaurants and public places. MAGA hats are stolen and Trump supporters are spit upon because they dare voice a different opinion.

The anti-fascists are the real fascists.

We need to stand strong, unite and push back. #WWG1WGA

First they came for the Alex Jones, and I did not speak out—      Because I was not a Info Wars listener.

Then they came for the Conservatives on Social Media, and I did not speak out—      Because I was not a Conservative.

Then they came for the Trump Supporters, and I did not speak out—      Because I was not a Trump supporter.

Then they came for me—and there was no one left to speak for me.

Support RedWave Cartoons! Now more than ever, we need to stand strong against the Tyranny and Censorship of the Left & Social Media! Join us on Patreon or make a small donation! Thank you!