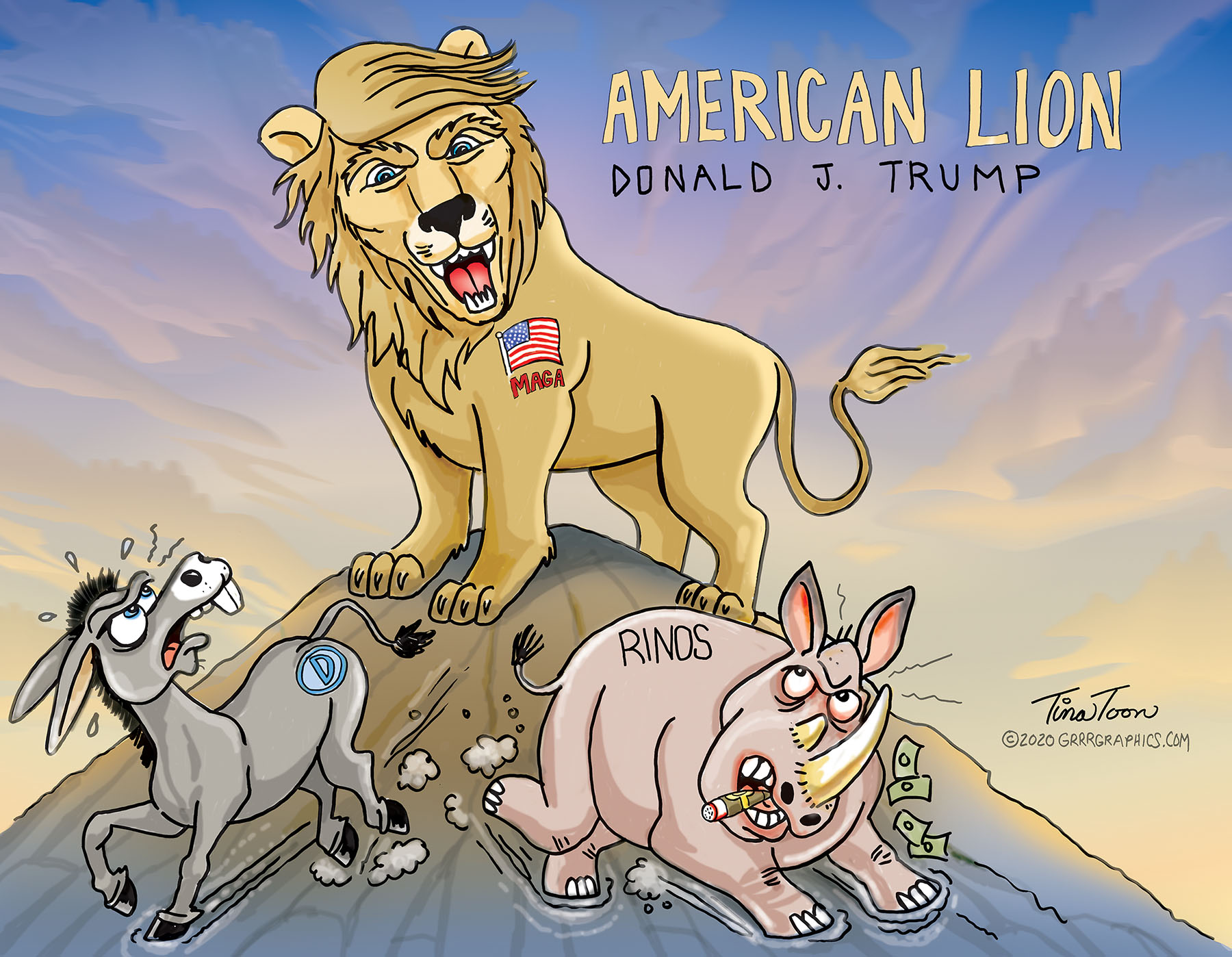 Keep Your Jackass and Rino, We have a Lion defending America

For too many decades American citizens suffered as  the Washington elite became richer and more condescending to we, the people. The jackasses and rinos grew fat and sassy in Congress and lined their pockets with easy cash from soulless corporation lobbyists.

Americans watched as their jobs were sent overseas, their cities and roads crumbled, and their taxes rose.

The borders were open and illegal aliens were treated better than citizens. The American dream became an empty promise.

The Swamp mouthed banal platitudes every four years as they pandered for votes. Secure in another election, the politicians went back to ignoring the voters until the next election arose.

The jackass and rinos ate well at the corruption table.

Something happened. Something new, yet familiar, something that had almost been forgotten.

A roar echoed throughout the land.

A lion hearted, fearless man who stood up for America and shouted,  NO MORE! 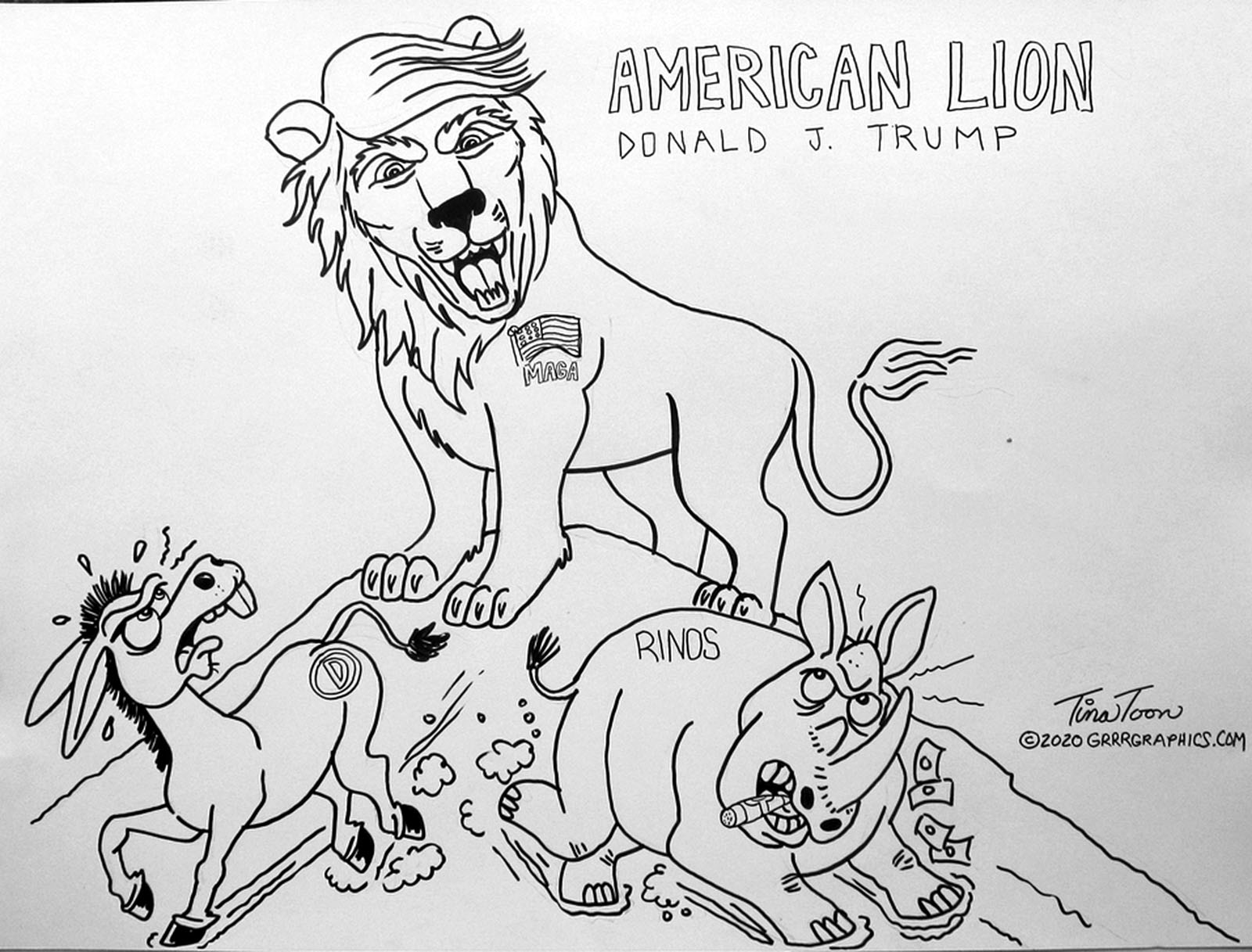